This was one description of current political hits scored against the Corrections Minister and his department. Some of the problems exposed have been serious, such as staff smuggling contraband.

Some have been trivial (prisoners being ‘rewarded’ with takeaways), and one, the death of Liam Ashley, was undeniably tragic. The Ombudsman has also criticised the department in two recent reports. Suffice it to say, the life of the minister hasn’t been a box of birds of late.

The 1999 referendum on criminal justice saw 92 percent of New Zealanders voting for minimum sentences and hard labour for violent offenders. ‘Lock ‘em up’ proponents have dominated the criminal justice system debate ever since, even though the referendum also questioned whether greater emphasis should be placed on the needs of victims. The new Labour Government responded with great enthusiasm. Sentences were reformed and our current record prison population (8,076 at last count) was the result. New prisons have been built to house the current and forecast muster, and many now realise this may not have been the most effective method to reduce reoffending.

Questions have been asked about prisons’ ability to rehabilitate. Last year Corrections scrapped the under-performing Thinking Straight and 100 hour prisoner rehabilitation schemes after it was found that offenders who took part in these were actually more likely to reoffend.

Until recently, little attention has been given to effective interventions, including prison drug treatment units, designed to tackle alcohol and drug problems across the wider criminal justice system – in police cells, courts, prisons, the community and on release.

Our cover story takes a look at what we think are the ‘best buys’ for the criminal justice system. As well as addressing the serious health needs among prisoners, these measures should go a long way towards reducing reoffending.

This Matters of Substance coincides with the release of our policy position on tackling alcohol and drugs in the criminal justice system. We urge all political parties to take a reasoned look at these issues and hope effective responses will be made, rather than mere political point scoring.

NB Over 10 years the Drug Foundation has published 500 articles in the Matters of Substance magazine. Half of these stories are available here as webpages, and the rest are in PDF format only (download August 2007 copy 1 MB). 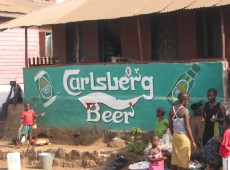 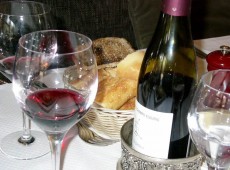