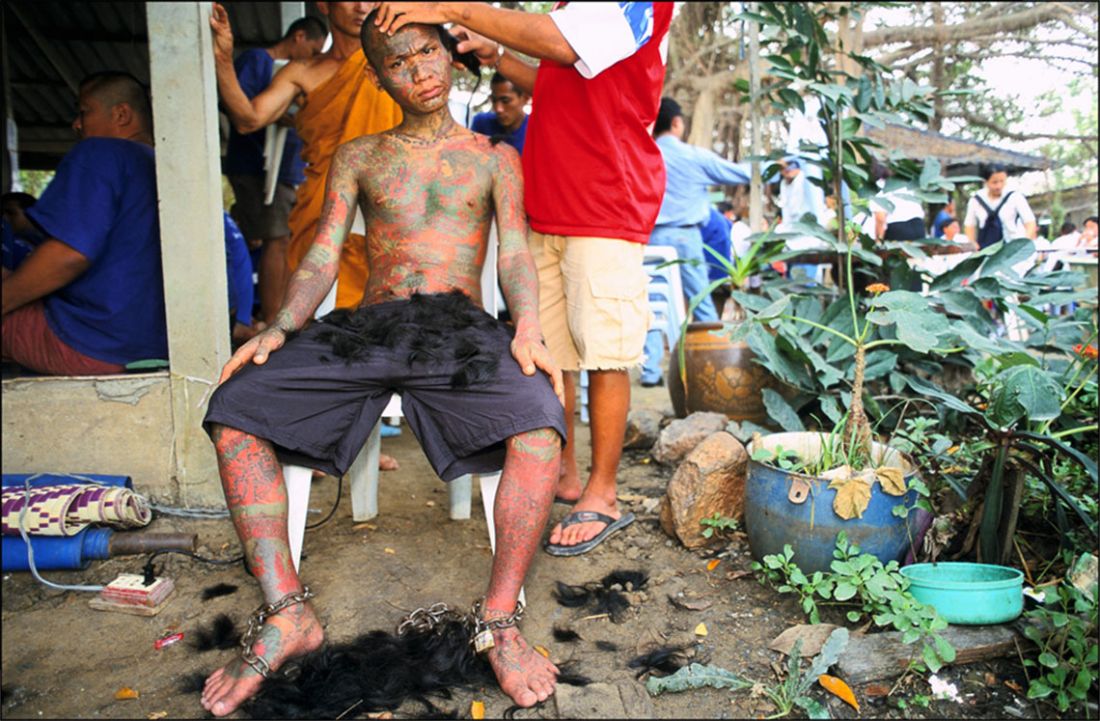 Slave labour. Torture. Forced participation in medical research. It reads like an account of some bleak, distant chapter of human history – but it’s the contemporary reality for around 300,000 people detained in more than 1,000 compulsory, government-operated drug treatment centres in East and Southeast Asia. Russell Brown reports.

The line between support and punishment for drug users has been blurred in many countries, but the situation in East and Southeast Asia is particularly dire. Drug users suffer human rights abuses not even inmates convicted of serious crimes have to face. And compulsory treatment fails not only ethically, but practically as well. It’s not just cruel; it doesn’t work.

A 2009 World Health Organization review of practices in Cambodia, China, Malaysia and Vietnam (with a particular focus on injecting drug use and HIV) found some recent improvement in China but made a series of urgent recommendations as a short-term means to improve practices in the treatment centres, starting with making them non-compulsory.

First, said the authors, a distinction needs to be made between people who use drugs occasionally and drug-dependent people. Those dependent should have the choice to attend a drug treatment facility or not, since the right to health also includes the right to be free from non-consensual treatment.

Further, treatment centres should be age- and gender-appropriate, offer evidence-based medical care, including methadone treatment (evidence shows opioid substitution therapy is the most efficient way to treat heroin dependence) and anti-retroviral therapy. They should offer HIV-prevention advice and be free of charge. Mandatory re-education labour is to be discouraged.

Last year, a dozen United Nations agencies, including the UN Office on Drugs and Crime (UNODC), UNESCO and UNICEF, made a similar call, but much more forcefully. In a joint statement, they called on “states that operate compulsory drug detention and rehabilitation centres to close them without delay and to release the individuals detained”.

As well as threatening the health of detainees, the agencies said, compulsory treatment centres posed a broad threat to human rights. Detention frequently takes place without due process or legal safeguards.

“Furthermore, detention in these centres has been reported to involve physical and sexual violence, forced labour, sub-standard conditions, denial of health care and other measures that violate human rights.”

The agencies’ statement capped a more important and practical move that began in 2010 when international agencies began to withdraw funding from detention centres.

In his recent article for the International Journal of Drug Policy, ‘Compulsory drug detention in East and Southeast Asia: Evolving government, UN and donor responses’, Joe Amon notes that UNICEF and other donors have in the past offered donor support to detention centres in Cambodia, Laos and Vietnam as a kind of lesser evil, in an attempt to build the capacity of the existing centres to provide drug dependency treatment and as part of a policy of strategic engagement with government officials.

The force and nature of the UN agencies’ landmark statement might have given the impression that no progress was being made at all. Happily, the news is a bit brighter than that. Indeed, it may be that the tide has begun to turn on the culture of compulsory treatment.

Six months after the joint statement, a UNODC publication hailed Malaysia’s two-year-old network of open-access Cure & Care 1 Malaysia Clinics. It said, “Malaysia has made considerable progress in the provision of drug treatment.”

UNODC noted research visits to the clinics by delegations from Vietnam, Cambodia and Myanmar, countries that all plan to make changes in the way they treat drug dependence. Has Malaysia become the regional exemplar?

“That is a fair conclusion,” says Fifa Rahman, Policy Manager at the Malaysian AIDS Council, “but only in regard to countries that currently practise worse regimes. It’s important to note that we still have compulsory centres that have not been phased out. People are still being sentenced.”

Daniel Wolfe, Director of the Open Society Foundations’ International Harm Reduction Development Programme, agrees that Malaysia is providing a useful model for other countries, both through direct visits like that by the Vietnamese delegation and via regional conferences.

“But Malaysia may also be a model in another, less desirable way, since most countries in Southeast and East Asia that practise drug detention seem to want to at least keep compulsory centres operational.”

Rahman says Cure & Care clinics, “have methadone provision and basic healthcare services. Vocational training and job placement occurs upon referral to a separate facility. They are trying to integrate services beneath one roof, in a similar way to Switzerland.

“But due to the conservative Muslim sensitivities the government subscribes to and stigma arising therefrom, sexual reproductive services are nowhere near what they should be. Cure & Care clinics also do not allow for needle and syringe programmes. Clinics frequently have quotas and waiting lists, and that impedes treatment. There are some Cure & Care clinics, however, that operate above capacity.”

Rahman credits the Director-General of Malaysia’s National Anti Drug Agency Puan Sri Dato’ Zuraidah Haji Mohamed for the positive change. Government officials, she says, have far less to say and “the media is pretty quiet about the transition to voluntary treatment”.

Wolfe says the local leadership of officials like Mohamed remains the key factor in progress.

“Statements by the UN, criticisms of forced labour by American apparel manufacturers and human rights reports have all likely played a role, but country buy-in has been the single definitive factor. Without local leadership willing to push for alternative approaches and a move beyond the ‘control and contain’ approach that has been common to many countries, there would be thousands more detainees.”

Both Wolfe and Rahman agree the motivation for change is driven more by the recognition that the old approach was simply ineffective than any ethical qualms.

“I’m not sure if you’ve had many candid conversations with Malaysians,” says Rahman, “but if you ever did, you would realise that ethics is not predominant within their education.”

Efficacy is a much easier sell. “At the recent International Harm Reduction Conference in Vilnius,” says Wolfe, “a representative from the World Bank presented a slide showing sharply improved success from the Cure & Care centres compared to the compulsory centres run by the same agency.”

Amon writes, “Despite rhetoric that drug users are ‘patients’, not ‘criminals’, the approach in most countries is still driven more by an imperative of maintaining social cohesion, which is seen as paramount over individual rights.”

Inevitably, progress in the region remains uneven, says Wolfe. “And China, which has proven indifferent to many external human rights commentaries and is too big an economic force to be intimidated by threats by outside labour advocates, may be particularly hard to move on the drug detention issue. Other countries, like Cambodia and Laos, are more off the international radar and also should not be forgotten.”

UNODC, which has taken the strongest stance amongst the agencies, might be accused of wishing change into being when it hails progress on reform. Nonetheless, there is a new, cautious optimism that lasting change is now in motion towards a goal that will, says Amon, require “much more work” to reach.