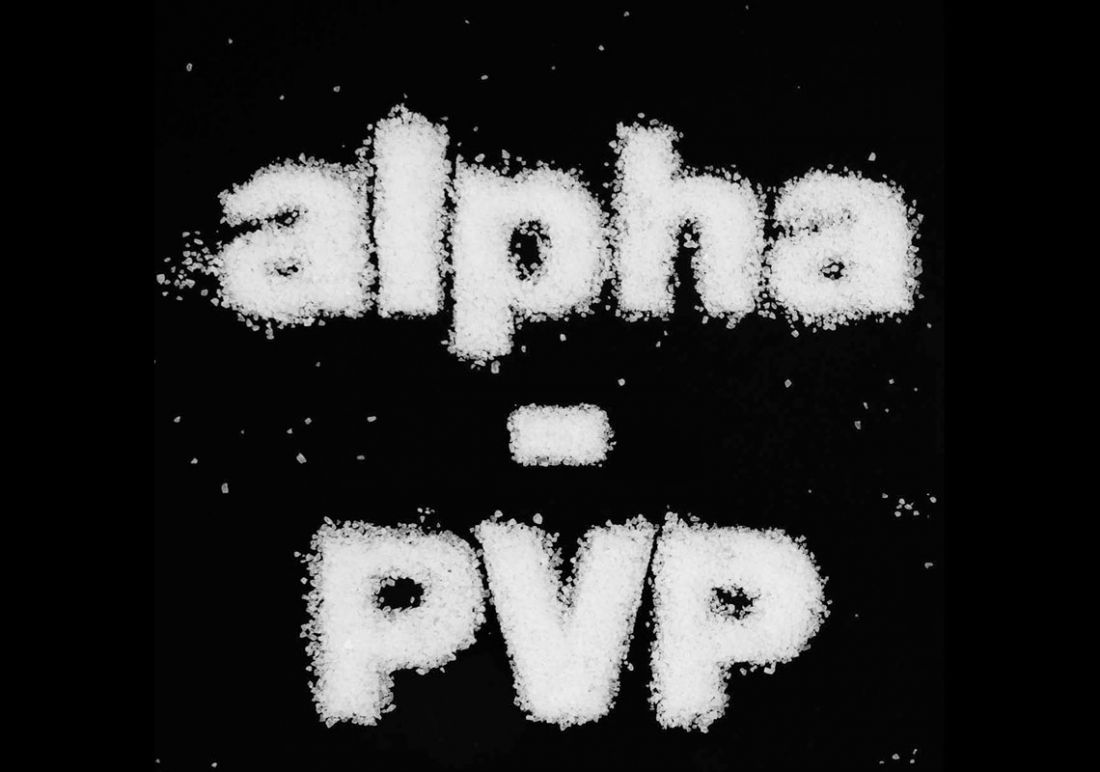 Alpha-pyrrolidinovalerophenone – also known as α-PVP, alpha-PVP, gravel, flakka or niff – is one of a number of recreational drugs in the ‘bath salts’ (or cathinones ) family, so called because they resemble bath salts and because they have sometimes been sold disguised as them.

Originally synthesised in the 1960s, alpha-PVP usually comes in a crystal form that can be smoked, snorted, injected or swallowed. The high can last for three to five hours, but many users report it can be subtle at first and slow to come on. This has caused some to ‘re-dose’ early and use more than they intended – with unpleasant results.

Alpha-PVP is an analogue of methylenedioxypyrovalerone (MDPV), a powerful stimulant with similar effects to methamphetamine. It has been sold as a designer drug, originally in the US, since the early 2000s. There has been very little research done on it. Its toxicity – and even exactly how it works – are not known with any certainty. The few studies that have been done, however, lend scientific weight to the frequent assertion alpha-PVP can really mess with your mind.

A 2014 study published in Neuropharmacology, for example, found alpha-PVP acted as a stimulant for rats and that their behaviour became increasingly bizarre at higher doses.

We don’t seem to need the rats. Weird stories abound in the media. In April this year, the Associated Press reported that a man who had taken alpha-PVP ran naked through a Florida neighbourhood, tried to have sex with a tree and told Police he was the mythical god Thor. Two others tried separately to break into jail because they thought people were chasing them. One wound up impaling himself through the buttocks on a fence.

“It actually starts to rewire the brain chemistry. They have no control over their thoughts. They can’t control their actions. It seems to be universal that they think someone is chasing them. It’s just a dangerous, dangerous drug,” Don Maines, a drug treatment counsellor in Fort Lauderdale, told Associated Press.

In New South Wales, 44-year-old Glenn Punch and his partner Rachael Hickel injected a legally purchased alpha-PVP product known as ‘Smokin’ Slurries’. Punch died of a cardiac arrest while wrestling security guards after jumping a fence naked into a shipping yard. Hickel fell off a truck, injuring herself badly, and ran off topless and covered in blood yelling, “Help me, help me!”

It actually starts to rewire the brain chemistry. They have no control over their thoughts. They can’t control their actions.

These are sensationalised stories that make excellent media fodder and likely reflect the bizarre behaviour associated with having taken high doses of alpha-PVP. Nevertheless, purely positive user experience reports are hard to come by, even with more moderate doses. Matters of Substance could find only one on the drug education and harm-reduction website Erowid, and that was by a user who insisted his drug use was extremely disciplined.

He reported euphoria and increased focus, but most other reports suggest the elation (and the tinglings, warmth, erections and clarity) soon gave way to anxiety.

Alpha-PVP is around and used in New Zealand but does not appear to be commonplace – with just one solitary review on the New Zealand TripMe website. Police and Customs have reported intercepting its importation since at least 2012. As recently as April this year, four Wellingtonians were caught importing more than three kilograms of alpha-PVP (it originates mostly from countries like China and Pakistan).

Detective Senior Sergeant Brent Murray said in a media statement that alpha PVP is one of the emerging drug threats, which is usually sold in capsule form here, for around $40, and is snorted.

It is not explicitly scheduled under the Misuse of Drugs Act but is treated as a Class C substance due to its significant structural similarities to other Class C drugs.

In the US, it is only technically illegal in a handful of states, but it has been placed under a temporary nationwide ban effective from February 2014 – no doubt due mostly to the naked and darkly amusing exploits of its users who made the news.

Only one Australian state has made it specifically illegal. That is, of course, New South Wales, after the death of Glenn Punch and of another young man who jumped off a balcony while high on a similar substance in Sydney.

First synthesised in the 60s

Sold in the US since the 00s