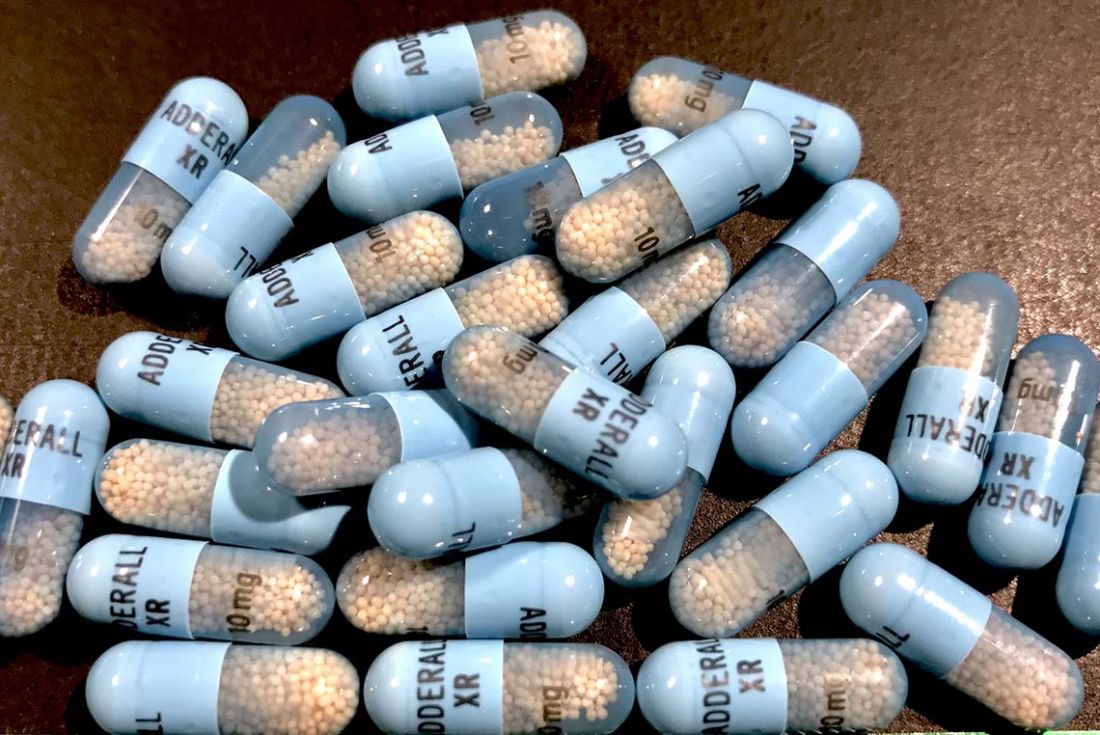 Performance and image-enhancing drugs (PIEDs) are substances taken by people who want to improve their sporting performance or their physical appearance – in many cases, both. Generally, they aid recuperation from exercise and help you train harder and longer, increasing your fitness and musculature and (hopefully) your sex appeal.

PIEDs include steroids (help grow and repair muscle tissue), peptides (stimulate the release of human growth hormones and are difficult to detect) and varieties of pure hormones. Most of these substances have genuine medicinal uses, such as for recovering from injury, and many are classed as prescription medicines, meaning it’s illegal to import them for personal use in New Zealand under the Medicines Act. Offences are punishable by up to three months jail or a fine of up to $500. It is not strictly illegal to possess or use them, but it is illegal to sell or supply them. Penalties for the latter are significantly higher than for personal use.

Is use becoming more frequent?

PIEDs have been around in New Zealand for decades, but there is mounting evidence that their use is becoming more widespread.

Former bodybuilding champion Justin Rys (Mr Big), who was jailed for importing fantasy with a street value of $2.1 million, told The Press in September last year that use has probably increased 10-fold over the last five years.

“Now it’s anyone who ever wants to look good, anyone who wants to get bigger to get girls – it never used to be like that.”

That same month, Fairfax Media made its own inquiries and found that PIEDs use was now more wide-reaching than just bodybuilding circles, with many recreational gym goers seeking a quick fix.

The same article reporting this finding quotes Drug Free Sport New Zealand (DFSNZ) Chief Executive Graeme Steel as saying he receives regular reports that the use of PIEDs is growing within the recreational arena.

“Some of the country’s leading gyms were at the heart of the problem,” he said.

Amid growing concern about drug use among young people, DFSNZ undertook a study on seven of the country’s top first 15 rugby teams in late 2014. The study was prompted by young South Africa and UK rugby players being caught doping.

While the research found widespread use of nutritional supplements, only two of the 142 players surveyed had taken prohibited substances. However, a significant 20 percent said they felt they were at risk of taking them. The researchers also noted there was a lot of pressure on young men to look good and that this may impact on drug use in sport.

“It confirms our idea that [young people] are vulnerable. The dangers of supplement use don’t seem to be as clear to them as we would like,” Steel said.

Ministry of Health figures also suggest PIEDs use is on the rise, and seizures of parcels by Customs more than tripled between 2008 and 2013. In 2013, around 340 parcels containing PIEDs – with an estimated street value of about NZ$590,000 – were intercepted by authorities. In 2008, just 89 similar packages were seized.

PIEDs also gained huge media attention across the Tasman in February 2013, when an Australian Crime Commission report linked organised crime to providing these substances to professional AFL and league players.

Given what is happening elsewhere, it should be no surprise that PIEDs use also seems to be on the rise in New Zealand.

While we don’t know the long-term effects of some of these substances because they are so new, what we do know about the overuse of steroids, for example, is alarming. They can lead to high blood pressure, liver damage, changes to the heart, breast growth in men and shrinking of the testicles.

And we could ask Justin Rys about the long-term effects of these substances – if he were still alive. Unfortunately, Rys, who had become a campaigner against the use of PIEDs, died in June 2015. He was just 38. Doctors struggled to identify what was causing his illness, but Rys was in no doubt, describing himself as the author of his own misfortune and using his illness as part of his anti-PIEDs campaign.

In short, PIEDs can kill you, but before they do, they also bring with them all the additional risks associated with other injecting drug use, including infection, transmission of disease through needle sharing and other problems caused by incorrect injecting and lack of hygiene.

A particular problem with PIEDs is that they are often purchased over the internet without medical advice from entirely unregulated markets. There is no control over the quantities people might take or what they might take, and there is no opportunity for supervision by a medical professional. Some PIEDs in common use are research chemicals not yet approved for human use or not meant for human use at all.

And when buying in unregulated markets, there is always the danger that substances are not what they claim to be. In one recent investigation, Police found a supplier was ordering products in bulk and labelling them before selling them on. Detective Superintendent Ray van Beynen told The Press in September 2014 that what was actually contained in the products the supplier was peddling was quite different from what the labels advertised.

“In those cases, it is users who pay the price,” he said. Rys said something very similar before he died:

“It’s not pure any more. It could be fucking anything.”

Another problem – more to do with buying products locally from others who have imported them illegally – is that young buyers become exposed to unsavoury characters who may encourage them to buy other ‘products’ or lead them into dangerous situations. We’ve already seen the links between PIEDs and organised crime in Australia, but similar links are evident in New Zealand.

World Anti-Doping Agency Director General David Howman says the availability of PIEDs in New Zealand and other countries is a ‘‘major concern’’. Global intelligence revealed organised criminal links to the trafficking of PIEDs, and there was ‘‘stack loads of money to be made’’. Remember, these are people whose primary concern is not their customers’ health but to get people to buy more drugs.

Lastly, and perhaps most tragically, there is the damage done to young people’s sporting careers through sanctions when they are caught. On 5 June 2015, DFSNZ announced an under-19 representative and Lincoln University rugby player was banned from all sports for two years for importing the human growth hormone precursor GHRP-6.

“This young man has paid a high price for a poor decision, which has affected his immediate future in rugby,” Steel said – and he was dead right.

It’s easy to get carried away imagining hordes of young people shooting up unknown substances in gym room toilet stalls, but that’s probably the extreme end of the picture. In the scale of things, however, PIEDs use in New Zealand is not a widespread problem in comparison to other drugs like alcohol, cannabis, methamphetamine and tobacco, where our harm-reduction efforts require significant attention.

Note, for example, that DFSNZ research found only two out of 142 young sportsmen had taken illegal substances. That’s much less than 1 percent – a tiny drop compared to many other drugs. Where PIEDs use is an issue, sporting bodies have the systems in place to police it (or should do). There’s national support from many agencies including Police, DFSNZ, Sport NZ and the Health Ministry. Let’s leave it up to them and concentrate on the drugs that do most harm.

And there isn’t overwhelming evidence for health harms resulting from PIEDs use. In most cases, large doses have no greater effect than the correct dosage, so overdose is not a significant risk. Unlike substances such as alcohol and tobacco, it is very hard to link PIEDs use with death, and Justin Rys’s death is hardly robust evidence for such a link. By all accounts, he took atypical and excessive amounts of these substances, and excessive amounts of anything will kill you.

There just isn’t the strong evidence to show any links with organised crime. Late last year, Associate Minister for Sport and Recreation Murray McCully told Fairfax Media that a recent Sport NZ-led assessment found no evidence of widespread drug use or organised crime in New Zealand sport. Fairfax Media approached Associate Health Minister Peter Dunne’s office about the potential for tougher legislation surrounding PIEDs. A spokesperson said, ‘‘The level of concern raised about this issue at this stage does not warrant legislative action.’’

In the same article, Medsafe Group Manager Dr Stewart Jessamine said he had not seen evidence that suggested the use of PIEDs was widespread in gyms, and large numbers of people were not being admitted to hospital as a result of using the drugs. Five of the country’s leading gyms were also approached by Fairfax and all were found to have zero-tolerance policies to drugs and said any illegal activity would be referred to authorities (and in a few cases, it had).

So, in short, the evidence for harms from PIEDs use is just not robust enough to justify us getting all ‘het up’. Increasing PIEDs penalties, certainly just for use, will only produce more criminals, and New Zealand already has too many people going to jail for drug use or dealing with the stigma that stops them seeking help. Until we’ve got conclusive evidence, there seems little need to do anything more. Maybe we should just let the PIEDs users deal with the side effects and any impacts on their sporting careers. That’s probably punishment enough.