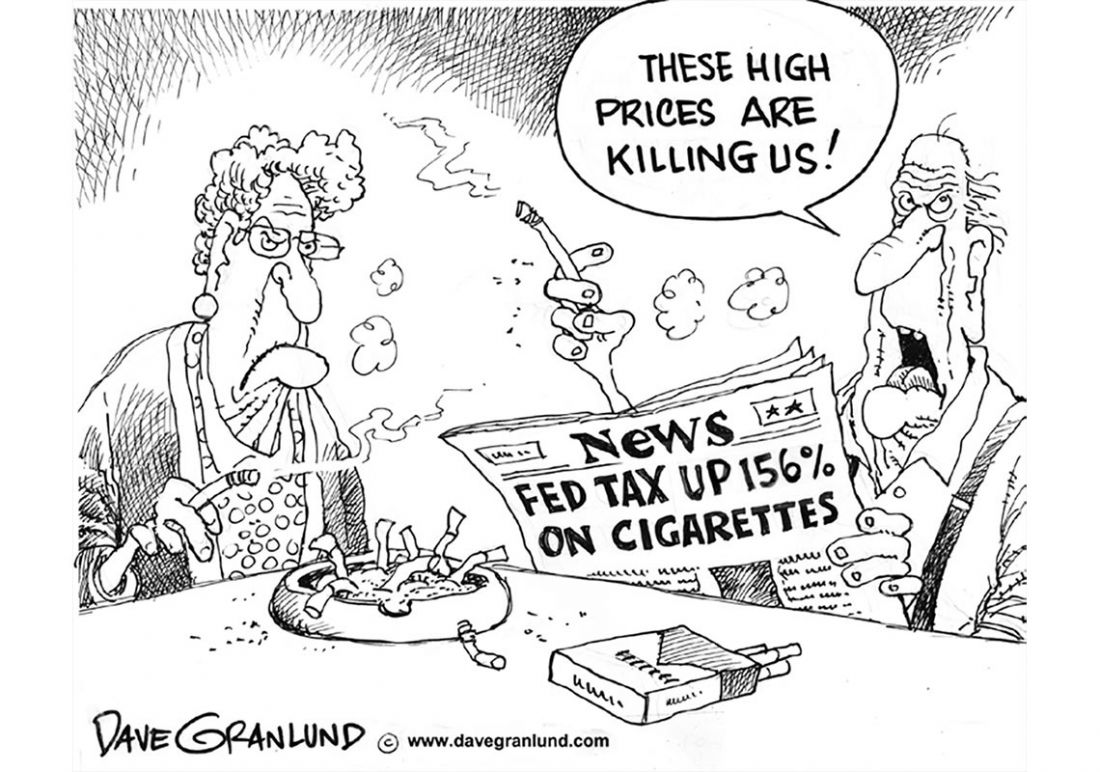 In this edition, Viewpoints looks at whether tax increases are an effective public heath tool to reduce tobacco consumption and finds the answer is yes and no – it depends on your perspective.

New Zealand's tobacco control community was delighted by the Government’s surprise inclusion of four more years of annual 10 percent tobacco tax increases in the May 2016 Budget – in the main. We’ve had such tobacco tax increases for the last four years, and each time they occur, there are some who argue in the media that all they will do is hurt the poor who won’t be able to quit and will consequently have less money to spend on healthy food and shoes for the kids.

However, this year, the voices opposing the increases have been a little louder, perhaps because they’ll result in your average pack of 20 costing around $30 by 2020. That sort of cost can put a real squeeze on the finances of a family on a low income, which would have a likely flow-on effect for other areas of family expenditure.

In fact, that price would mean New Zealand had the most expensive cigarettes in the world, rivalled only by Australia.

Opposition to the taxes has been spearheaded by Māori tobacco researcher Associate Professor Marewa Glover.  She supported the tax increases as recently as last year but is now on record labelling them as racist. Glover is reported in the New Zealand Herald on 30 May saying the measures discriminate against Māori, people with mental health issues and others.

So, as the New Zealand Initiative’s Dr Eric Crampton points out, for every Māori smoker who actually does manage to quit, there are about 16 and a half who are going to be paying an extra $1,000 a year for a half pack a day smoking habit.

“Can we really say something is working and effective in reducing consumption if it’s putting that kind  of a burden on some of our poorest communities?” he asked during a Radio New Zealand panel discussion on 5 June.

So, the argument goes, tobacco taxes are inequitable and inherently unfair.  The rich can afford to continue to smoke because they can absorb the price increase and still afford the other health essentials. They seem also to be better connected to the health system, being more inclined to access quit smoking services than their poorer counterparts – and are thus more likely to quit.

And it seems they do. The smoking rate for non-Māori New Zealanders has fallen to around 9 percent, the lowest it’s ever been, but it’s difficult to say just how responsible tax increases have been for this decline or how much has been the result of increased media activity around plain packaging, smokefree areas, vaping and the general cruddiness of tobacco company behaviour.

There’s been a corresponding decrease in the social acceptability of smoking. Having friends and colleagues look down their noses at you ever so slightly every time you light up is probably a very effective tobacco control measure. But ask any smoker, and they’ll probably tell you that, even more than this and even more than fears for their health, it’s the hit to the wallet each day or each week that is finally motivating them to quit.

That tobacco tax increases are racist  is countered by their original architect, Dame Tariana Turia, who told the  New Zealand Herald, also on 30 May, that race had nothing to do with it but that “this particular initiative was about stopping the uptake of cigarettes by young people”. That’s a good argument. Forking over $30 every day may be something someone dependent on nicotine would do. A young person looking to experiment with being cool? Maybe not so much.

It seems to have worked. Youth health surveys by the University of Auckland have found youth smoking rates have plummeted, including for young Māori. For example, the ‘smoking at least weekly’ rate has fallen from 24.8 percent for Māori secondary students in 2001 to just 8.3 percent in 2012. Tax has probably had something to do with this.

But it seems it may not just be the Māori young. According to the 2013 Census, smoking rates for Māori women has plunged from 45.5 percent in 2006 to 34.7 percent. For Māori men, the fall has been from 27.3 percent to just 20.5 percent. Tax probably had something to do with that too, but it’s hard to be certain how much. What it does show is that two sources of statistics can contradict each other and that we don’t know for sure  how many Māori smoke or whether the rates are still falling.

Quibbling aside, that increasing price reduces general consumption is high school economics, even with the added complication of addiction as a purchasing drive.

So what evidence do we have that tax increases reduce smoking rates? The studies have been plentiful.

In France, increases in tobacco taxation that began in the 1990s led to a threefold increase in the inflation-adjusted price of cigarettes and, by 2005, to a halving of cigarette consumption from around six cigarettes per adult per day to three cigarettes per day. Lung cancer rates in France among men aged 35–44 years fell from 1999 onwards.

A 2010 report of a six-day meeting in Lyon, France, to evaluate existing literature concluded there was sufficient evidence that increased tobacco taxes were effective in improving public health by preventing uptake among young people, promoting cessation among current users and lowering consumption among those who continue to use. The word ‘sufficient’ means the researchers were pretty certain about 12 of the 18 statements made by the experts at the meeting. Evidence for four  of the remaining statements was only described as ‘strong’.

The World Health Organization Report on the Global Tobacco Epidemic 2015: Raising taxes on tobacco says the abundant research shows that a 10 percent price increase will reduce overall tobacco use by around 4 percent in high-income countries and by slightly more in low and middle-income countries.

These figures were reiterated by Professor Tony Blakely from the University of Otago’s Department of Public Health who said during the same Radio New Zealand panel discussion that, for every 1 percent increase in price, you probably reduce consumption by 0.4–0.5 percent.

“Does it work? Emphatically yes. Taxing is the most effective way of reducing cigarette consumption,” he said.

There is also evidence for the effectiveness of price from other segments of the public health arena – for example, minimum unit pricing (MUP) as a measure to reduce alcohol consumption. MUP directly relates the cost of a product to  the amount of alcohol (standard drinks)  it contains, so a $2 minimum unit price would mean a pint of beer containing two standard drinks would need to cost at least $4 and a bottle of wine containing nine units would need to cost at least $18.

According to the University of Sheffield, which developed the Sheffield Alcohol Policy Model for evaluating the effectiveness of alcohol policies, there  is an extensive and robust body of international evidence showing that increases in the price of alcohol are associated with falls in both alcohol consumption and alcohol-related harm. This evidence includes several meta-analyses and systematic reviews covering over 100 studies and was summarised in a major review it published in 2008.

Another example that has featured prominently in New Zealand media has been the reported success of sugar taxes. In October 2013, Mexico, one of the world’s most obese nations, introduced a 10 percent tax per litre on soft drinks to help reduce cardiovascular disease. Early studies suggest that, as a result, annual sales of soft drinks in Mexico declined 6 percent in 2014.

It’s still early days, and the real effects of the Mexican tax are still being contested (it may have been too small to have had much of an effect), but that hasn’t stopped public health experts in New Zealand from calling for a similar tax here where obesity rates must be giving those in Mexico a decent run for their money.

Quibbling aside, that increasing price reduces general consumption is high school economics, even with the added complication of addiction as a purchasing drive. Even Professor Glover would agree with that. But that doesn’t necessarily mean excise taxes are always a good idea.

Returning to the issue of a tax on cigarettes, we probably should accept this debate is one where people will agree to disagree. On the one hand, the public health mantra (and it’s a good one) is to take action for the greatest good for the greatest number. If rich Pākehā lives matter as much as poor or Māori or Pasifika lives, the evidence is pretty clear that increasing tobacco taxes is an effective public health initiative. It’s hard to argue with that.

On the other hand, it almost seems perverse to introduce a public health measure that you know will make things worse for the vulnerable and those who can least afford it. It’s just as hard to argue with that.