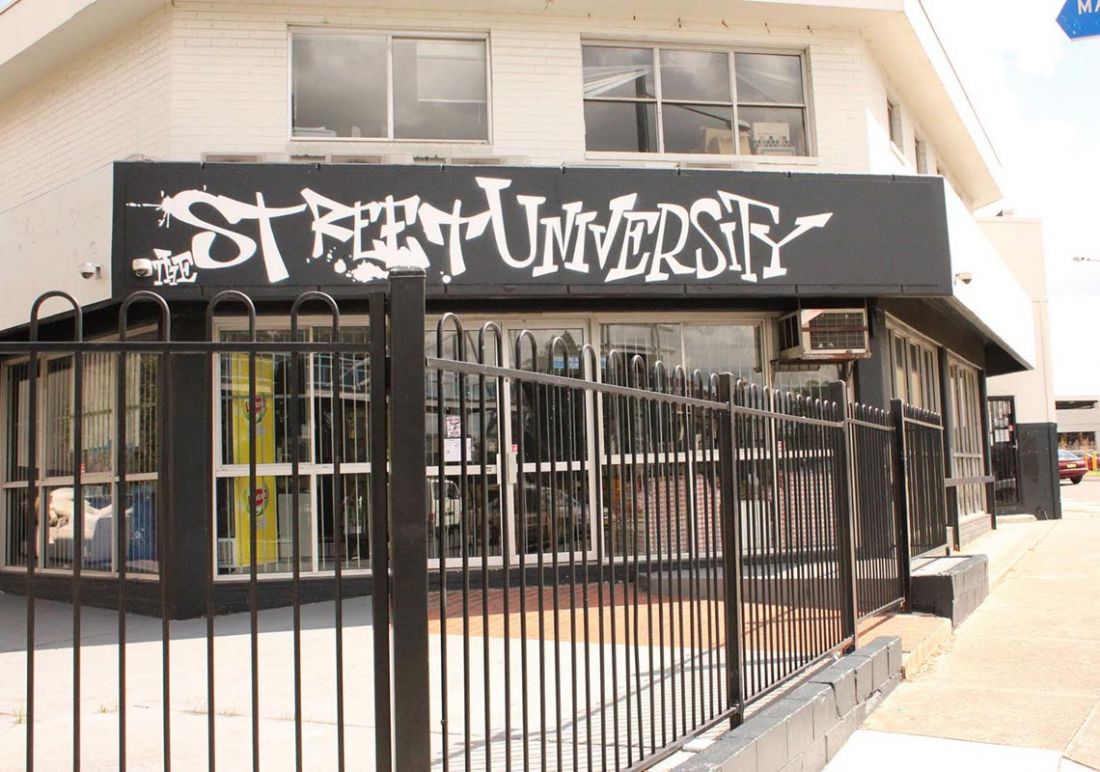 Worried that parents were getting misinformation about out-of-control methamphetamine use in Australia, Matt Noffs wrote a book to reassure people not to panic. Reprinted here is Chapter 35: “Strange bedfellows – when police and health worked together” of Breaking the ice: how we will get through Australia’s methamphetamine crisis.

Most people would assume that police have a ‘lock ’em up’ mentality when it comes to drugs like ice. We are, after all, bombarded with news of drug busts and large seizures. But if you examine what’s actually happening beneath the surface, you’d be surprised to discover that a lot of what the police are currently doing comes from political pressure as opposed to what many police really think they should be doing. Take, for example, former police superintendent Frank Hansen.

Hansen retired from the police force in 2011 after having spent over forty years in the force. After starting out in the local area command, Hansen joined the Drug Squad in 1979 and it was shortly after that that he took on the role of working on the NSW Police Force’s policies around illicit drugs and law enforcement.

When I spoke to Hansen about his time in the Drug Squad, he said that when he first started ‘law enforcement and health were seen as two independent strategies and there was no need for them to talk to each other’. But then in the late 1980s, Australia was gripped by the HIV epidemic and along came the needle/syringe exchange program – a harm-reduction strategy to drug policy. Law enforcement and health workers realised they needed to develop relationships. “That was the first time we developed a policy that talked about using police discretion in regards  to a public health facility and looking at drugs being a public health issue,”  Hansen told me.

‘You started to question not the futility of law enforcement but the role of law enforcement in dealing with mild drug offending, and you thought to yourself, “There’s probably other ways of doing this.” What I suppose came through was the overriding need for good public health. Of course we had a looming HIV epidemic and that was seen obviously to be far more important than prosecuting drug offenders and, by our actions, restricting their access to health services.’

A decade later, Hansen was called in to deal with the highly visible street dealing of heroin in Cabramatta. The troubled neighbourhood was on everybody’s lips, and in the early 2000s the film Little Fish, starring Cate Blanchett, shone an international light on the issues there. There were photos in the media of bodies littering the streets of Australia. It was a difficult time for health professionals,  but police felt hamstrung – as many do now with ice.

Hansen told me that drug users in Cabramatta weren’t all actually locals. ‘They’d come in, buy their drugs, use them – and we had lots and lots of overdoses.

They used them immediately after purchasing or they’d catch the train back out again. But they weren’t locals and they’d come in by the train. It was quite extraordinary.’ He described the overdose statistics as ‘pretty horrible’ and said that it all had a very adverse effect on the general community.

He said that the people using heroin ‘didn’t use it in conjunction with a good time. They used it because it gave them some form of relief and of course as the addiction grew, they needed to take it to satisfy their addiction.’

Hansen started to hold community meetings and said there was a passionate response from locals who recognised it was local kids doing the dealing. He told me that people started coming to his office asking him, "Please, can you do something? We are trying to run businesses here;  we’ve got a vibrant community and it is being very badly affected by this.’

Hansen immediately set about  showing the human face of local policing. He performed a daily foot patrol of the Cabramatta CBD and always had lunch at one of the local food outlets. He discouraged use of sniffer dogs and enticed high-profile media personalities to come to Cabramatta and report not on drug issues but rather the diversity and vibrancy of the area. In short, he clearly demonstrated that the police were there to support the community through proactive measures. Street dealers were still arrested but the ultimate goal was to reduce the harm being caused to the community.

I have had my own experience in Cabramatta community, since starting the Street University in Liverpool in 2008, and I’ve noticed that the area feels completely different now to how it did back when we started. I’m not the only one. Many people talk about the changes over the past decade and a lot of people in the health field credit Hansen for taking a harm-reduction approach to the issue.

One of the reasons I wanted to talk to Hansen was because of what we could learn from his experience developing a campaign in Cabramatta that worked on the hearts and minds of the community instead of enforcing a war zone. How would he approach the issue of law enforcement around drug use today, particularly in relation to young people?

With an addictive drug like ice, he’d look at the addictive aspects of the drug and then chase the dealers as well as the illegal labs, because he said they have become a lot more sophisticated than  they were a decade ago. But he’d also look at the broader issue of drug use from the street and user level. ‘I’m concerned,’ he told me, ‘about the strong policing of young people.’

Hansen sees a correlation between the level of policing at dance parties and music festivals – ‘where you’ve got the dogs and the men in black’ – and the spate of drug-related deaths in 2015.  ‘I think what we’re doing there is we’re alienating a lot of kids, alienating them against police, and I don’t think that’s helpful’, he told me.

Not only is it not helpful in winning the hearts and minds of young people, Hansen also believes that this could lead to very serious consequences. He referred to the evidence of young people, faced with a bank of police officers, ‘throwing bags of drugs down their throats before they are detected’. And it’s not just Hansen who is worried by the trend. One of the major concerns faced by health professionals like Dr Nadine Ezard, who gave a doctor’s perspective on the stimulant in Chapter 9, is that ‘the role that criminalisation of health problems,  or criminalisation of behaviors associated with those health problems, contributes to the health problems rather than solving them.’ She said she and her colleagues have treated young people who have used more of an illicit substance than they intended because they were afraid of getting caught by police. ‘They then present as an overdose,’ she said. ‘That’s an inadvertent harm resulting from the criminalisation of drug use.’

Hansen believes that the role of police at music events should be to act as harm minimisers. ‘Look at the role of the police and their conduct at the Sydney Olympics and at the Royal Easter Show,’ he said. ‘They’re still there but they’re not there  in a fashion that causes alienation.’  He thinks police should be there mingling with the crowd so that they can assist if someone is having an overdose or bad reaction. In this way, he said, they’ll be making sure that if you do take drugs there, that you get proper medical assistance and that people are prepared to tap the friendly policeman on the shoulder and say, “Somebody has just dropped over there; can we get some help?”

So how does Hansen think policy could be changed – so that we move toward the notion of police saving the lives of young people instead of enforcing the law?

‘The Commissioner could actually put an edict out and say, “Police will be in the crowd. If you know of anybody that has a problem in the crowd that happens to have taken drugs, please let the police know, and the police will use their discretion in the action that they take.” Because, as we know, people will take drugs; with all the best will in the world, with all our best intentions, people are going to take the drugs,’ Hansen said.

Hansen is a dad himself; in fact, he’s now a grandfather. He thinks the current policy around policing drugs is creating long-term problems, for instance, for people who might have small-time drug convictions appearing on their records, which might prevent them from exploring a diverse range of career choices in the future.

‘It would be nice if the police were seen to be part of the solution rather than adding to the problem, because at the moment they add to the problem,’ he told me. ‘Rather than an effective deterrent it’s more like retribution for doing the wrong thing. Again, talking about drug use and the side effects of drug use is more helpful than pretending it’s not going to occur.  In a perfect world it would be nice to see police as a support mechanism instead of a mechanism of retribution.’

Hansen speaks passionately about change, and he was a significant part of reducing the heroin crisis in NSW. So perhaps we need to change our attitudes towards what police should be doing in the age of ice?

Matt Noffs is the co-founder of the Street Universities and CEO of Noffs Foundation, Australia’s largest drug and alcohol treatment service provider for young people under 25.

Noffs Foundation works with young people for up to five years after leaving treatment. Young people’s drug use dropped by over 50 percent – that’s for all drugs – after finishing residential treatment. Criminal activity also dropped by a half. Where one in two young people were experiencing suicidal ideation on entering the program, only one in 10 still felt suicidal on leaving. The Street Universities focus on issues related to drugs, mental health, employment, education and crime. Over 10,000 young people frequent the Street Universities every year, and there are currently more than seven around Australia.

Copies of Breaking the ice are on sale at some NZ booksellers, or order from Vic Books.

Reprinted with permission of the author and Harper Collins.