I’ve just had one of the best weeks of my eight years with the Drug Foundation. I’m buzzing, I’m inspired, and I’m just a wee bit star struck.

I’ve been travelling with Christopher Kennedy Lawford, the UN’s Goodwill Ambassador on Drug Dependence, Treatment and Care. Chris is JFK’s nephew, the son of a Hollywood Rat Packer, and is himself a movie star. He’s also just celebrated 26 years in recovery.

While here he met with many politicians, blitzed the media, toured treatment centres, and spoke at two major events. We tired him out but he generously said he would do it all again.

I drove him everywhere and was privileged to hear him share his story many times. Watching his interactions with others in “his tribe” [his words] was intensely emotional. People hung off his every word – they cried, he cried, and a couple of times I got dust or something in my eyes too.

Part of Chris’ mission is to get more people in long-term recovery to speak out (a challenging concept for those used to anonymity). Chris argues not only will this spread a message of hope to those struggling, but it will also better inform the community and lessen the stigma around addiction. Many Chris talked with were open to that message, so expect to see growing numbers of people in recovery ‘outing’ themselves.

Does my refreshed enthusiasm for treatment and recovery signal a move away from the Foundation’s advocacy for alcohol and drug law reform?

No. This year modernising New Zealand’s drug law and expanding health interventions to more people remain priorities. But promoting recovery and championing law reform are part of the same mission.

My week with Chris also strengthened my belief that the criminal justice approach to ‘the drug problem’ is wrong. It reinforces the archaic view that drug dependency is a moral failing, and embeds a destructive stigma that harms so many.

After giving an inspiring speech at Parliament Chris was approached by a man 20 years in recovery. He said he fears that if his colleagues knew his history he would lose his job. He works in Parliament where our laws are made; the place that must fix our obsolete drug law in 2012.

NB Over 10 years the Drug Foundation has published 500 articles in the Matters of Substance magazine. Half of these stories are available here as webpages, and the rest are in PDF format only (download February 2012 copy 5.8 MB). 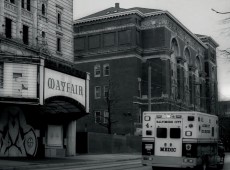 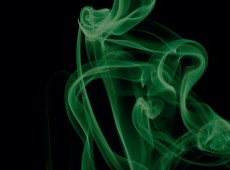