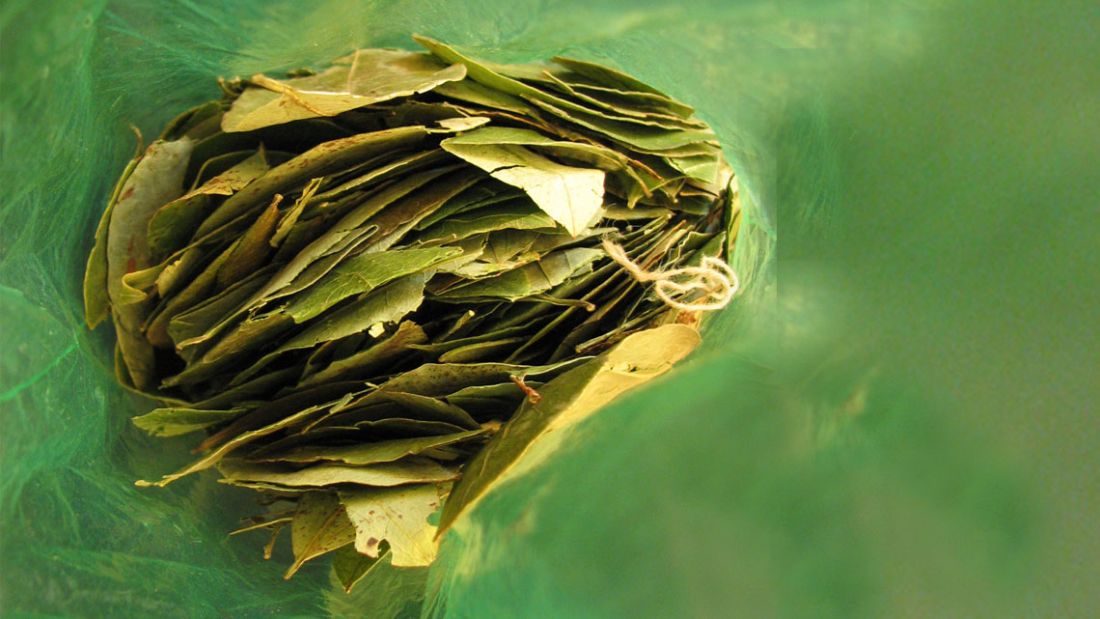 It comes from a plant grown deep in the jungles of South America. Planted, picked and processed by peasants, the shimmering white powder crosses borders and finds its way up noses and into the veins of people around the globe. Portrayed as one of the most glamorous drugs, cocaine has made a huge splash in pop culture and left a huge scar on South America.

The thin oval leaves of a scrubby bush known as the coca plant have long been important to the people of South America. The Moche and Incans knew chewing the leaves could help reduce fatigue and combat altitude sickness. It was a gift from the gods.

Coca first travelled across the Atlantic in the 1600s where it was often chewed like tobacco. In the 1800s, it became a popular craze among the well to do of Europe, with Pope Leo XIII giving papal endorsement to a coca-treated Bordeaux wine.

In the 1850s, Paolo Mantegazza, an Italian neurologist, started chewing coca leaves and was enamoured by its effects, writing, “I sneered at the poor mortals condemned to live in this valley of tears while I, carried on the wings of two leaves of coca, went flying through the spaces of 77,438 words, each more splendid than the one before.”

In 1859, inspired by Mantegazza’s work, German chemist Albert Niemann isolated the primary alkaloid from the leaves and named the product cocaine. Also like Mantegazza, he couldn’t help but test the substance out. Writing about the experience in his dissertation, he said it has a bitter taste, promotes the flow of saliva and leaves a peculiar numbness, followed by a sense of cold when applied to the tongue.”

Cocaine was heralded as a medical miracle, used in everything from lozenges to pep pills and, of course, Coca Cola. Renowned Antarctic explorer Ernest Shackleton took liquid cocaine to drip onto the eye as a cure for snow blindness and Forced March pills, a blend of cocaine and caffeine. The pills’ directions suggested “one to be dissolved in the mouth every hour when undergoing continued mental strain or physical exertion”.

Today, cocaine is hardly used medicinally. Use of cocaine and its synthetic derivative is confined to anoesthetic for nose and throat operations because of its vasoconstricting properties. Most medical research involving cocaine now is focused on understanding its addictive properties and the harm it causes.

To quote Rick James, “Cocaine is one hell of a drug.” It is a serotoninnorepinephrine- dopamine reuptake inhibitor, and its effects last for up to an hour depending on how it is taken. Commonly, the powder form is snorted through the nose, but it can also be injected and smoked. It gives an initial rush of euphoria, alertness and numbness and increases blood pressure and heart rate. The rush wears off fast and is followed by discomfort, depression, paranoia and a strong craving for more.

Extended use has many negative consequences from hallucinations and paranoia (think American Psycho) to impotence, heart problems and, if the user is snorting, disintegration of the nasal membrane.

Look at pop culture and you’ll see a fine layer of cocaine dust. From Sherlock Holmes using the tincture to inspire his investigations to Tony Montana sitting behind a snowy mountain, it has been idolised as the drug of choice by the rich and famous.

Robert Louis Stevenson used cocaine to hurriedly rewrite the entire Dr Jekyll and Mr Hyde manuscript. Eric Clapton and Stevie Nicks sang about it and many movies depict cocaine use as a central plot. After cannabis, cocaine is the most commonly shown drug in movies. There is a strong culture of movie stars themselves becoming addicted to it.

Joking about his addiction, Robin Williams said, “Cocaine is God’s way of saying that you’re making too much money.” Williams has a valid point. Plantation prices are cheap. In the risky process of reaching high demand markets – the USA and Europe – the price skyrockets. In 2010 across Europe the average retail price of one gram was $NZ297, and in the USA it was $NZ201. Street prices in New Zealand can range from $350–$800 a gram.

Cocaine is not widely used in New Zealand. Many posts on tripme.co.nz, a New Zealand-based drug users’ online community, lament the lack of cocaine, positing reasons for its scarcity such as our small market, good Customs Service and the cheap price of methamphetamine.

New Zealand must, however, have some connection to the cocaine trade. In 2012 Algerian police found 165 kg of cocaine in a container of Fonterra milk powder shipped from New Zealand. It has never been made public where the cocaine came from or how it got into the container.

For all its intrigue, there is a dark side to the white powder. The War on Drugs has made coca growing very profitable for many South American countries, namely Colombia, Bolivia and Peru. Cocaine producers operating deep in jungles often garner their workforce through slavery and seek to protect their profits with intimidation, guns and violence. Corruption is also rife because of the large amounts of cash the drug cartels can throw around.

Indigenous rights of peoples across these countries have been trampled by the UN Single Convention on Narcotic Drugs signed in 1961. Coca played a big part in many spiritual and traditional practices of many tribes throughout the South American continent, but to the international community, use of the plant had to be stopped. Bolivia has, after fighting for many years, been granted an exemption from the convention that allows inhabitants to use and chew coca. They have rejoined the Convention with the exemption despite many western – War on Drugs supporting nations – submitting against the move.

Square Km. The estimated area in square kilometres covered by coca plantations globally in 2012. This is about the same size as New Zealand’s Stewart Island /Rakiura

of New Zealanders have tried Cocaine

for one gram in New Zealand

for one gram in the USA

15-60. Number of minutes cocaine’s effects last (depending on route of administration)

Kg. The amount of cocaine seized by NZ customs in 2012

Tonnes. The amount of cocaine seized by Ecuadorian police in 2012