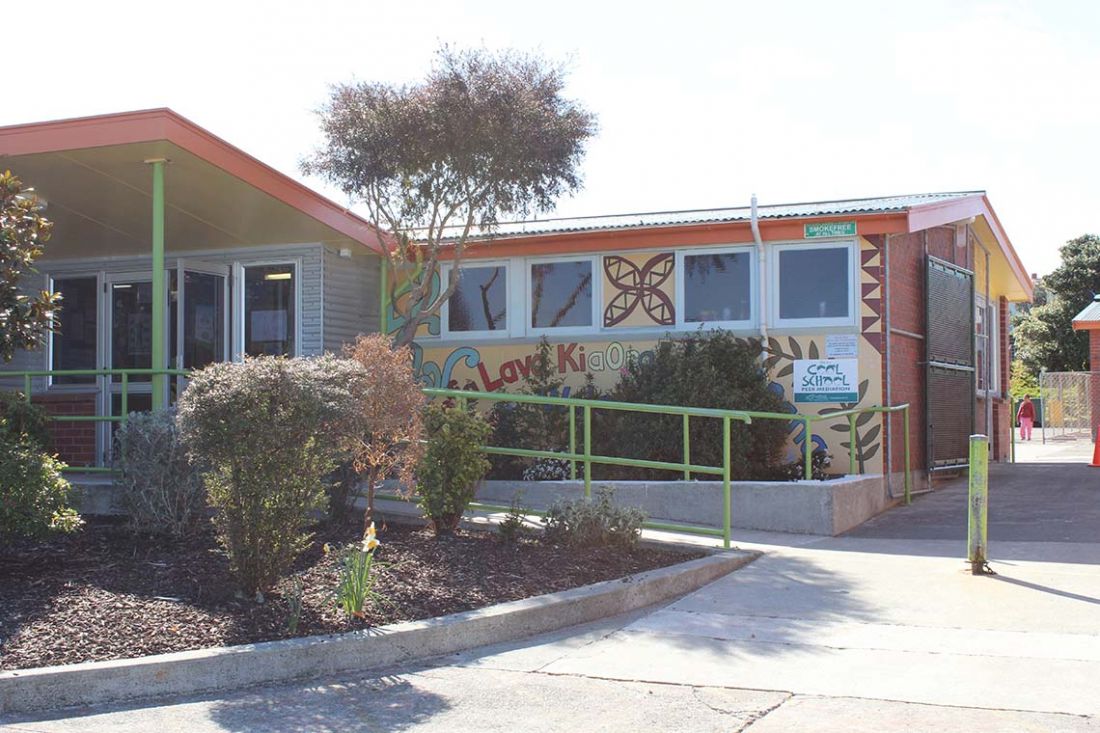 In 2011, Russell School became the centre for one small neighbourhood’s battle. Its success in reducing harm from a poorly managed local liquor store shows what can be achieved when communities engage and mobilise.

The presence of Fantame Liquor almost right across the road from Russell School in Cannons Creek, Porirua, has long been a source of concern for parents and the board of trustees.

Principal Sose Annandale says the store was open until midnight, and people would come from all over Wellington because it was the only place selling alcohol that late.

“They would hang around into the wee small hours, and the school grounds became the obvious place to drink. In the morning, there would be cans half full of alcohol in the playground that kids could find, and there would frequently be broken bottles, smashed windows and other vandalism.

“But even during school hours, people would come onto the grounds intoxicated or carrying boxes of alcohol they’d just purchased. One person even urinated in the playground while kids were being taught physical education.”

Damage at the school costs the taxpayer about $60,000 a year, but it’s the dangers to the pupils that are most alarming, and these include the normalising effects the shop’s marketing might have on them.

“The shop front was completely plastered with colourful posters, and there would be sandwich boards all over the footpath extolling the virtues of alcopops.

“Teachers walking kids to swimming lessons would hear them talking about how ‘yum’ the drinks looked and saying which ones they’d tried. These are primary school kids!”

When Fantame Liquor’s off-licence renewal was due in August 2011, the school community saw it as an ideal opportunity. If they couldn’t have the store shut down, perhaps at least they could have its hours curtailed.

Matt and others formed a core stakeholder group and began up-skilling themselves to effectively oppose the licence renewal. They attended some workshops by the It’s Our Turn To Shout campaign about how to come across well in the media and how best to write a submission.

The group decided to hold a public meeting for all those concerned to help bring about a collective ‘show of force’. They knocked on doors throughout the neighbourhood inviting people to the meeting and delivered flyers to about 1,000 households.

“So many people I spoke to had stories about the damage being done through the store’s bad management. This showed we were on the right course, that the wider community really was eager for an opportunity to speak up,” Matt says.

Sixty people attended the initial meeting, which is a lot for such a small community. At the meeting, real effort went into educating people about how to make a good submission to the District Licensing Authority, and templates were given to those who needed them. All in all, they managed to get 88 objections launched against the renewal.

Following advice from organisations like the Drug Foundation, ALAC and Regional Public Health, members of the group sat outside the store until midnight a few times so they would have personal eye-witness accounts of the sorts of things that happened.

They studied the relevant legislation and did some research to see whether the proprietor was of sufficient good character to hold a liquor licence. It turned out the store had twice been caught selling alcohol to minors and had already been sanctioned for excessive advertising.

The school community also made submissions to both the Law Commission Review and the Justice and Electoral Select Committee. These focused mainly on the harmful effects of having a liquor outlet so close to a school and were themed, ‘How we see things from our front gate’.

“We wanted to get our point across that this is not the sort of community we want for our kids, where excessive drinking is seen as normal and they have to wake up every day with cans stacked on their lawn,” Matt says.

What happened at the 30 November hearing came as a devastating blow. Halfway through proceedings, it was discovered the proprietor was illegally operating his liquor outlet and grocery store under the same licence, so the hearing was adjourned before the community had a chance to have any say.

It took more than five months to get a second hearing. In the meantime, the store’s lawyers got the legal situation sorted, and Fantame Liquor began trading again as normal. It did, however, remove its aggressive advertising and rebranded under the Thirsty Liquor franchise (which Matt finds a powerfully unfortunate statement – associating alcohol with thirst, right across the road from the school).

“The hearing result was really bewildering, and we felt completely deflated,” Matt says

“The store was acting illegally, yet it got to carry on while the community had to wait. The whole legal process felt hostile, and our little community just felt it had been slapped down and ignored yet again.”

The community also found the second hearing in early May 2012 intimidating. They were not allowed to speak to their submissions or address any new matters that had arisen, yet it seemed the proprietor’s lawyers could speak all day. They came away very despondent – thinking no one was listening and that nothing was going to change.

But the result showed they had indeed been heard and the community was elated. Its licence was renewed, but Fantame Liquor’s closing times were restricted to 8 pm Monday–Friday, 9 pm on Saturday, and 6 pm on Sunday. It now also has to shut 2.45–3.15 pm on weekdays to protect pupils travelling home from school.

Presiding judge John Hole said there was considerable evidence of bad management at the store leading to liquor abuse.

Principal Sose Annandale says the findings were a really important statement to the community.

Matt, who lives near the school, says the vibe of the whole neighbourhood is now much better.

“You can walk down the street at 8 pm and not feel threatened. There’s this huge sense of peacefulness now, like there should be, and people comment about it all the time.”

Overwhelmed by the public opposition, the judge denied the application and the store never opened.

Jenny Lester, Chair of the Porirua Alcohol and Drug Cluster, which organised the march, said these two instances have had a significant positive influence at a local level.

“First of all, it’s like people have become very aware. They realise now that alcohol abuse is something that affects the whole community; not just the school or those involved with the violence.

“But, they’ve also seen that it is worth standing up for what you believe in and that things really can change when communities act with a united will.”

The Cluster is now working closely with Porirua City Council and will be undertaking community consultation in 2013 around a new local alcohol policy for Porirua.

Matt Crawshaw agrees the initiatives have resulted in some real community building. He cites an example of where some families were forced from their homes because of potential for earthquake damage. Members of the community were quick to get involved and already knew how to work for change and support the people affected.

“It used to be the school holding gatherings and hoping people would come. Now, meetings are organised by the community and are very widely attended. People are engaged and enthusiastic.

“There’s this feeling now that, whatever comes our way, we’re ready for it.

“We can’t wait for May when Thirsty Liquor’s annual licence renewal comes up, and we’re already talking about what sort of shop should replace it.”