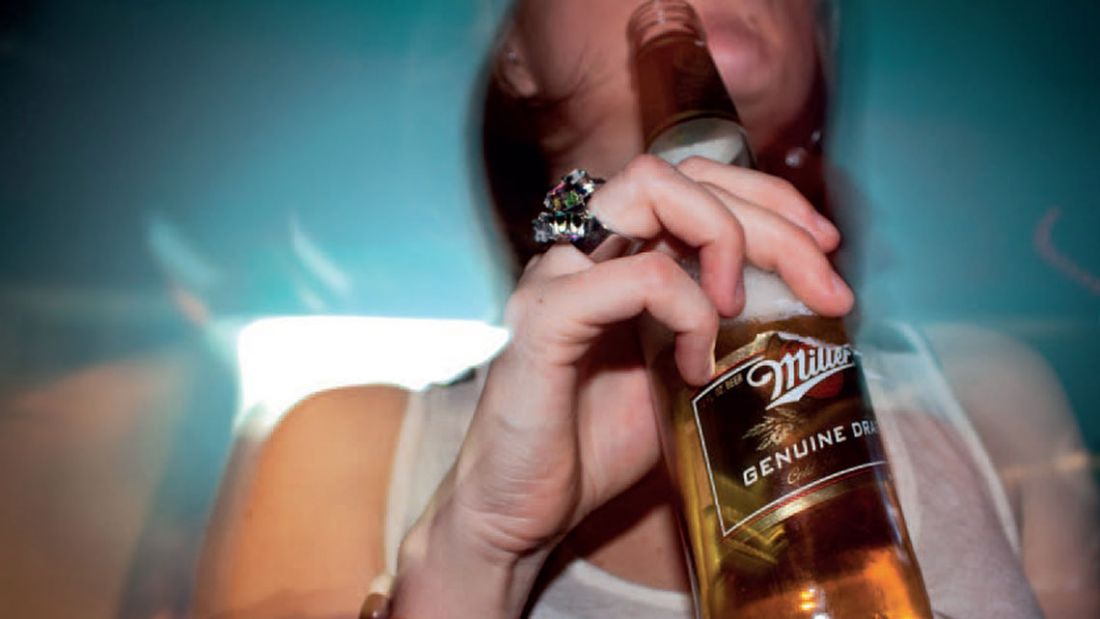 Emma Hart suggests there’s a reason why bisexual people binge drink more than straight dudes and dudesses and that the biphobic media aren’t helping the situation at all.

One of the whimsical stereotypes about bisexuals is that we drink like falling over in high heels and short skirts is going out of fashion. Unlike a lot of our other tropes, there’s solid evidence to back this one up. Population studies in New Zealand and the US show that more-than-one-gender attracted people binge drink at higher rates than exclusively same-sex or opposite-sex attracted people. We really are irresponsible lushes.

So when Stuff published an article on a recent University of Otago study with the headline, “Binge drinking problem for young bisexuals”, you could be forgiven for assuming the study had said the problem was binge drinking. The Otago Daily Times led with “Study reveals binge-drinking bisexuals”, which seemed to indicate the same and also that there might be pictures. Pictures you’d want to see.

A couple of questions came to mind. Didn’t the study size – 32 participants – seem a bit small to be drawing these conclusions? And how was a ‘binge’ defined? As a friend said, sometimes their ‘binge’ is our ‘drinks with dinner’.

Another thing the gaynz.com article managed, which most others didn’t, was to link to the research. When you dig a bit, you find that this wasn’t a quantitative study but a qualitative one.

Frank Pega, the lead researcher on the project, says, “The validity and strength of quantitative research is often judged on size and the representativeness of the study sample... In qualitative research, issues of sample size and representativeness are of less relevance. What counts is rather whether the study sample was diverse along important characteristics such as ethnicity and socio-economic status.”

What they found was that, among that diverse sample, many of the participants reported similar experiences of biphobia, abuse and social isolation in both heterosexual and gay-and-lesbian environments. They are stereotyped as being confused about their sexuality or going through a phase and as ‘greedy’. To manage the stress and anxiety this caused, some were self-medicating with alcohol. The quotes from the participants throughout the research paper make this very clear:

“I drink more when I’m under high stress, when I’m stressed out and maybe sometimes at parties when, after conversations with people, where they want to know, no one gets the bi thing. It’s really hard to explain. Quite a bit because you get people who want to know why you are not lesbian, why you are not straight, and I kind of feel that it’s slightly easier to be one or the other.”

And what do they mean by drink? The study used a standard definition of a ‘binge’ as six or more standard drinks in one session, but the participants were also asked to think of occasions when they got “really drunk”. That last means that the experiences they are describing are far more in line with what people generally imagine a binge to be.

When it comes to mental and physical health issues, different groups within the lesbian-gay-bi-trans population are normally lumped together. It’s nice to see some research focusing on more-than-one-gender attracted people, which has moved past whether we exist or not. This has happened because there is actually specific funding.

According to Mr Pega, “Little funding is made available for research on the public health of sexual and gender minority populations in Aotearoa New Zealand. However, the former Alcohol Advisory Council of New Zealand (now the government’s Health Promotion Agency) has funded a programme of research on alcohol use in sexual minority populations since 2009. The topic of the current study was identified as a priority in terms of a need for evidence and received funding through this research programme.”

The study was also conducted in partnership with Rainbow Youth, which was not just integral to participant recruitment but was involved at every stage of the process.

That more-than-one-gender attracted people experience discrimination that hurts them to such a degree that they binge drink in order to cope seems an obviously serious problem. So why is it so difficult to get it reported as such? Why wasn’t Stuff’s headline something more like “Study recommends bisexual support groups”?

Craig Young of gaynz.com offers some insight: “If we receive notification of an article about this subject, we usually have the time to do greater and more diligent investigation because we’re a specialist publication and have archival resources available on our website. We’re also in contact with specific addiction specialists to evaluate research when it comes to hand.”

For other media, this study could fall at a nexus of sleaze. Both sexuality and drug abuse are issues often both sensationally headlined on websites like Stuff and also regularly turn up in the ‘most popular’ section. Recently, Taranaki’s comprehensive youth sexuality strategy ran on Stuff under the headline “Pill for kids on cards”.

Mr Pega, who fronted the study in the media, says they did everything they could. “We put out a media release, and I accepted a large number of interviews to ensure that our study findings were disseminated as widely as possible... Newsmakers generally do not include researchers in the news-making process beyond using their media releases and interviews. Therefore, researchers have limited influence in the presentation of their studies.”

The report on the study does end with some optimism. It contains a number of recommendations for easy, concrete things that could be done to improve the mental health of young more-than-one-gender attracted people. It also notes the general resilience of the community and its members’ ability to be “secure and confident in their sexuality and their right to be integrated members of New Zealand society”.

One of the phrases Stuff removed from the study’s press release was the assertion that one of the solutions needed was “broad anti-stigma campaigns that increase society’s understanding of this group of young people and how prejudices and bigotry negatively affect them”.

Accurate reporting of studies like this one would have done exactly that. Inaccurate and sensationalised reporting actually increases the stigma and negative stereotyping that are causing the problem in the first place.

For once, we’d quite like to not have it both ways.