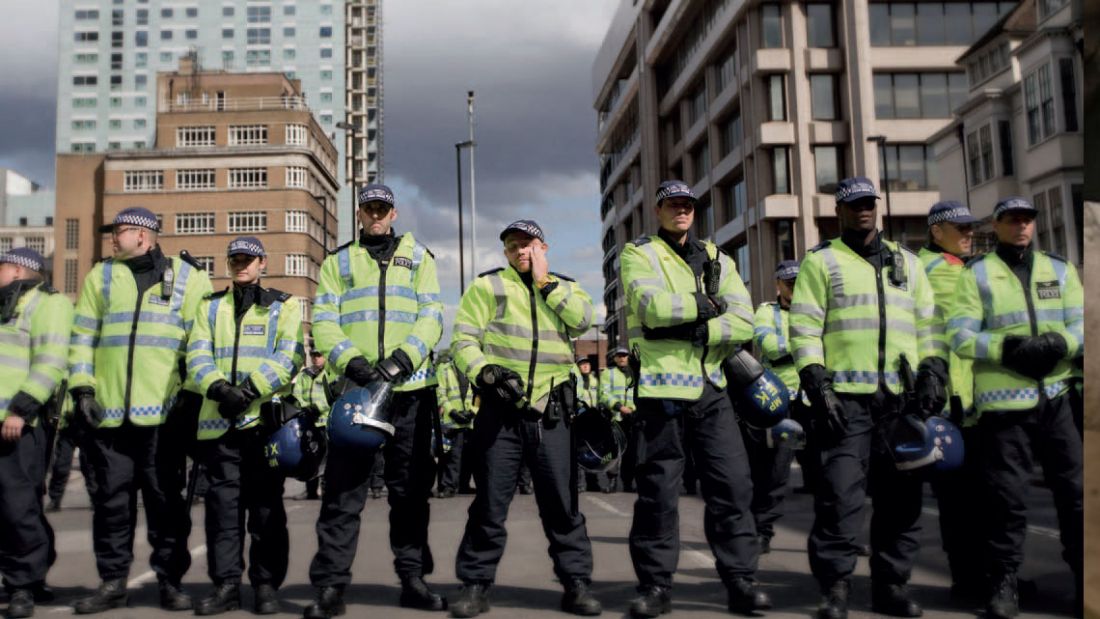 A new report has reignited the call for an even hand in the policing of drugs, citing figures that show the glare of police scrutiny is disproportionately focused on non-whites. Keri Welham looks at race and drug arrests.

Niamh Eastwood is a pale-skinned blonde woman who has lived in middle-class communities in the United Kingdom for the past 17 years. In all that time, she’s never been searched for drugs under the UK’s ‘stop and search’ laws.

But she’s not at all surprised by the story of a dark-skinned Ghanaian man – like Eastwood, a non-practising lawyer living in a large British city – who was stopped and searched 27 times in one 3-month period alone.

Eastwood is Executive Director of Release, a London-based centre of expertise on drugs and drug law, and is lead author of a report called The numbers in black and white: Ethnic disparities in the policing and prosecution of drug offences in England and Wales.

The report is based on a London School of Economics and Political Science analysis of Metropolitan Police Service data (obtained through a Freedom of Information request) showing the use of stop and search as a policing tool. It explores the details of 250,000 stops in2010 and illustrates that, although selfreported cannabis use and possession of the drug is more common in white communities, it is those of African and Asian descent who are most often stopped and searched.

The most common demographic was young black men. In all, 50 percent of those stopped were 18–24 years old, and 94 percent were male. In terms of ethnicity, a black person was six times more likely to be stopped and searched than a white person, and an Asian person was two and a half times more likely.

“In my opinion,” Eastwood says, “we can say very clearly that over-policing occurs in communities of ethnic backgrounds.”

Non-white people are also dealt with more harshly by the criminal justice system. Black people are subject to court proceedings for drug possession offences at 4.5 times the rate of whites, are found guilty of these offences at 4.5 times the rate and are subject to immediate custody at a rate of five times that of white people.

However, a 2011/2012 crime survey covering 16- to 59-year-olds in England and Wales showed much higher rates of illicit drug use in the white population.

More than 70 percent of white people reported using cannabis, compared with just over 40 percent of black or black British, under a quarter of Asian or Asian British and just under 40 percent of Chinese or ‘other’.

There are many theories behind figures such as these.

Eastwood says police efforts are concentrated around lower socio-economic locations, and black people, as a group over-represented in poverty statistics, tend to live in more heavily policed streets and towns. She says, to some degree, this is a story of class as much as race. She also claims a lot of drug policing is actually not about drugs but about gaining access to large communities to efficiently hike police case quotas.

One of Eastwood’s co-authors Daniel Bear spent a year on the beat with the Metropolitan Police Service and found officers would head to poor communities and intensively police cannabis at the start of their shift. The theory was that they would quickly make enough arrests to free themselves up for more important policing through the rest of their shift.

In New York, police exercise comparable powers under legislation known as ‘stop and frisk’. In 2012, 532,911 pedestrians were stopped, questioned and, in some cases, subsequently frisked on New York streets.

The American Community Survey for the US Census put the 2008 New York City population breakdown at 45 percent white, 28 percent Latino and 25 percent black. However, of those detained using stop and frisk, 55 percent were black, 32 percent were Latino and 10 percent were white.

In the end, 89 percent of those stopped were innocent of any crime.

Stop and frisk was a key plank of the zero-tolerance regimes that made former New York Mayor Rudy Giuliani famous. It was aimed at getting guns off the street, but 26,000 of the stops in 2012 were for alleged marijuana offences (5,300 of those stops resulted in arrests).

The US National Household Survey on Drug Abuse and Health shows that, consistently, over the decade to 2010, more white people aged 18–25 used cannabis than black people in the same age group.

This was the case, to varying degrees, across most age groups. In terms of whether they’d ever tried cannabis, 46 percent of white people and 41 percent of black people said they had.

Yet, of the 26,000 stops attributable to alleged cannabis offences in 2012, 61 percent of those targeted were African Americans, and just 9 percent were white.

The policy is now the subject of a complex appeal wrangle in the US courts, amidst claims of racial profiling and counter-claims of stop and frisk’s lifesaving impact.

American commentator Dr Carl Hart argues this is not a class issue at all – it’s all about race.

Hart is Associate Professor of Psychology in the Departments of Psychiatry and Psychology at Columbia University. He’s also a father of three black sons, and he fears for a system where they are much more likely than their white counterparts to be caught if they decide to experiment with pot.

He wants to see research into “the long-term consequences of marijuana arrests on black people, especially as they relate to disrupting one’s life trajectory”.

Hart told Matters of Substance, “In short, dark people are not more likely to use drugs but are arrested more often because of racial discrimination. This is not unique to drug arrests. It occurs for the majority of criminal offences.”

Some theories on this issue look deeper than the current laws – viewing the disproportionate policing of people with dark skin as a relic of colonialism. Australia’s Brian Steels is the Senior Research Fellow in the Centre for Aboriginal Studies at Curtin University and the Director of the Asia Pacific Forum for Restorative Justice.

Steels says Australia’s Aboriginal population is ruled by customary law, settler law and contemporary law, and he believes there is good reason why some Aboriginal people dismiss the modern laws as nonsense.

“How can we say don’t steal when we’ve stolen their land?”

He says double standards when policing differing ethnicities erode the integrity and legitimacy of laws and therefore the level of compliance with those laws.

On the issue of more strident policing of dark-skinned communities, Steels says the gaze of the police always falls to “the other”. In a predominantly white police force, brown becomes the colour of crime.

“New Zealand’s nowhere near as bad as Australia, nowhere near. But it still happens. Who do they give a caution and who gets charged?

“Non-indigenous police have in their culture to look at ‘the other’, whether Mäori, boat people…”

Figures on the New Zealand Police website show that, at June 2012, almost 11 percent of Constabulary employees were Mäori. New Zealand Police ran recruitment drives that resulted in a 31 percent increase in Mäori police officers in the decade from 2002 to 2012.

But people of Mäori descent made up just 17.5 percent of the New Zealand population in the 2013 Census, against 74 percent of European Descent.

However, unlike international studies that suggest a higher level of cannabis use in the white population, New Zealandresearch through Otago University’s Christchurch Health and Development

Study shows Mäori use cannabis at a higher rate than Päkehä.

On the face of it, Release’s legal expert Robert Jappie says New Zealand laws appear less invasive than stop and search. Under the parts of the Search and Surveillance Act 2012 pertaining to the execution of the Misuse of Drugs Act 1975, a New Zealand officer suspicious of drug offending must have a warrant to carry out a search of a place or vehicle. However, there are various scenarios under which this warrant requirement could be waived, such as concern about the destruction of evidence or that the crime is under way or about to be committed.

“While the Misuse of Drugs Act itself is not racially discriminatory, the way it is applied and enforced clearly is. Mäori are more likely to be stopped, searched, arrested and convicted and are much less likely to benefit from police discretion.”

“When you stop people of colour… [it] can’t be random. You have to have a reason and tell [them] what it is.”

A spokesperson from the New Zealand Police says the agency’s primary focus is on preventing and reducing crime and crashes and the impact of those events on all New Zealanders “regardless of their age, race, gender or personal circumstances”.

The Turning of the Tide strategy, a joint iwi/police initiative launched in 2012, was one measure to counter the disproportionate representation of Mäori in crime statistics. The prevention strategy utilises strong bonds with iwi leaders to focus efforts on reducing Mäori representation in vehicle crashes and as either victims or offenders in the criminal justice system.

While the New Zealand Police declined to address the issue of race in the policing of drugs, the spokesperson did say, “Police and other agencies do… recognise that Mäori are over-represented in the justice system.”