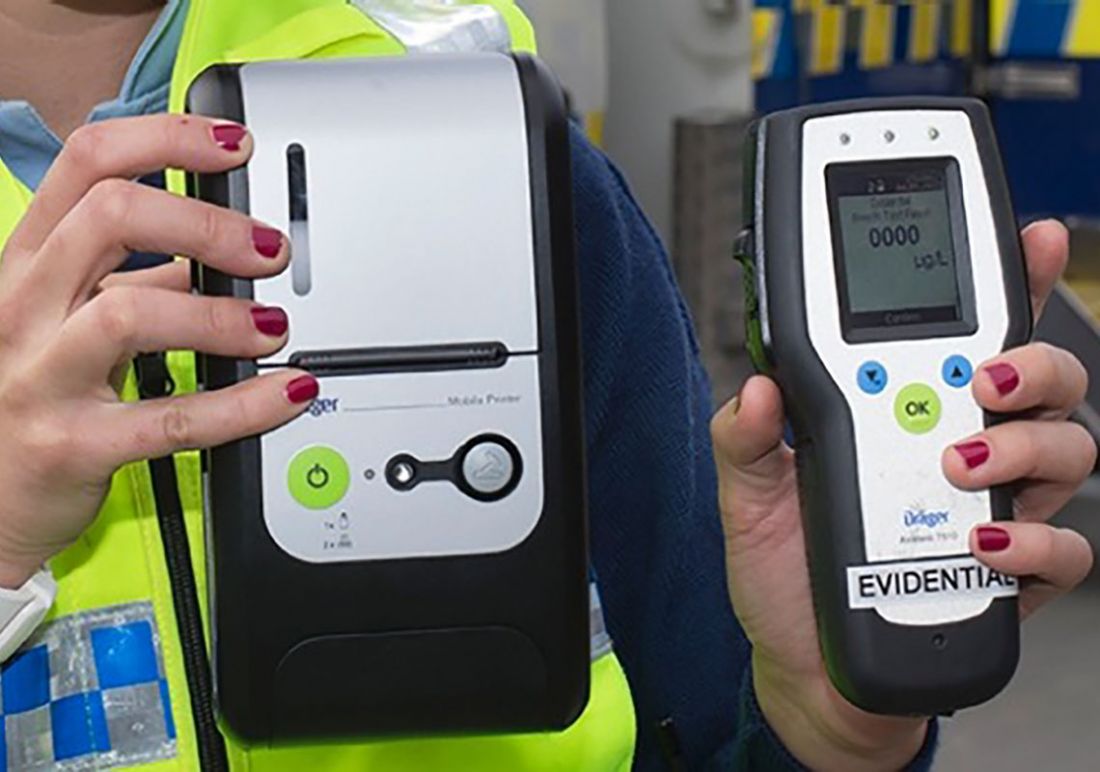 On 1 December 2014, New Zealand lowered its legal blood alcohol limit for driving from 0.08 to 0.05 percent. The previous limit, ridiculously high by world standards, meant drinkers could be reasonably relaxed about staying within the law when driving. The new limit, on the other hand, has resulted in quite a cautious change.

The alcohol industry has been quick to label this caution as confusion, saying sales are falling because people are choosing not to drink rather than risk a limit they don’t yet understand. Hospitality New Zealand (HNZ) says NZTA and the Police are to blame because their “either drink or drive” message contradicts the “moderate drinking is okay” message of the law.

The organisation has produced a ‘Know your limit’ guideline to be propagated in bars and restaurants via posters and coasters. The guideline’s rule of thumb, based on data from the Institute of Environmental Science and Research (ESR), suggests most men can have three standard drinks in two hours and women can have two standard drinks over two hours.

Many in the health sector have dismissed ‘Know your limit’ because they say it encourages drinking and driving. HNZ says it’s simply doing its job by restoring clarity around how Kiwis can enjoy a drink or two while socialising without breaking the law.

Will ‘Know your limit’ remove confusion and save lives or could it cause more harm? Do we even need such a guide, and if so, just whose job is it to define safe drinking levels before driving?

HNZ’s ‘Know your limit’ is both a sensible and appropriate move given the current confusion in punters’ minds, which has been exacerbated by mixed and confusing messages from the authorities. Parliament has told us it’s fine to drive after drinking in moderation, but NZTA and the Police are saying we shouldn’t really drink at all before getting behind the wheel. Meanwhile, the media has characteristically proffered scary stories about how much easier it is to get caught if we’re breathalysed under the new limit.

No wonder everyone seems so confused.

‘Know your limit’ is also justified given that this civic confusion seems to be unfairly hitting the industry in the pocket. HNZ Chief Executive Bruce Robertson told Radio New Zealand in November 2015 that establishments selling alcohol have reported losing almost a third of their business since the new limit came into force.

NZTA and the Police have acknowledged people are confused and have even praised HNZ’s efforts in meeting “public demand for independent guidelines on how alcohol consumption relates to blood and breath alcohol levels”. Nevertheless, they persist with their ‘counter guideline’ that people shouldn’t drink before driving at all. And they back this up with troubling television advertisements like the one featuring an apparently sober woman charged and led away to the booze bus in front of her bewildered children after “a couple of drinks with dinner”.

These sorts of scare tactics just promote public ignorance about how to stay within the law and throw guilt and fear at people enjoying their legal freedoms. The role of NZTA and the Police is not to make moral judgements or propagate guidelines that contradict what our Parliament has said is okay. They’re there to enforce the laws in place and catch those who break them. Nothing confusing about that.

We should also note that ‘Know your limit’ is not some cynical industry attempt to keep as many people drinking as much as legally possible. The campaign’s posters and coasters clearly state that HNZ does not recommend drinking and driving. What’s more, the recommendations err on the safe side. The vast majority of car accidents resulting in death and serious injury are from blood alcohol levels much higher than 0.05.

HNZ does not deny that people come in all sizes and metabolisms and has deliberately made the guidelines conservative. Its “three over two” and “two over two” allowances are slightly below ESR’s official recommendations, which would allow an extra half to full drink for both men and women.

But any suggestion that the guidelines only add confusion because everyone is different in how they process alcohol won’t stand. By that reasoning, no one should ever produce any guidelines. The fact is we all understand the concept of guidelines and that an individual may need to adjust them for themselves if they know they differ from the average. For example, if I’m a very skinny girl not eating anything while I’m out, I might be wisest to stick to one drink over my two hours at the pub. The guidelines will help me do exactly that by making it clear what quantities of various alcoholic beverages are safe for me.

In Robertson’s words, “It is perfectly legal for an adult to have a drink and then drive… We believe responsible people, given responsible information, will make responsible decisions. That’s the vast majority of New Zealanders.”

The alcohol industry receives a lot of flak for its behaviour, and much of that may be justified, but ‘Know your limit’ does not deserve such criticism. It’s as clear a guide as there can be to help the vast majority of New Zealanders stay responsibly within the law.

New Zealanders own a lot of cars and drink a lot of booze. As a result, our high levels of alcohol-fuelled road carnage and drink-driving arrests are a culturally embedded national shame. Therefore, efforts by the authorities, namely NZTA and the Police, to make people think twice about drinking at all if they’re driving are entirely appropriate and just the sort of social change our booze-soaked society needs.

As these agencies told Radio New Zealand in a joint statement in November 2015, there is no safe level of drinking and driving. Even small amounts of alcohol can impair one’s motor functions and therefore one’s motoring functions.

They also told ONENews that, during the period in which publicans had decried their drop in sales, there had been a 14 percent drop in drink-driving offences. That has to amount to lives saved and suggests the authorities’ encouraging caution is effective and entirely justified.

Unfortunately, HNZ’s four undoubtedly accurate definitions of what constitutes a standard drink hardly conform to what you’d be served in a bar or restaurant. As Wellington Hospital Emergency Department Head Paul Quigley also told ONENews, confusion will remain over what a standard drink is.

“You’ll have different standards at different places around the country, which means some people are going to be at greater risk than others.”

For example, your glass of wine with dinner is likely to contain considerably more than the relatively tiny 100 millilitres that make up a standard drink. It’s fine for me to know that 500 ml of light beer is one standard drink, but getting exactly that from the barperson may be more of a challenge than Bruce Robertson seems to realise. What punters really need to know is exactly how many standard drinks are in the pint or glass they’re actually being served.

So the real confusion lies in trying to reconcile ‘Know your limit’ with the reality of fluctuating standards and serving sizes. The message to not drink at all if you’re driving completely removes that confusion.

We’re not arguing here that there should be no such thing as a set of guidelines. There should be, but it’s no more the alcohol industry’s role to provide them than it is the role of Coca-Cola to define how much sugar we should consume.

So whose role should it be? A number of areas of responsibility need to get involved.

Parliament is responsible for setting the legal limit, and it has done so at 0.05. The most logical agency to explain that to us in a way the average person can relate to is a Crown body dedicated to health (such as the Health Promotion Agency) or to science (such as ESR). In fact, ESR has had guidelines around drinking and driving in existence since 2013 but has not done a brilliant job of making them accessible to the public. And, of course, there’s individual responsibility. It’s my job to make sure the amount I drink keeps me under the limit rather than “just having a couple”, as Bruce Robertson suggests, and then hoping for the best.

And the alcohol industry?

If HNZ is so concerned about the wellbeing of drinking patrons, perhaps it should put less effort into encouraging people to drink as much as legally possible before driving and a whole lot more effort into helping licensed premises give clear information about how much alcohol is in every drink they serve.

People out socialising enjoy being able to choose from a variety of drink sizes, strengths and mixtures, so we’re not suggesting each serving must contain no more than one standard drink. But how hard would it be to make it clear that a typical pint of this particular lager or a typical glass of this particular wine as served in this particular establishment contains this many standard drinks? A column could be added to wine lists, bar staff could have a chart to consult when customers ask and taps for the most popular beers could include alcohol content per serving on the handle.

No doubt this would result in agitated squeals from the industry about extra costs and dire warnings about how much more people would have to pay when dining out, but we’ve heard such squeals before. Similar requirements are made of the food industry because it’s important consumers have a clear choice about what they put in their bodies. Drinkers are just as entitled to that sort of clarity when out socialising, especially before driving.

The truth is it wouldn’t cost anyone an arm and a leg, but the industry not owning up to this responsibility could cost drivers a whole lot more than that.