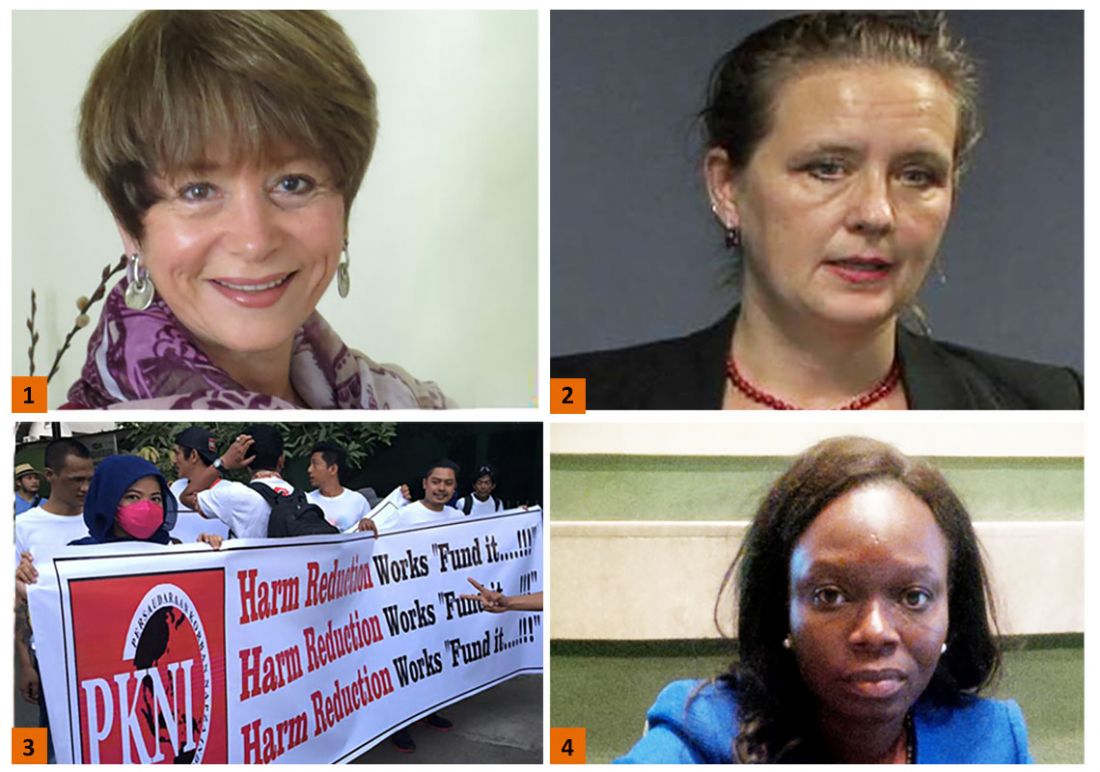 What can the United Nations General Assembly Special Session on the world drug problem achieve? In this feature, we share perspectives from people working in South America, West Africa and Asia and in global development.

I am hopeful that the UNGASS 2016 is the first of the many next steps we need to take to move forward to a time when the use of all drugs will, again, be considered a normal part of life. To begin with, we need a clear sign that the criminalisation of users will not be accepted any longer, anywhere.

But we need much more than that, particularly in Latin America, which is the most violent region in the world. In Brazil alone, there were more than 50,000 homicides in 2014, and these numbers have been dramatically similar for the last years. A big portion of these homicides are related to the so called ‘War on Drugs’. On top of that, also in the name of fighting this ‘war’, the Police forces kill six people every single day in the country.

We need to stop this senseless and bloody war that makes victims everywhere and has been absolutely incapable of reducing illicit drug use. May the UNGASS 2016 inaugurate a new era of rational and humane drug policy in the world.

As in 1998, the Special Session of the UN General Assembly will provide an opportunity for governments and civil society to take another step towards recovering common sense in drug policy and giving meaning to democracy.

This long and slow process is painstaking sometimes, and one wonders if it is worth all the trouble. At the 2015 Commission on Narcotic Drugs, fundamental differences in approaches became increasingly visible so many civil society representatives could deliver statements and contribute to the debate to a large extent.

At the same time, while a positive paradigm shift from drugs as a crime issue to being a health issue is becoming increasingly accepted, as reflected in formal country statements, a similar development is not clear on another important and fundamental issue: the people growing the plants needed to produce the drugs. Thousands of famers’ families immersed in poverty, targeted by eradication, facing criminalisation and human rights abuses for the past four decades, need to have their voices heard in UNGASS, and attention must be drawn to the urgent need to shift the paradigm in supply control towards sustainable livelihood targets.

My hope for UNGASS is that we will be able to bring these issues to the fore, being comprehensive in our objectives to regain justice for all those actors on the world drugs market who have been invisible until now. A Global Forum will be organised in January by TransNI, together with partners, to ensure this.

UNGGAS 2016 represents one of the highest-level platforms from which to influence the strategic direction and content of drug policies. Despite the significant number of people who use drugs in the Asia region, only a minority of Asian voices are being heard in global drug debates. Countries in Asia have some of the most punitive drug policies, combined with insufficient support for harm reduction, and as such, there is a critical need for voices from Asian civil groups to be heard.

As preparations begin for UNGASS in April 2016, the key debates are being actively engaged in by civil society and regional groups such as Economic Community of West African States (ECOWAS) and the African Union (AU). Drug use, trafficking and production are serious concerns for West Africa and the rest of the continent, but what are these stakeholders expecting from UNGASS?

In West Africa, a range of meetings have been facilitated to raise awareness of the UNGASS and drug policy issues more broadly. The International Drug Policy Consortium (IDPC) partnered with the West Africa Commission on Drugs and others to run capacity-building workshops in 2015 for civil society and the media. Within several countries, the West Africa Civil Society Institute and the West Africa Drug Policy Network have brought together civil society and government officials, and both ECOWAS and the AU have hosted high-level meetings to deliberate on their respective ‘asks’ for UNGASS.

The target is to get our governments to engage more in the international discussions and to support an agenda for a human rights-centred approach to tackling drugs, more focus on harm reduction and addressing the issue of drug use and dependence through a public health lens rather than criminal justice.

Progressive voices in the region are also calling for the harmonisation of drug legislation and for people who use drugs to be given support and care rather than being punished and given criminal records.

Achieving this shift requires greater resources for health services, increased support to ensure the provision and availability of essential and controlled medicines for palliative care and pain relief and for alternatives to incarceration or punishment for minor, non-violent drug-related offences. There is a call for more balance between supply and demand reduction efforts, with more emphasis on harm-reduction services. There should also be proportionality in punishments when it comes to drug laws at the local, national, regional and international levels.

There are ongoing challenges as we seek to ensure this approach is listened to. There is a very real lack of African voices and engagement in the international drug policy debates. Many African governments do not have a physical presence in Vienna (where the international drug debates are held), so there is an urgent need to increase their participation and understanding of the issues and options being discussed.