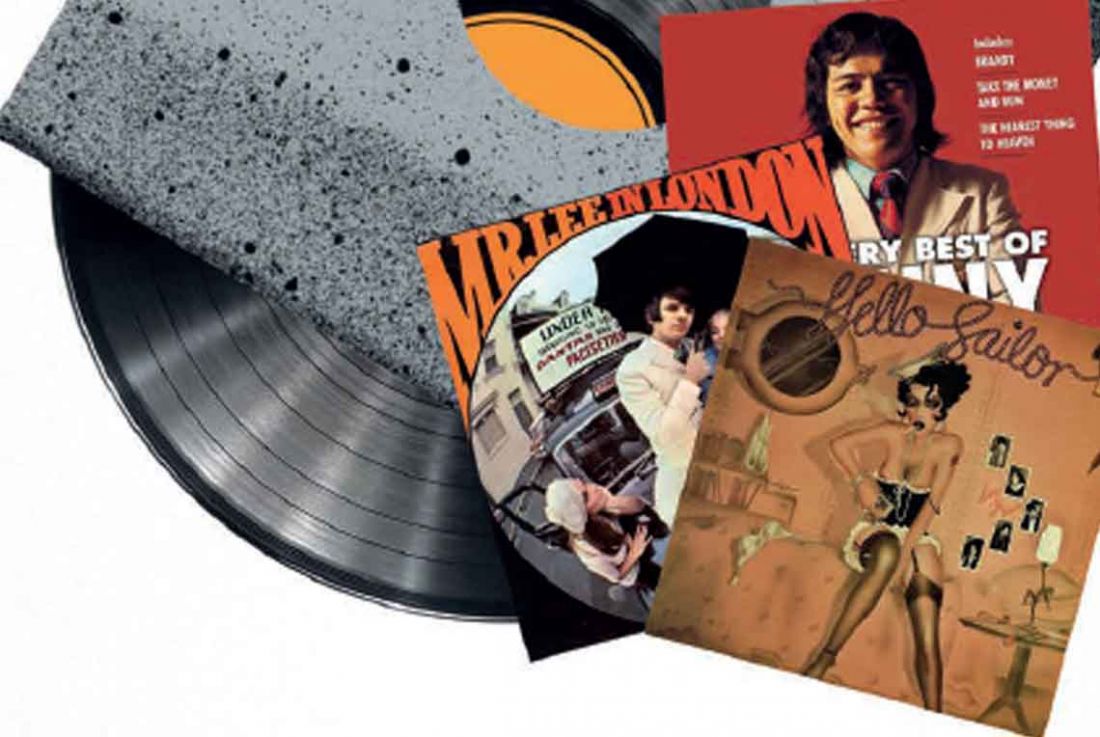 Redmer Yska pores through the history of New Zealand song to show how its celebration of drug use has moved from the secretive and scandalous to the relatively commonplace.

Our heady romance between illicit drugs and popular music dates back to World War Two as US jazz superstars sailed in to fire up 100,000 bored GIs. One wide-eyed Kiwi fan, lugging ashore the saxophone of a member of Artie Shaw’s band, was stunned when his hero asked if he had any ‘jive’ or cannabis.

Was that surprising? Though songs like Reefer Head Woman, Cocaine and When You’re a Viper (dope smoker) may have been popular in 1930s African American jazz and blues circles, this was still the so-called ‘Reefer Madness’ era, with the FBI linking those addicted to cannabis with mass murder.

The warning crackled around the world. At a time when radio was the dominant medium, Kiwi broadcasting, health and customs authorities of the 1930s vowed a tough line on these worrying trends, one official stating, “Gramophone records extolling the virtues of cocaine or other dangerous drugs are a source of danger.” But the cat was out of the bag. By the early 1950s, a reefer club was operating out of the Picasso jazz basement in downtown Auckland, a crew “that didn’t like the alcoholic behaviour of the time”.

About 20 hipsters convened quietly to smoke what they called ‘hooch, shit of marijuju’ bought from visiting seamen or dried plants cultivated in the Domain from imported birdseed. Writer Brian Bell recalled the “smell of burning rope backstage” at the Wellington Town Hall when big-name groups like the Modern Jazz Quartet passed through. There’s a story about Louis Armstrong’s 1963 tour when the question was asked in a croaky voice, “Are there any funny cigarettes?” Satchmo was reputed to be a daily smoker.

Our authorities meanwhile framed cannabis as a “sex drug”, described as “a far greater menace than opium”. The National Party newspaper Freedom claimed the drug smuggled into Auckland made locals morally confused. “It gave the smoker supreme confidence, often a dangerous confidence, and temporarily [to feel] on top of the world. He casts aside all his inhibitions and, in some circumstances, most of the conventions.” But nothing could stop the demand for moocha or muggles bought from obliging seamen in the public bar of Wellington’s Regent Hotel, smokers heading off to late-night hangouts like the Pines in Houghton Bay or “cool” hotbed the Sorrento. Picasso jazz singer Ricky May recalled, “I used to say what’s that strange smell? And they’d say incense. And I believed them until I learned otherwise.”

By the early 1960s, cannabis or ‘pot’ was plastered on the cover of Time magazine, the sacrament of an emerging global counterculture. Peter, Paul and Mary, remembered for the song Puff the Magic Dragon (or drag-in, as the FBI noted) toured here in 1963. Local folkies were stunned when the Americans openly rolled up cannabis backstage after their Auckland shows.

The presence of cannabis in Auckland’s notorious Bassett Road machine-gun double murder at the end of 1963, however, appeared to confirm the old Reefer Madness narratives. For Deputy Police Commissioner Robert Walton, “Marijuana is the thin edge of a revolting wedge into the vice underground, a trade that festers deep in the social flesh but leaves little mark on the surface.”

Local musicians took cover. LSD, the other counterculture sacrament, was quietly celebrated in song but in the most covert way. Auckland singer Bryce Peterson wrote and recorded Slightly-Delic with his band House of Nimrod about his own ‘acid’ experience.

But the stigma showed in 1967 as Auckland singer Nick Villard was vilified when caught with a small quantity of cannabis. Kiwi pop king Lee Grant urged pupils at Blockhouse Bay Intermediate to say no to drugs. It was wise advice.

Auckland magistrate MC Astley sounded a warning in 1968 that, “All people on drug charges could expect prison.”

Not all. In 1974, Bunny Walters (aka Miha Tekokiri Waahi Walters), a widely admired, hugely gifted singer (remembered for Brandy) escaped jail when a traffic officer found a cannabis roach in his ashtray. But his career was ruined.

“I got busted … It was only a lousy little joint but it was enough to turn things around,” he recalled in 2013. “The media got a hold of it; it was splashed across the papers. Today it’s not such a big deal, but back then it was and the media certainly had a field day.”

But the tide was turning. Slowly.

In 1976, singer Tommy Adderley and his group Headband released I Get High (On Music), with the opening line: “I had a smoke in Auckland with a friend of mine in Ponsonby.” Inner city rock heroes Hello Sailor, meanwhile dabbling in harder drugs, celebrated the glass designer syringe used to administer them in the song Blue Lady.

Adderley, too, became addicted to opioids, recording the coded ditty Mauveen (originally Morphine Blues) while on home leave from a jail sentence for selling homebake heroin. In later years, the band Deja Voodoo could be franker about the nation’s methamphetamine epidemic in the song simply called P.

An intergenerational shift showed by the early 1980s as Gavin, the moustachioed son of divisive PM Robert Muldoon, lectured Young Nationals about the need to update cannabis laws. They agreed it was time: “Police have more important jobs to do than worry about small time cannabis consumers.”

As the 20th century arrived, illicit drugs were boringly mainstream.

As homegrown cannabis increased dramatically in strength, rap duo MC OJ and Rhythm Slave released Marijuana, telling of lurid ‘skunk’ adventures, once again in the storied lanes of Ponsonby. But the coding continued. Take Fat Freddy’s Drop, the wildly popular dub/ reggae band, its name based on a famous counterculture cartoon Fat Freddy’s Cat, about a stoner member of the Fabulous Furry Freak Brothers and his weird orange tomcat. Weed is, of course, his favourite ‘drop’.

Looking back, the aptly named Herbs probably did the most to make cannabis use (almost) respectable. In his list of the Top 10 NZ Songs about Drugs, Russell Brown notes that the ‘light’ in second album Light of the Pacific was in fact “the light of the bongs”. It was a galaxy away from the days of Artie Shaw.