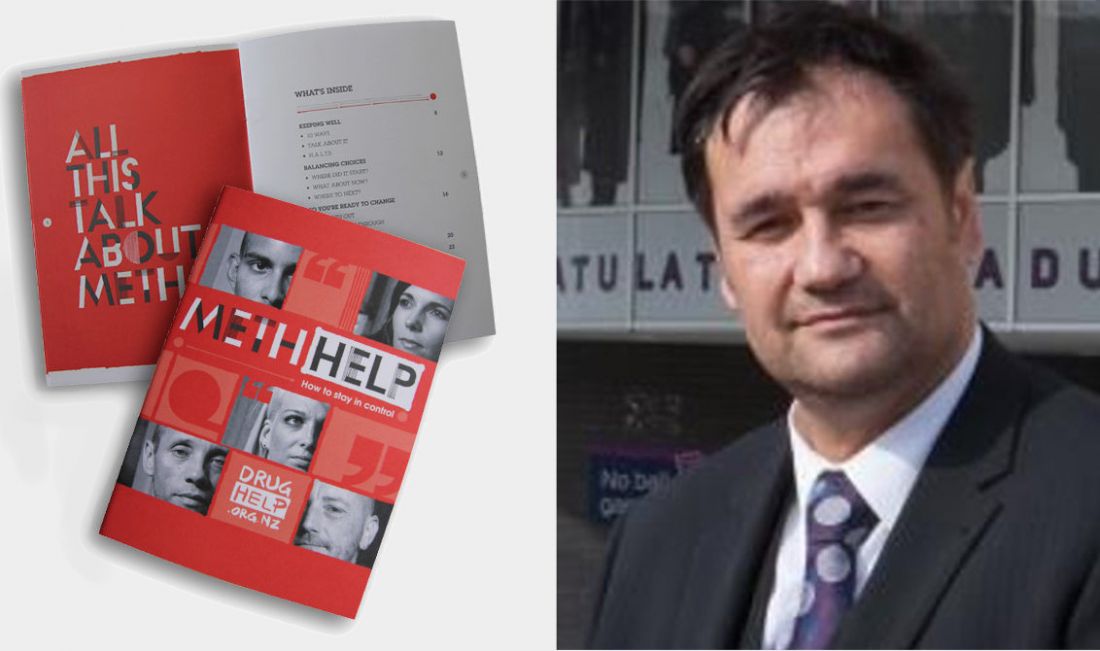 A couple of months ago, a sudden scandal broke in the media. A Massey High School parent was outraged to learn their child had been given a brochure that appeared to be teaching students how to use methamphetamine safely.

Without asking why responsible teachers might advocate such a resource, a flurry of uninformed debate followed. Most assumed it was some kind of misguided drug education programme. The hysteria was fuelled by news headlines like “School teaches students how to use meth” and “NZ high school hands out guide to taking meth”.

The pamphlet that caused the commotion was a Drug Foundation resource called MethHelp. It’s a fairly candid booklet, which is designed for adults who are already struggling with their drug use. It does, unashamedly, teach them how to use meth safely.

So why was it given to high school students? Eventually, a true picture emerged. The MethHelp resource was not being used for drug education at all. It was one small component of a critical evaluation undertaken by students in a specialised health class with five years of training behind them. Their task was to analyse different approaches to reduce methamphetamine harm in New Zealand.

Massey Principal Glen Denham turned media interviews on their head, arguing his “discerning” students are smart enough to confront the issue of drug use in a mature way.

“Ignorance resides under the carpet and in the walls,” he told Newshub’s Duncan Garner.

“Schools would be ignorant not to teach drug-use safety.”

Perhaps it’s not surprising that some parents were initially concerned, given the traditional ‘scare tactics’ they’re used to seeing in schools. But those tactics have been proved time and time again to be ineffective.

Ben Birks-Ang is the National Youth Services Adviser for Odyssey and the Drug Foundation. His job is to support communities to help young people based on the best available evidence.

He says young people need to learn how to filter good information from bad.

“There are more than 700 known psychoactive substances and a wealth of conflicting information at the end of a Google search. Just getting students to name information about the risks of taking drugs is outdated and is never going to prepare them for the reality of today’s world.”

He says that’s why Massey High’s approach was spot on. “In today’s climate of information overload, we need to help students develop critical thinking. It’s the only way to prepare them to discern accurate, healthy information from all the unhealthy information that’s out there.

“I’m excited that students are learning how to critique information and critically analyse how to reduce harm. This will set them up well for a great career in our health workforce.”