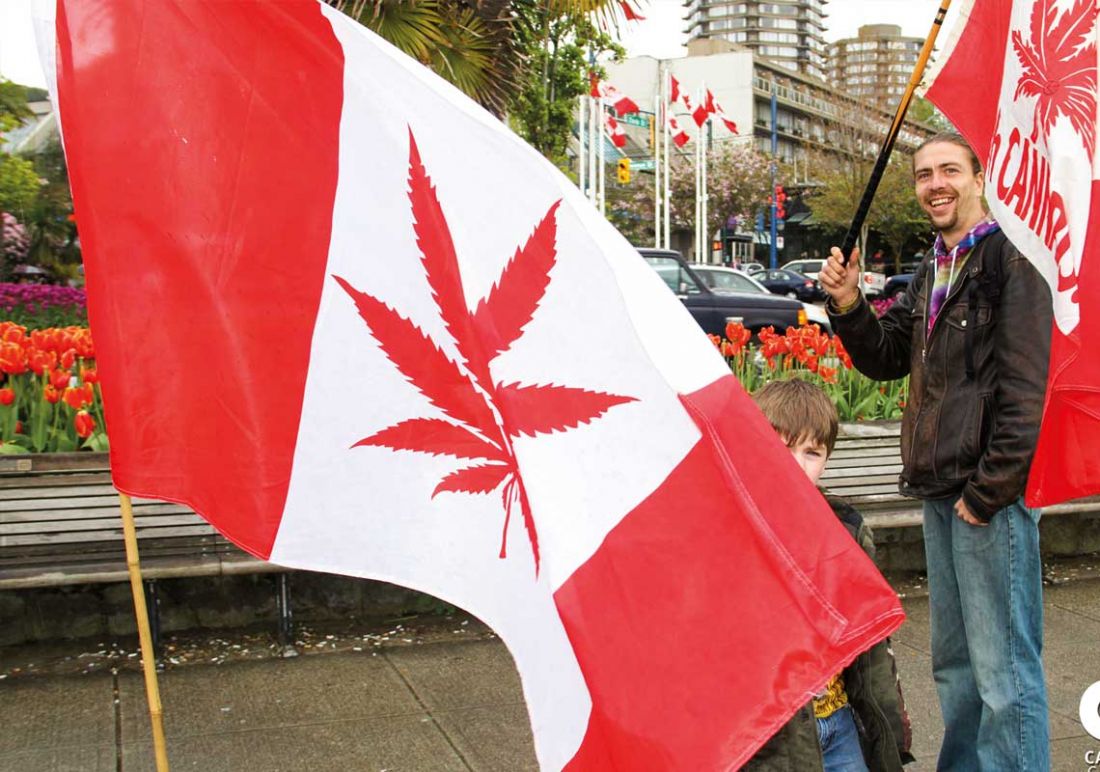 This October, recreational cannabis use will become legal in Canada, making it only the second country in the world, after Uruguay, to permit a nationwide cannabis market. Canadian Centre on Substance Use and Addiction CEO Rita Notarandrea explains just what this might mean for the country’s society, young people and public health.

When Bill C-45 comes into effect, adults will be able to legally possess and use small amounts of recreational cannabis, with strict rules in place governing production, possession, safety standards, distribution and sale.

The law will also create new criminal offences for selling to anyone under the age of 18 but will allow provinces and territories to set a higher minimum age. Alongside this is another Bill that deals specifically with impaired driving.

The overall objectives of the law are to prevent youth from accessing cannabis, protect public health by establishing strict product safety requirements, deter criminal activity and reduce the burden on the criminal justice system in relation to cannabis.

The ultimate objective is to protect Canadian youth and keep the profits out of the hands of organised crime.

With legalisation, we can begin talking openly about the risks, harms and benefits of cannabis use. We can dispel the misinformation young people have and make cannabis part of the substance use programmes in the Canadian workplace.

We can also do more research on the impact of cannabis, promote lower-risk use and monitor product quality with standards for pesticides, moulds and other contaminants. We can label cannabis packaging with tetrahydrocannabinol (THC) and cannabidiol (CBD) levels.

While opinion polls indicate most Canadians approve of the plan to legalise cannabis, there are still mixed views about some of the provisions. There is scepticism that the new law will actually succeed in keeping cannabis out of the hands of Canadian youth.

The Canadian Centre on Substance Use and Addiction (CCSA) perspective is simple and pragmatic. Canadian youth consume cannabis and will continue to do so. In fact, Canadian youth are among the top users of cannabis in the developed world. Despite a decrease in use in recent years, cannabis remains the most commonly used illegal drug among Canadians aged 15 to 24 years.

If that’s the case, we need to ensure youth have all the correct information to make informed decisions.

For example, science tells us that the adolescent brain is still undergoing rapid and extensive development, which puts them at particular risk for cannabis-related harms.

Research also shows that chronic cannabis use is associated with memory and attention difficulties, particularly for those who began using in early adolescence, not to mention the increased risk of psychosis, depression and anxiety, respiratory conditions and possibly lung cancer. That goes for adults as well.

We also know that youth is a time of significant growth and change, when risk taking and substance use most commonly begins. They might use substances to produce feelings of euphoria or relaxation, but there can also be negative consequences such as injuries, car crashes, difficulties at school and problems with relationships and the law.

This is why the CCSA understands that adolescence is also the best time to begin prevention efforts – free of judgement or scare tactics – to ensure young people have the information they need to make healthy, informed decisions.

To that effect, the CCSA will soon be releasing a guide for youth allies to talk to young people about cannabis use. This Cannabis Communications Guide will combine our knowledge and independent research with what young people told us they want to know – with the most effective ways to tell them.

And our research shows that, more and more, young people want unbiased, evidence-based information on everything from the dangers of impaired driving to the harms of cannabis use and support services for substance use disorders. We will use this information to inform and develop new products aimed at educating children and youth and dispelling any misconceptions they have.

Ultimately, we hope to see a delay in the onset of use for as long as possible, an increase in the quality of cannabis products consumed and a decrease in overall rates of use.

We also hope to see an equitable enforcement of laws and regulations across the country. For example, restrictions on use in rental housing can disproportionately affect students and lower-income populations, including indigenous communities.

Some indigenous communities are taking the initiative and developing their own regulations over production, processing, sales and use, which could lead to questions of jurisdictional rights where there are inconsistencies with provincial, territorial or federal regulations.

In fact, provinces and territories having different policies and regulations brings up potential concerns and opportunities.

Finally, there are lingering concerns about cannabis-impaired driving – specifically an increase in auto accidents among young drivers who are already at the highest risk. In fact, 16 to 34-year-olds represent only 32 percent of the Canadian population but 61 percent of the cannabis-attributable fatalities, according to a 2017 CCSA-led study.*

Other concerns involve the ability to detect cannabis impairment, potential issues at the US border, a shortage of officers trained in behavioural roadside detection and a lack of research establishing a clear link between the level of THC in the blood and the level of impairment. And certainly, more public education is needed on the interaction of cannabis and alcohol.

Will societal cost go up or down?

A recent study published by the CCSA, Canadian Substance Use Costs and Harms, determined that cannabis contributes about $2.8 billion to the total cost of substance use, which was $38.4 billion in 2014. Cannabis was also responsible for the third-highest substance-related criminal justice costs at $1.8 billion.

Which begs the question – when legal cannabis comes into effect, will the overall cost to society go up or down? Only time will tell. The cost of policing and prosecuting simple possession will go down, but this could be offset by increased health costs if use goes up. Only time will tell.

So, there are still some wrinkles to iron out, but the good news is we can now have these conversations.

Fundamentally, the CCSA strives to mobilise the evidence to minimise the harms and maximise the benefits. Moving forward, the CCSA will continue to ensure that public health remains the priority when it comes to decision making and that these decisions are informed by science and evidence.

Rita Notarandrea
CEO
Canadian Centre on Substance Use and Addiction