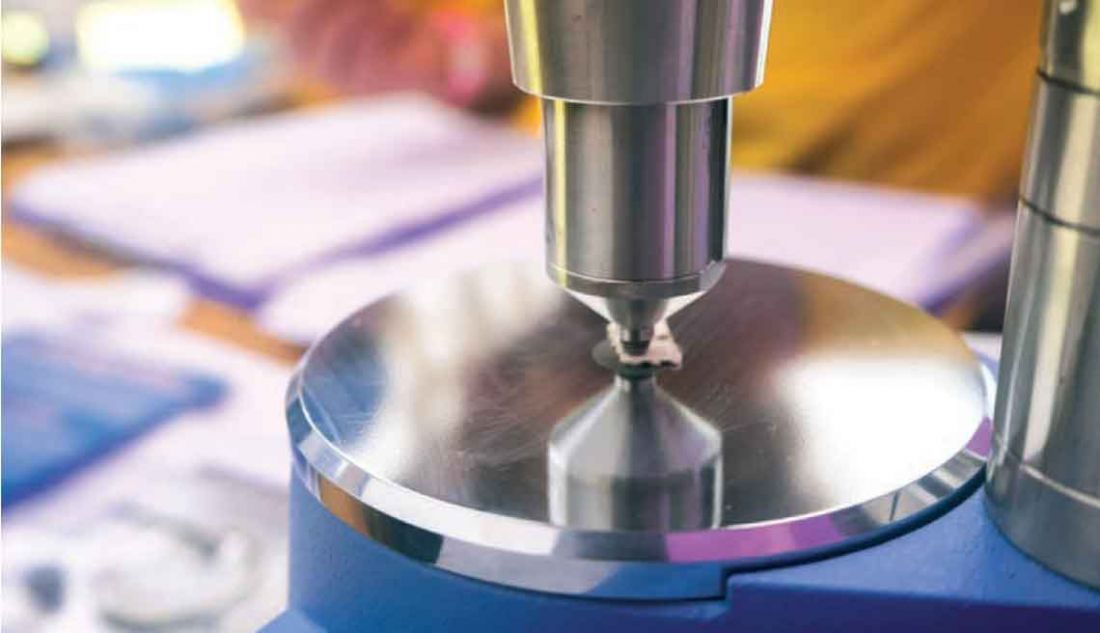 Otago University Students Association chief executive Debbie Downs had initial misgivings about introducing testing of recreational drugs for students but, after some informal research of her own, she concluded it was not just a good thing but a necessity. The rest is history.

It is not so often in life that one gets to look back with the clarity of hindsight and feel like something couldn’t have gone better; interestingly that’s how I feel about the drug checking that we have carried out this year.

The decision to go ahead with drug checking during Orientation (the week before the academic year officially begins at University) was one that was months in the making. It was an interesting journey to say the least, and I now know far more about illegal substances than I ever thought I would!

The journey began with the suggestion from one of our student representatives that we should introduce drug checking. My initial reaction was a definite and stern “no”. How could I let our organisation with its proud 129-year history of providing services to students possibly be involved in activities that are not strictly legal? What would the response from the wider community be? What would our stakeholders think?

Had this journey started with a profound belief in needing to make this happen the journey would have been shorter and probably easier; instead I started not even knowing if I should or indeed wanted to do this.

I am a ‘why’ person, I needed to understand the why, and ignore the ‘what’ for a while. Once the why was sorted in my head – to help keep people safe – I knew drug checking actually did fit with who we are as an organisation; and something I could personally support.

My first step was to talk to students to get an understanding of how prevalent drug use is in our young people. Anecdotal research at best I know, but an important part of my understanding of how valuable this service might be, and whether or not it was worth the risk. I had heard about deaths in Australia and hospitalisations in Christchurch the previous year, but wanted to understand drug use in a local context. Turns out according to those that I spoke to, pill taking is almost as common as alcohol in our young people. I was told how easy pills are to buy, and how cheaply. I was told how when having a night out, one merely decides whether to buy a pill or a box of beer (or the like). Now I know this doesn’t apply to all young people, but nor does it apply to only the few that I spoke to. This also isn’t a student problem, nor did the people I speak to fit a certain socio-economic demographic. Drug use in our young people is real, it is common, and it is dangerous. Box one ticked, the why firmly embedded in my brain.

I was put in touch with Wendy at Know Your Stuff; what a fabulous organisation. We talked about what we were trying to do, if we could work together, could we make this work. A bit more research about their work and their organisation and it was time to talk to our stakeholders. In the context of OUSA (Otago University Students’ Association), these are the organisations that we work with the closest, they understand us, work with us and support us. Our stakeholder groups (as we see it at least) include the University of Otago, Dunedin City Council and Police. I knew there was no point asking for support from any of these organisations in an ‘official’ capacity. I already knew what the answer would be, what it in fact would have to be. So my conversations were with some of the individuals within those organisations that I know well, trust, and respect the opinions of. Other than some reasonable reservations everyone I spoke to was really supportive. Box two ticked.

A brief read of media over the Christmas period saw some interesting commentary in support of drug checking around summer festivals. Seemed the wider community might just be more receptive to this initiative than I thought they would be. I knew when I started this journey that if we did make the drug checking happen it would be me that would front the media. I have never wanted my 15 minutes of fame, if we went ahead I was going to have it anyway. The stories I read in the media weren’t quite a box ticked, but it certainly helped. It also led me to the NZ Drug Foundation as they had been asked to comment in the media. A quick call to them early in the New Year, helped me to understand even more the importance of providing this service.

It was about here that I had a conversation with a colleague who told me firstly, that I would be damned if I did go ahead with testing, and damned if I didn’t; he also added how guilty I would feel if someone was hospitalised or worse died from taking something that was not as it was supposed to be. I know that I can’t be held responsible if that had happened, but I would hold myself responsible if I had not done everything I could to make sure that didn’t happen. Especially knowing what I now knew about the prevalence of drug taking in our young people. Last box ticked – I should do this because it is needed, I can probably get away with providing drug checking, and make others see that drug checking is an important harm prevention service that can save lives. Just like having condoms freely available (something we already do) doesn’t make more people have sex, drug checking wasn’t going to make more people take drugs, they were already doing that, we just needed to educate them and do what we can to keep them safe.

Finding a location for testing was also not straightforward. This was going to be the first time in NZ history that drug checking was going to be publicly available. This was not going to happen behind the closed gates of a ticketed event away from prying eyes, we were going to make the service available to anyone that wanted to test. It was always going to be at the ‘student-end’ of town, but we would never be able to have the service on someone else’s premises. After discussions with Know Your Stuff and the NZ Drug Foundation we decided that a carpark at the back of one of our buildings would be ideal. Close, relatively easy to find but discreet and, importantly, private property; if things didn’t go exactly to plan we could remove people.

The rest, as they say, is history, testing went ahead during Orientation. Sixty one people went through the testing tent. Unfortunately we were only able to offer reagent testing, while this was better than nothing, it is not nearly as useful as testing with a spectrophotometer. The media storm ensued, but even that wasn’t too bad. Except the one journalist who thought a good question to ask me would be: would I be testing my own drugs. Really?

We brought testing back for the Hyde Street Party, 80 through the tent this time, and due to the use of the Drug Foundation spectrometer an unknown substance was detected. Know Your Stuff were able to put out warnings, these were passed to first responders, I think that’s when I really knew we had done the right thing and why it was so important. Not just for the young people that we provide services for, but for anyone. We proved that drug checking can be carried out in public and good things come from it.

Since February I have been approached by people I know, people I don’t, people on the side of the rugby field while I’m watching my kids play, people in the supermarket who saw me on the news. Every single person was positive and thought that it was about time drug checking was available. Not a single person had a negative thing to say.

Lastly, I need to thank Know You Stuff and the NZ Drug Foundation and the amazing people within these two organisations, they actually deserve all the credit. They made this possible, thanks for trusting us to take your endeavours out into the public spotlight, and not destroy everything you have worked so hard for. 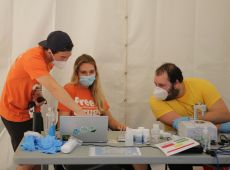