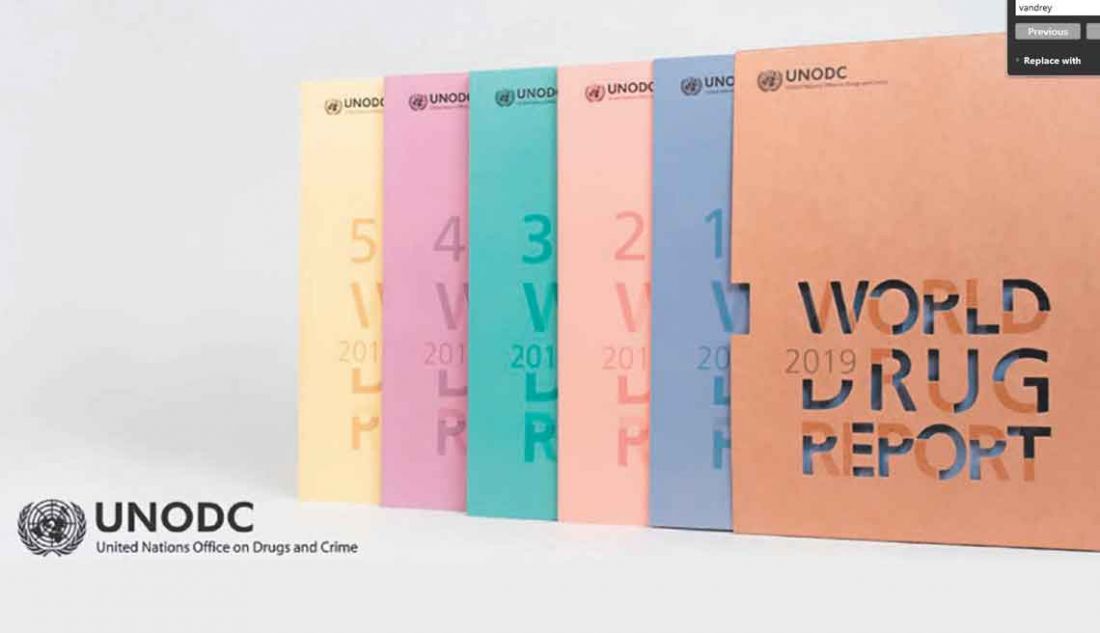 A United Nations report has highlighted the huge scale of annual deaths from drug use around the world, but the damage done by increasingly abusive prohibition doesn’t rate a mention. Filter magazine prepared this critique.

Worldwide, more than half a million people died from, or in relation to, illicit drug use in 2017, as the United Nations Office on Drugs and Crime (UNODC) presented in its World Drug Report 2019, published on 26 June. But the report failed to significantly evaluate widespread drug-associated human rights abuses inherent in prohibition and accelerated by the ascendancy of far-right leaders from the United States to Brazil.

The report mostly focuses on the public health impacts of drug use, such as overdose deaths and the persistent issue of injection drug users disproportionately impacted by HIV and hepatitis C infections (1.4 million and 5.6 million, respectively, out of the 11 million people who inject drugs globally). Touching on criminalisation, the report notes how incarceration exacerbates lack of access to healthcare for people who use drugs in general, with only one in seven of all people with substance-use disorders accessing treatment.

“Every year at this time, our members attend the launch of UNODC’s World Drug Report where we hear about the same approaches with the same poor outcomes,” said Heather Haase, Chair of the New York NGO Committee on Drugs.

But this year’s drug report was pretty strong on actually being honest about how bad the situation is."

For Haase, however, “one thing that stood out in the report was there was no section on human rights. That’s a huge issue in drug policy.” The report briefly notes the issue of compulsory drug detention centres in Southeast Asia. In 2014, these centres were detaining 50,000 people in 948 facilities across seven countries without their consent and, in some cases, without due process or clinical evaluation. The report recognises this as being in “direct conflict with human rights obligations and contrary to medical ethics”.

The report also recognises that the lack of “effective treatment interventions based on scientific evidence and in line with international human rights obligations” for all people who use drugs is a failure – yet no mention is made of the actual violations of those obligations.

The criminalisation of drug use is documented in the report, which notes incarceration rates. Yet it does not investigate, nor name as such, the human rights abuses that are, time and again, shown to be rife in prisons and jails. These omissions go against Haase’s conviction that “we should be talking about compliance with human rights instruments”.

This month, a slate of United Nations human rights special rapporteurs called on the UN to launch an independent investigation into Philippines President Rodrigo Duterte’s campaign of extrajudicial executions of people suspected of selling or using drugs, given the “scale and seriousness of the reported human rights violations”.

This comes as such policies are spreading to other countries such as Sri Lanka, which is relaunching its formerly abandoned policy of death penalties for drug offences. Commenting on Sri Lanka, Haase lamented, “None of that was mentioned in the report. And that’s very typical of the UNODC.”

But the UNODC’s was not the only major drug report released that week. On 25 June, the Global Commission on Drug Policy – a heavyweight body comprised of numerous former national leaders and other high-ranking officials – published Classification of Psychoactive Substances: When Science Was Left Behind. The report set out in detail the irrationality of current global drug laws – policies that pay little or no attention to the respective risks of different substances or to prohibition’s impact on people who use drugs.

Unlike the UNODC, the Global Commission centred human rights in its framing. Ruth Dreiffus, Chair of the organisation and a former President of Switzerland, wrote in the foreword:

… this classification or ‘scheduling’ of drugs is the cornerstone of the current repressive approach to drug policy, which has resulted in the ‘collateral damage’ ...

... of the ‘war on drugs’ – tragic consequences that the Global Commission on Drug Policy has condemned since its founding in 2011. The effects of prohibition – in terms of public health and security, discrimination and prison overcrowding, the rise in power of criminal organisations and the associated violence and corruption, as well as the lack of access to essential medicines – highlight the urgent need to change course and implement policies that are more effective and more respectful of human rights.”

One of the personal stories used to humanise these issues in the Global Commission report was that of Carol Katz Beyer, co-founder of the US advocacy organisation Families for Sensible Drug Policy. Beyer, whose journey and work was  profiled last year by Filter, lost two of her three sons to fentanyl-involved overdose. The section is titled ‘A mother’s account of losing her sons to prohibition’.

Governments’ abuse of human rights in the name of drug policy is near universal. As Filter has reported, the Russian Government, with a hostile track-record of depriving life-saving medication and targeting harm reductionists domestically, is also supporting Ukrainian separatists who have banned medication-assisted treatment, leading to suicides and riskier use likely to result in more preventable infections and overdose deaths.

In South America, Brazil is being led by newly elected fascistic President Jair Bolsonaro, who has a history of endorsing executions of people suspected of drug trafficking and recently slashed harm reduction from national drug policy.

In light of all of this, the UNODC’s lack of focus on human rights is indefensible. n