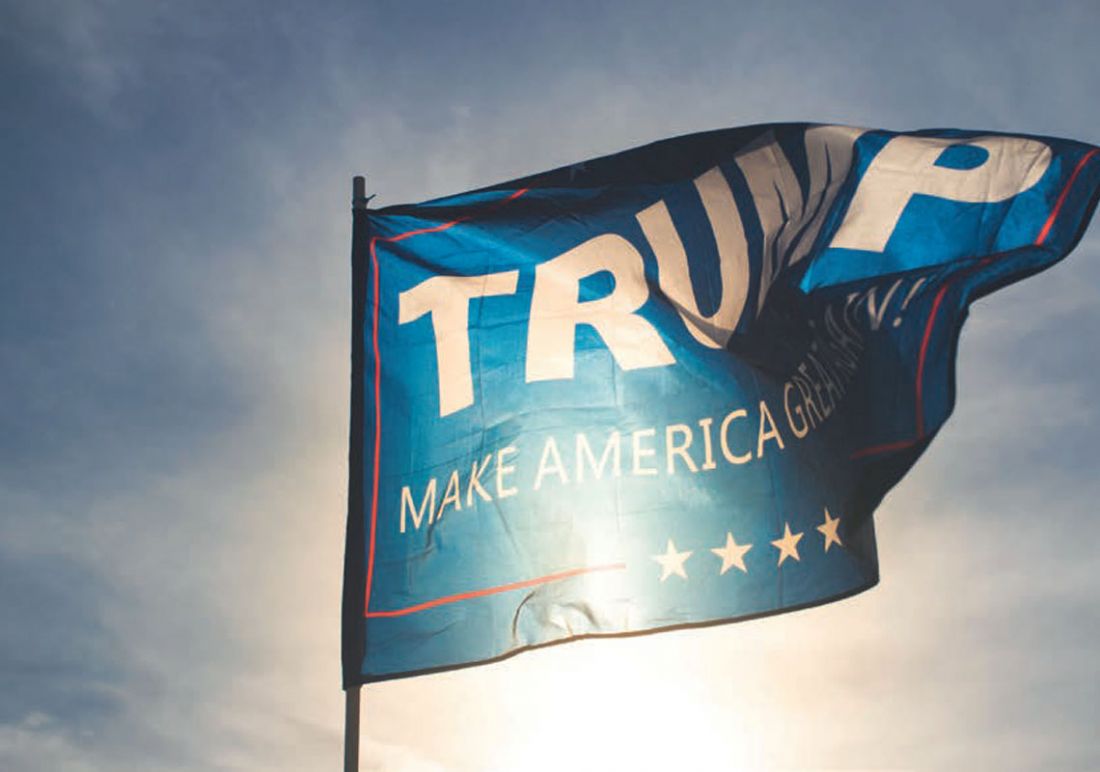 We’re just a few months into the new Trump-led America, and while some of his initial appointments are troubling, there’s no clear indication yet as to where his administration will stand on drug law reform. David Young looks at where the chips are starting to fall and whether the indications are that reform will continue or that years of slow and steady progress will be rapidly undone.

A unique aspect of Donald Trump’s presidency is that, weeks after inauguration, nobody is any the wiser about what many of his actual policies might look like.

That’s true even for those who would typically be delighted by the election of a Republican president and who support a firmer line on drug policy.

“I think they are still trying to figure it out. But I wouldn’t be putting money into the marijuana industry right now.”

Supporters of drug reform are looking at Trump’s early personnel picks and expressing alarm. The Drug Policy Alliance is highlighting an early Trump decision – the appointment of Jeff Sessions – in online fundraising advertisements asking supporters for help to challenge the new Attorney General’s “every step”.

“This is the guy I would have named if you had asked me a year ago who would be the worst pick for Attorney General. He was the worst senator on these issues, and now that he’s the top cop, it’s going to be very challenging.”

Sessions is a hardliner on drug enforcement, sentencing reform and forfeiture. Last April, he summed up his views on cannabis at a Senate hearing.

“We need grown-ups in charge in Washington saying marijuana is not the kind of thing that ought to be legalised, it ought to be minimised, that it is in fact a very real danger,” he said.

Sessions blocked sentencing reform legislation that was supported by his own party and supports the use of ‘civil asset forfeiture’, which allows Police to confiscate property from people who may not be accused of a crime. Drug convictions made up 40 percent of convictions when Sessions served as US Attorney for the Southern District of Alabama – double the rate of other Alabama federal prosecutors. In the 1980s, he famously said he thought the Ku Klux Klan “were OK until I found out they smoked pot”.

Sessions’ confirmation hearings saw him largely avoid questions on legal cannabis. But the very fact he was asked them is important, says Collins.

“We have gone from two states legalising to basically seven, so we now see additional support. A number of senators asked Sessions about recreational marijuana and gave remarks about their concern. It’s quite telling about where the political winds are.”

Sessions was confirmed by 52 votes to 47 at the end of a bitter nomination process.

“The whole new Cabinet is incredibly backwards,” he says, pointing to Health and Human Services (HHS) Secretary Tom Price, who voted against virtually every drug policy reform bill, including medical cannabis provisions supported by other Republicans.

One of the most far-reaching drug policy decisions for the new administration will be on the ‘Cole memo’, which has broadly protected states that have legalised cannabis from federal intervention.

Under federal law, cannabis remains a Schedule 1 drug just like heroin, meaning it has no medical value, has high potential for abuse and there is no accepted safe use, even under medical supervision.

The non-legally binding memo was drafted by the Deputy Attorney General in 2013 to advise federal law enforcement agencies on how to approach states that have legalised cannabis.

The memo suggests US attorneys not bring federal prosecution against individuals or business that are compliant with the cannabis regulations of their states – unless their behaviour violates particular federal priorities that include preventing the distribution of cannabis to minors and preventing revenue from going to criminal enterprises.

Trump’s administration has four choices. The first is to maintain the status quo – “keep the memo in place, focus on other things and not make this an issue,” as SAM’s Sabet puts it.

The Trump administration could rip up the memo and enforce federal law, possibly warning states that they could lose federal funding.

At the other extreme, it could pass a ‘states’ rights’ law that allows cannabis to be legalised.

Or it could ‘enforce’ the Cole memo, meaning the federal government would determine whether states have violated its terms.

“Basically, it beats all politicians in popularity, so it’s not a smart move in that sense,” says Tree.

While nobody can confidently make any predictions about the future of the Cole memo, one ostensibly drug-related policy has been made very clear: President Trump will build a Mexican border ‘wall’ to stop the flow of “bad dudes” and contraband – although it is not expected to impact the flow of drugs.

“Walls are essentially a Bronze Age technology,” says Tree. “Humans have had thousands of years to develop countermeasures.”

“It’s about posturing and looking tough. People who pay a price are overseas with no lobbies here to protect them.”

When the administration does start rolling out pilot initiatives, in any normal administration, that will require months of work and a long process of inter-agency communication, fighting over every comma ... Trump  can destroy all of that in one 3am tweet. That’s the wild card.

At least one key player in drug policy is yet to be announced: the so-called ‘Drug Czar’ or Director of the Office of National Drug Control Policy. Florida Attorney General and Trump transition team member Pam Bondi was seen as an early contender. Bondi opposed Florida’s medical cannabis ballot measures in 2014 and 2016. Frank Guinta, a former New Hampshire lawmaker, has also discussed the role with Trump’s team. The former congressman made the opioid crisis a central focus in his most recent term, advocating for legislation that passed last year aimed at countering the epidemic of addiction to painkillers, as well as accompanying funding.

As Trump settles in to the White House, those on both sides of drug policy reform are reflecting on the legacy of his predecessor.

“It’s one of those things where you don’t always appreciate what you have at the time,” says Collins.

“The former administration doesn’t get an A+ grade, but it did a lot to move rhetorically from the War on Drugs, [and] the President’s clemencies [given to prisoners on drugs charges], a lot of work on treatment instead of incarceration [and] a Drug Czar who is in recovery were symbolically important.”

Tree adds, “Obama’s Drug Czar did a lot of good on harm reduction. In that sense, it’s going to be hard to see how Trump does any better.”

Kevin Sabet says, “Unfortunately, in the last four years, you’ve seen this massive proliferation of Big Marijuana, which makes massive money off of heavy use especially among college students.”

It remains to be seen whether anti-legalisation advocates like SAM end up any happier about the new administration’s policy direction.

The biggest unknown factor is possibly the impetuous President himself. Trump is a teetotaller who has expressed just about every imaginable position on drug legalisation.

“When the administration does start rolling out pilot initiatives, in any normal administration, that will require months of work and a long process of inter-agency communication, fighting over every comma,” says Tree.

“Trump can destroy all of that in one 3am tweet. That’s the wild card.”

David Young is a journalist based in Washington DC, USA.