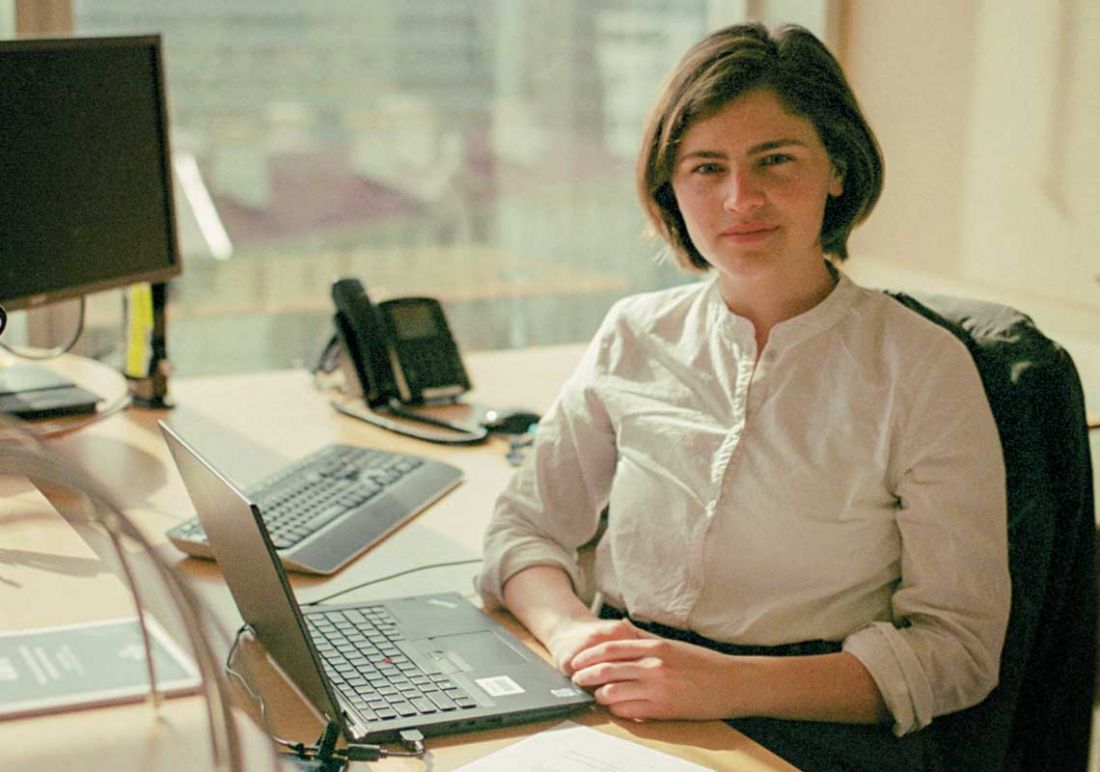 Green Party MP Chlöe Swarbrick’s medicinal cannabis Bill would have allowed people who are debilitated or terminally ill to legally grow cannabis if prescribed it by their doctor. The Bill lost 47 votes to 73 in the first reading. Here, she tells Q & A about her reaction and what life is like as a new MP.

Q How did you feel when your medicinal cannabis bill was rejected?

A The hardest thing for me was walking out of the House to face the group of patients and their whānau who had packed out the gallery to witness the reading. A lot of them were crying. I do feel these things deeply personally. The whole reason I’m in politics is to try to change things. It just felt like cynical politics had won. It wasn’t treated as a conscience vote.

The voices of the people who are suffering under archaic laws aren’t being heard, and this vote was a roadblock to them being heard. The thing that disappoints me most is that 78 percent of the public are in favour of the Bill’s premise, which is access and the ability to grow one’s own for medicinal purposes, but only 39 percent of MPs voted for it.

Q Why does New Zealand need to change how patients access medical cannabis?

A Under the present model, only about 70 people nationwide have access to pharmaceutical medical cannabis. The issue is it’s prohibitively expensive – about $1,200 a month. There have also been a handful of prosecutions of people known as ‘green fairies’. These otherwise law-abiding citizens are risking jail time in order to provide medical cannabis products to family and friends who are suffering. That indicates the law is unfit for purpose. The government’s Bill bizarrely provides a criminal defence for any terminally ill person to be charged with possession, which still means having some very sick people dragged through the criminal system.

A I’ve always been interested in philosophy and the reasons why we do the things we do. I studied law at university because it’s the framework within which we conduct civil society. In recent decades, we’ve seen a ‘War on Drugs’ philosophy indoctrinated as law. That approach has proven to be a failure. Criminalising drugs is causing more harm because people who have addiction or abuse problems can’t access help, so we just end up with increased harm and incarceration rates.

Q Can we put better safeguards in place to protect young people from the harms of alcohol and other drugs?

A A health-based approach is increasingly seen as the best way to go. Portugal is often held up as a shining example, but it’s important to recognise that, when they decriminalised drugs, they also massively increased funding for mental health and addiction services. Decriminalisation can’t happen in isolation. If we take a health-based approach, those services must be in place.

Q Now that you’re on the inside, are you more or less hopeful about democracy?

A Politics has become divorced from democracy for quite a while now. Politics is the games played by politicians. Democracy is engagement with citizens, and right now, that only happens once every three years when we vote in the general election. Hopefully, the voting down of my Bill serves as a wake-up to people that, if we want a proper democracy, we need to engage more regularly.

Since becoming an MP, I’ve seen evidence that the public have more power than they think. Politicians are comfortable in their jobs and keen to keep them, so when we put all our voices together and make it known that change is wanted, by and large they’ll do it.

Q During last year’s election campaign, you spoke publicly about your own battles with alcohol as a teenager. What was the response like?

A I have spoken about my struggles with mental health, particularly around anxiety and depression, when I was 15. Part of that struggle involved abuse of alcohol during those really dark times and was essentially a means of self-harm. That’s where drugs and alcohol can be incredibly dangerous.

Fortunately, I was able to work with mental health professionals to get myself to a healthier and happier place. When I was interviewed about this during the election campaign, the response was overwhelmingly positive, but a few people had some nasty things to say. Some suggested I’d chosen to discuss something deeply personal and actually quite traumatic just to win votes. Others said I was crazy, and there was no way I should be allowed in power.

One of the best things to come out of it was I had a great kōrero with Holly Walker, who wrote a book about her struggles with mental health as an MP. We think that, if more politicians felt able to talk about these issues, it would help with normalisation.