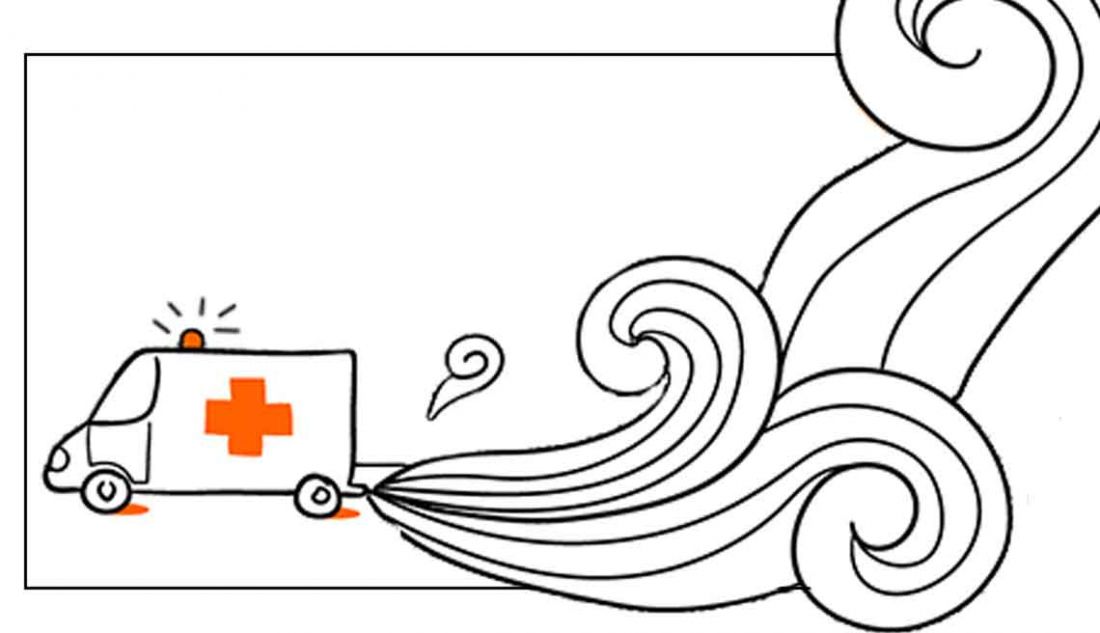 As the harm from synthetic cannabinoids mounts, it has become clear that not enough is known about its effects, who is being affected and how to help them. Nathan Brown reports on a Drug Foundation-led information gathering and sharing exercise aimed at reducing harm quickly.

Collapsed today and they had to call an ambulance, I was totally out of it,” said a young man.

The man, aged between 19 and 24, was one of more than 60 who responded to a survey that New Zealand Police, Lifewise Auckland, Odyssey House Auckland and the Drug Foundation devised to gather insight into who is experiencing harm from synthetic cannabinoids and why.

“If the batch is good then it’s OK,” the man said. “I just space out for a bit and forget about shit. Lately, though, the stuff has been really bad. I get sick and have to throw up. Sometimes I just pass out completely.”

It’s grim reading. This response and others like it helped organisations understand what was occurring and went on to inform a set of recommended responses.

Death and acute harm from synthetic cannabinoids in Aotearoa New Zealand have piled up since mid-2017, but information is scarce. The Ministry of Health called on the addictions sector to change that and the Drug Foundation compiled the report.

Insights have formed a picture of who is using synthetics – and, perhaps more importantly, why. The profile of people using synthetic cannabinoids is similar to that of huffing – except it’s not only young people. Back in 2017, there was a surge in use amongst young people, but greater publicity about the dangers saw that use drop significantly.

Synthetic cannabinoids help some people cope with compounding difficult circumstances such as past trauma, unemployment and homelessness

Recently, the people being harmed have spanned a range of ages – what they shared was a common experience of past trauma, difficult current circumstances and few incentives not to use such as employment, community or whänau connectedness.

For these people, the risk of death is not enough to stop using. For them, life feels bearable with synthetics – at least at first.

Insights tell us the people most at risk of acute harm from synthetic cannabinoids are men of varying ages with no stable accommodation who are not in work or study. Ambulance data shows that Auckland CBD, Porirua and Christchurch are most affected, with problems occurring in pockets. For example, Downtown Community Ministry in Wellington CBD has not seen the same number of people experiencing problems as neighbouring Porirua, which continues to experience a high number of ambulance call-outs.

We also know that almost half of respondents have been hospitalised or experienced seizures in the past.

People described an addictive cycle. Synthetics create a powerful dissociative effect, many times stronger than cannabis but very short-lived. As the extreme high rapidly subsides, it is replaced quickly with unpleasant symptoms. The result can be compulsive redosing, which can rapidly lead to addiction and an increasing risk of overdose. Synthetics can have a very negative impact on people’s lives.

It was not only the Ministry of Health that was concerned about the alarming new problem. A group of 20 frontline organisations and experts facilitated by NZ Drug Foundation via online video conferences to share the challenges they faced when trying to support those most affected.

The gaps in knowledge soon surfaced. In one memorable early moment, there was a discussion about pharmaceutical treatments which could be used to ease acute reactions. Certain benzodiazepines are being used by ambulance staff as well as to support people during treatment. The discussion highlighted the unknown factors surrounding these new drugs.

Whereas some services knew about the deaths and acute harm, they had not experienced the same demand in their region. Others were overloaded and needed more tools and guidance to help people. All agreed that systemic social issues were a root cause underlying the harm we continue to see in New Zealand.

Attempting to address someone’s use of synthetic cannabinoids before ensuring they have somewhere to live is a waste of time and money.

Synthetic cannabinoids help some people cope with compounding difficult circumstances such as past trauma, unemployment and homelessness because they offer a significant ‘bang for your buck’. They get people very out of it so they feel less pressure from life’s concerns – all at a price they can manage.

The immediate response must be to reduce the risk of acute harm and death among people who are using synthetic cannabinoids. That means telling people how to use them more safely. The Ministry of Health’s new discretionary fund, announced last December, will help direct resources to where they’re needed most. While the details of this are still being worked out, the Drug Foundation has asked emergency services what information people most need and put this into a flip-card, which can be ordered from the Drug Foundation website.

Emergency services said they had nowhere to refer people following an acute harm episode, so it’s clear that an intervention pathway and health referral system for synthetic cannabinoids is of the utmost priority. At the same time, frontline services told us they weren’t structured to respond to acute harm immediately. The best way to address this is with rapid referrals, outreach teams and individual follow-up.

However, these measures are little more than thumbs to plug shameful holes in our delivery of support. All services agreed that, if people’s circumstances remain the same, they will keep using these drugs.

Some people needed support for other problems not directly related to drug-use. Stable housing, for one, is critical. Attempting to address someone’s use of synthetic cannabinoids before ensuring they have somewhere to live is a waste of time and money. But accepting this also means recognising that change happens slowly and not always on a continuum. People who can’t immediately stop using synthetic cannabinoids or cycle in and out of use should not be excluded from transitional housing.

This report lays a path for the treatment sector to transform itself to meet the challenges presented by not only synthetic cannabinoid use but also the next harmful substance to inevitably surface. At the time of printing, approval was being sought from the Ministry of Health to make a detailed version of the report publicly available to the sector.

If one thing is certain, it’s that this will keep happening until there are some major systemic changes.

The young man who had reported collapsing after using synthetics on one occasion said things went downhill fast.

“It gets you hooked real quick, too. I need it every day now.”

Note: An earlier version of this article was published in the magazine. This was not the final version and contained references which unintentionally put the spotlight on a single organisation.

This month, the government announced an amendment to the Misuse of Drugs Act which will enable Police to use greater discretion when deciding whether to prosecute for drug offences.

The Misuse of Drugs Amendment Bill targets suppliers of synthetic drugs, reclassifying two synthetics (5F-ADB and AMB-FUBINACA) as Class A drugs, and increasing police search and seizure powers. It will also create a new temporary drug classification category, which police hope will enable emerging drugs to be more easily brought under the Misuse of Drugs Act.

However, at the same time it offers support to people struggling with addiction by requiring police to consider whether a health-centred or therapeutic approach would be more beneficial than prosecution.

Police will receive comprehensive training and guidance to ensure the changes are effective.

Police Minister Stuart Nash said police would continue to prosecute people for personal possession and use “when appropriate”, based on the merits of each case.

Drug Foundation Executive Director Ross Bell called it “the most significant, positive change to our drug law in over four decades”. However, he warned that it would need to be backed up by significant extra funding for health and social services.

He said many regions have already been trialling alternative diversion and health referral schemes but they have been frustrated by a lack of support and funding.

“For this law change to be meaningful, the government urgently needs to invest resources into drug harm reduction, prevention and treatment services. Currently drug law enforcement receives over three times the funding that health services do, and it’s time the government switched the scales.”