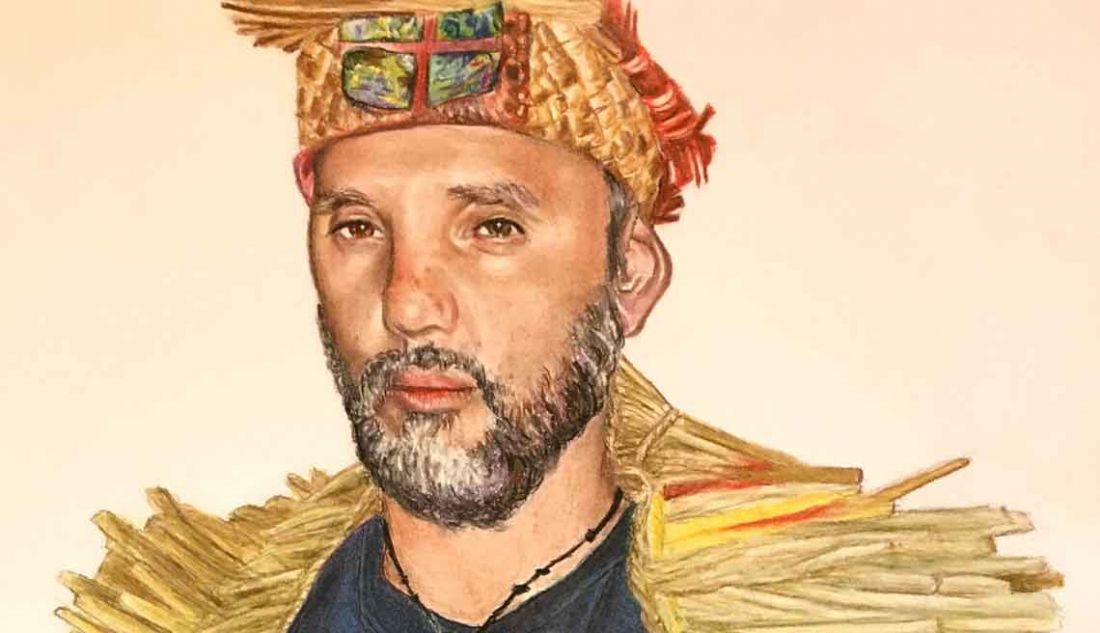 Even the shortest prison sentence can be a life sentence for some.

Prison can completely change a person’s life, the lives of their whānau and their future prospects. For many of those people, the cards were stacked against them before they ever walked through the gates.

So what does it feel like to be one of the thousands of Māori who are locked up in our prisons and who are so frequently talked about as a shameful statistic? Meet Tipene and Jess. Not as statistics, not as ex-prisoners. As New Zealanders like yourself, with a past that may be different from yours and hopefully a better future.

Kōrero Pono is a powerful exhibition by advocacy group JustSpeak, which gives voice to people with lived experience of the criminal justice system. We're sharing two of the narratives in the magazine to mark the launch of Health Not Handcuffs.

JustSpeak Director Tania Sawicki Mead says 77 percent of people currently serving a prison sentence have themselves been victims of family or sexual violence. “We can hear from these stories that the mass incarceration of Māori whānau and the pipeline from state care to prison have created a legacy of hurt and harm spanning many generations.”

JustSpeak is asking all New Zealanders to think about how we can collectively change this narrative and create a society based on compassion and fairness instead of punishment.

I kind of felt like what they were trying to do to me was more harmful than me supplying cannabis to anybody, they ripped me away from my family, put me in prison and subjected me to the lifestyle in prison. I thought that was a whole lot worse than me supplying cannabis to my mates. The biggest impact of course was the separation of family, having been the main caregiver for my children, [it] was huge. So for me to lose them, for them to lose me, it was the biggest impact I feel. Bigger than any prison sentence.

The biggest issue I found was that you could not be considered for parole unless you’d completed the Drug Treatment Unit [programme], which I thought was pretty crazy because rehabilitation in a negative environment like prison, under coercion, just doesn’t work, it simply does not work. You change because you want to change, not because you are being ordered to by Corrections in order for you to get out.

I think the biggest impact is the stigma that comes with it, the discrimination that comes when you get out. I was unemployed for three years after I got out. Applied for many jobs. Ended up becoming a solo parent again, but you know solo parent money is not that great and, yeah, I wanted to work, and I wanted to contribute and I wanted to pay for my kids to do things but I couldn’t get a job anywhere. New World, Maccas, and I tried all the usual jobs. But the thing is I was always honest about my past – I’m a convicted drug dealer and I’ve spent time in prison – and I always say that quite openly. I’m sure that impacted on whether I got the job or not.

Being punished is not working. And all you’re doing is exposing people to shit that’s going to give them PTSD … just going to prison is enough to give you PTSD. The things that you see and some of the sounds that you hear. I’ve witnessed things in prison that I would never have seen on the outside ... seeing the type of level of violence and sexual assault is quite traumatic, actually. Can only imagine what those men are going through right now if they’re out.

It is clearly not working. I feel like I’m one of the lucky ones because I had the support, I had a house to go to and ultimately I ended up getting a job, so those are the three viable things you need in order to stay out of prison. Not everyone has that.

Before I went into prison the last time, I went to a treatment centre and I got clean off drugs and alcohol. So I was six months clean of drugs and alcohol when I went to court, and I think my court appearance was one of the most intense days of my life really … because I thought I would get home detention. So I went to court six months clean, had heaps of support behind me – people from the treatment centre and my family had come up to Auckland. I felt as though I was going to get home D. I had food in the fridge at home, and the judge on the day just did not look lightly on meth dealers and I ended up getting sentenced to four years in prison. Having done all that work and treatment I was really frustrated. And when I went into prison like ... in the first week, there was drugs available. So it wasn’t somewhere that was a healthy environment to go into trying to stay on the straight and narrow and I’m just grateful I did treatment before prison because the way that I felt after I got sentenced was enough that I would have picked up drugs I think at some point unless I had that behind me. And prison didn’t give me that, I got that from a treatment centre and the support that I developed before I went inside.

Whilst in prison, I would ask to go to drug treatment, you know, I was always going can you get me on this programme? Can you get me on that programme?’ And the programmes lady was really cool to me, and she did get me on lots of programmes. But then two weeks, maybe a month before my parole hearing, they finally decided they wanted to put me in DTU [drug treatment unit], which I find very ... I find it appalling really. That I wanted to do that for the whole time I had already been in jail then all of a sudden before my parole, they gave me the choice. Uhmm and that would have meant I would have had to go to Wellington for six months and it would have almost unsaid guaranteed my parole. But I made the decision not to. ... not to go into DTU and to go to parole and try to get out and I did get out. I was very lucky ... but that kind of thing, like, I don’t understand why we don’t have drug treatment units at every prison since 80 percent of prisoners have drug addiction issues. And if you’re begging to go to a drug treatment unit, I don’t think people should have to beg. I think it should be available. And it’s not even something that’s above and beyond for me. It’s something that is realistically gonna help. So yeah, I believe the limited access to programmes is also a punishment above and beyond imprisonment itself.

I don’t believe prison overall reduces reoffending. I think that going into prison is counterproductive to rehabilitation and living a productive life. So I think that the more we put people in prison the more society is impacted in a negative way because we are not, you know, offering a solution. We are not solving the problem by doing that. So I think it also gives society an illusion that they are safe when really it’s contributing to complete opposite to safety. I think it separates people, it creates an ‘us’ and ‘them’. It creates a divide between ... actually not people who have committed crime and those who haven’t – but those who have been caught for crime and those who haven’t. Because almost everybody I believe has committed a crime. Whether it’s like drunk driving, speeding, selling drugs, taking drugs. There are all things that we have done in our lives, and I wonder ... I think it would have been very different if everyone was caught.