About a drug: Mescaline 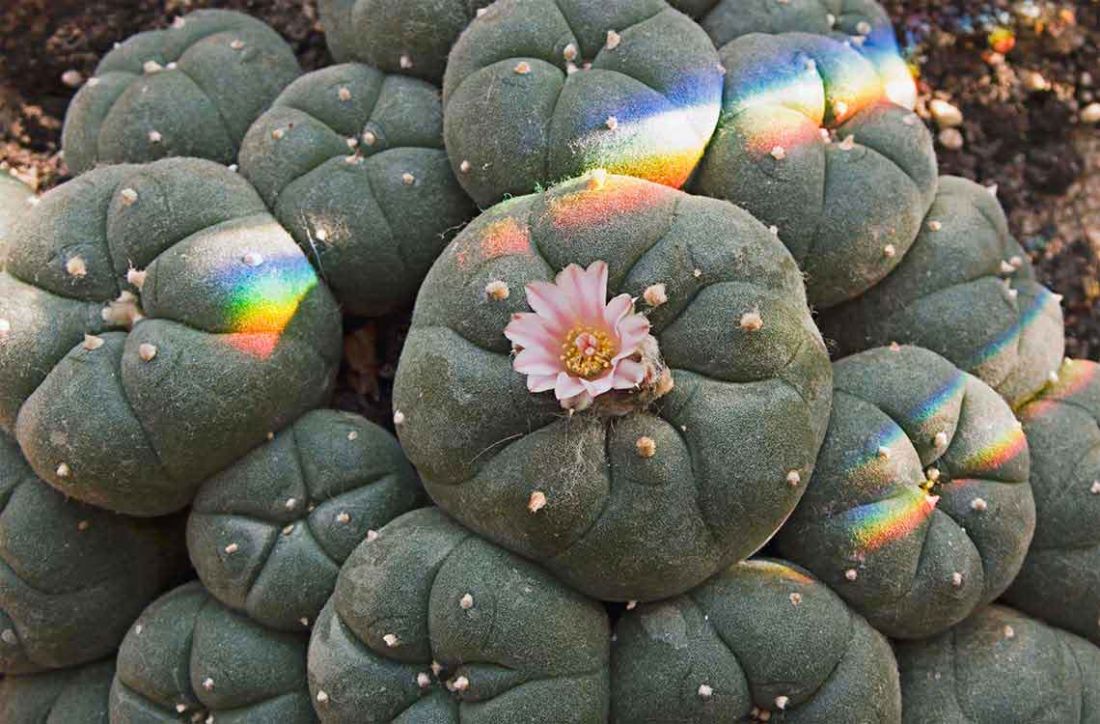 Mescaline is an alkaloid that causes hallucinogenic effects similar to those of LSD and psilocybin (magic mushrooms). It occurs naturally in several varieties of cactus, most notably peyote (native to Mexico) and the San Pedro cactus (native to Peru).

Historians and archaeologists affirm ‘psychedelic cacti’ have been used by Native Americans as part of religious ceremonies for thousands of years. However, mescaline was only identified as the active ingredient in the cacti in 1897 by German scientist Karl Heffter. Heffter was the first scientist to be referred to as a ‘pychonaut’ due to his willingness to test his newly discovered chemicals on himself. It was first synthesised in 1919 by Austrian chemist Ernst Späth.

Mescaline is usually prepared by cutting the cactus up into fine pieces and simply boiling them for a few hours before ingesting the water. Another form in which it is taken is by chewing the buds that grow from the cactus stem when it is chopped off at ground level. These buds can also be dried and ground – and then mixed with fluids. Most users say the taste of the cactus is extremely bitter and unpleasant.

Typically, mescaline users experience visual hallucinations (both open and closed eye) and radically altered states of consciousness. These are usually found pleasurable and illuminating, but they can be accompanied by feelings of anxiety or revulsion. Other negative side effects can include racing heart beat, dizziness, diarrhoea and headache. Mescaline containing cacti can cause intense nausea and vomiting, which was particularly valued by traditional Native American users because it was considered cleansing. Mescaline is not thought to be physically addictive, and there have been no verifiable deaths from its use. A typical dose lasts 10–12 hours.

There have been some suggested medicinal uses for mescaline. In 2012, Norwegian researchers Teri Krebs and Pal-Orjan Johansen published a meta-analysis in the Journal of Psychopharmacology indicating there was good evidence from the 1960s and 1970s for the effectiveness of the hallucinogen LSD in treating alcoholism. They also noted that other studies found that the psychedelic effects of substances, such as mescaline, were also “highly valued and beneficial” and that indigenous groups have claimed that peyote helped them stay sober.

Similar speculation about the benefits of mescaline as a treatment for depression have been made. The theory is hallucinogens work in the brain by increasing blood flow and creating new and positive kinds of connections. However, research on how mescaline and other hallucinogens work in the brain has been limited. It’s hard to get approval for such studies as hallucinogens tend to have Schedule 1 status under the United Nations Convention on Psychotropic Substances.

Therefore, recreational mescaline use is illegal in most western countries, but in some countries, such as Canada, traditional peyote is exempt from legislation. In New Zealand, cacti such as the San Pedro may be cultivated for ornamental purposes but not for recreational use. Mescaline is a Class A drug here under the Misuse of Drugs Act. That means you could be imprisoned for up to six months for possession and up to life for supply.

Information about mescaline use in New Zealand is relatively sparse. It doesn’t appear, for example, on the Drug Foundation, Police Drug Info or NORML websites (except for being listed as a Class A controlled substance). This suggests its use is not widespread or seen as particularly problematic.

But it is certainly being used here. In 2011 two men were caught outside a Te Rapa garden centre cutting a stolen cactus up into strips. It’s doubtful their intentions were ornamental. The centre told investigating Police that such thefts were not common but that some staff had been approached by customers wanting a San Pedro cactus so they could “boil it up for a high”.

New Zealand drug community and harm reduction website TripMe has a small group who discuss mescaline online, but posts are infrequent, and the most recent appears to be from early 2013.

Our lack of widespread interest in mescaline isn’t that surprising. Most cacti sold by garden centres are quite small, and they’re not terribly fast growing. Considering you need 30 centimetres or more of cactus blade for a decent boil-up, Matters of Substance thinks mescaline will remain a minor player in our drug pantheon. Most Kiwis wanting to get high will put their ingenuity towards cultivating something else.

Drug information History About a drug