Using the red Flanders Poppy as a symbol of remembrance dates back to the Napoleonic Wars when poppies were the first plant to grow in the churned up soil of soldiers' graves.

This connection between the red poppy and war dead was renewed over a century later on the Western Front during the First World War.

It was verses by Lieutenant-Colonel John McCrae, a Canadian medical officer, which began the intriguing process by which the Flanders Poppy became immortalised:

In Flanders Fields the poppies blow
Between the crosses, row on row,
That mark our place; and in the sky
The larks, still bravely singing, fly
Scarce heard among the guns below.

The poppy is also the plant from which opium is extracted. Opium is a narcotic resin containing morphine, which can be chemically processed to produce heroin. Heroin is controlled under the UN’s 1961 Single Convention on Narcotic Drugs. In New Zealand it is a Class A drug controlled under the Misuse of Drugs Act.

Our cover story examines how the War on Terror and the War on Drugs’ are now being fought on the same battlefield. The United States argues drug money supports terrorist infrastructure. Their military forces fighting terrorism in Afghanistan have also been engaged in eradicating opium fields. US Central Command has a counter-narcotics budget of 700 million dollars, up from 73 million in 2004. Despite this, and since the overthrow of the Taliban, opium poppy cultivation has hit record levels. Clearly, the US efforts are failing, and many in the international community are urging a new and more effective approach.

In 1998, the UN agreed to a plan for a drug free world by 2008, and they meet in New York next year for a stock-take of progress against that goal. We anticipate that countries such as the US will promote their tough approach, but it’s difficult to see how they can command much influence when their efforts in Afghanistan have been such a glaring failure.

International evidence overwhelmingly supports pragmatic harm reduction approaches as more effective solutions to drug problems. Thankfully, New Zealand is firmly in that camp. We hope our representatives will be a strong voice at the summit.

NB Over 10 years the Drug Foundation has published 500 articles in the Matters of Substance magazine. Half of these stories are available here as webpages, and the rest are in PDF format only (download May 2007 copy 2.2 MB). 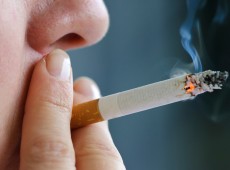