What would people who use drugs, or people in recovery, or those in communities impacted by drugs and drug policy think of the global community’s recent efforts? Underwhelmed would be my guess.

In 1998, political leaders set themselves the brave target of achieving a “drug free world” by 2008.

I have no problem with aspirations – after all, wouldn’t we all love world peace? But 10 years on, meeting recently in Vienna to assess their progress towards their goals, I believe our political and diplomatic leaders have been hugely irresponsible. They’ve neglected any honest assessment of progress towards the objectives they themselves set. Instead they’ve engaged in mutual back-slapping while ignoring the realities of human suffering around the world – much of which is caused by their own policies.

If public health is supposed to be the first principle of drug control, where was the assessment of progress towards health goals at the Vienna summit? There was none. Instead, strenuous efforts were made by some member states to resist proposals to improve access to harm reduction services or increase access to pain relief medication.

The acquiescence of the Commission on Narcotic Drugs (CND) reinforces many member states’ decisions to maintain medieval prohibitions on proven lifesaving health interventions, such as opioid substitution therapy and needle exchange programmes (see Mythbusters for more).

The CND also persists in its mythmaking about success in controlling worldwide drug supply. They argue 100 years of prohibition has “contained” the world’s drug problem. This is despite evidence showing illicit cocaine production has increased in the Andes and record opium crops are being sourced from Afghanistan. And while drug use does appear to have stabilised or declined in parts of the developed world (including New Zealand), indicators strongly suggest increased use and harm in the regions of Africa and Asia, and in populous countries like Russia and China.

One significant highlight did emerge from the Political Declaration. This was the recognition that global drug control efforts must be taken in full conformity with international human rights law. For too long the world has seen systematic and egregious abuses of human rights in the name of drug control (witness the extrajudicial killings in Thailand, drug-related executions in China and Singapore and failures to provide evidence-based addiction treatment in many parts of the world).

It is good that even the CND, for all its many weaknesses, can agree that the humanity and dignity of people who use drugs must be protected.

NB Over 10 years the Drug Foundation has published 500 articles in the Matters of Substance magazine. Half of these stories are available here as webpages, and the rest are in PDF format only (download May 2009 copy 2.7 MB). 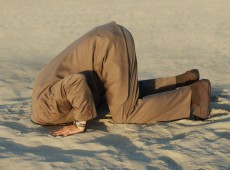