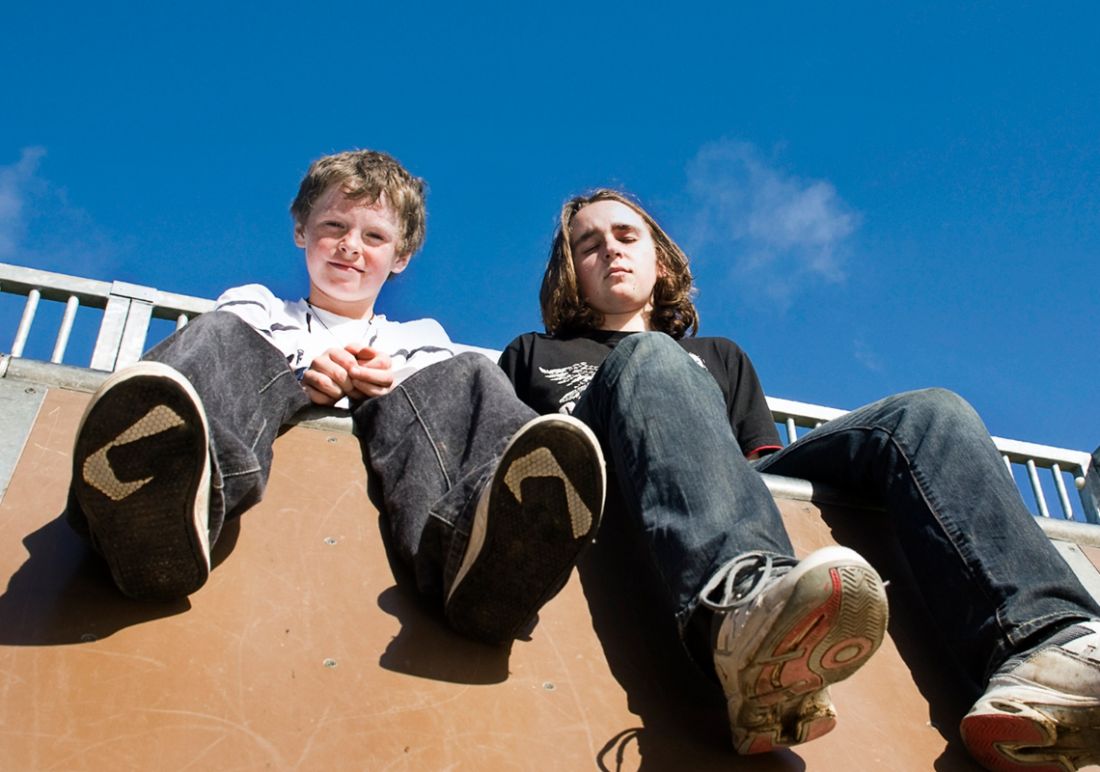 Every year in New Zealand, well over 1,000 students are excluded from school (suspended or expelled), and the most common reasons include alcohol or other drug use.

The average age for a child to be excluded is 13.5 years and, of course, Mäori and Pacific students are 63 percent more likely to be excluded than any other demographic.

An April 2011 paper by Regional Public Health, When One Door Closes: Evidence-based solutions to improve outcomes and open new doors for students excluded or expelled from school in New Zealand, says children who are excluded from school encounter many short- and long-term problems as a result. These include poor educational achievement, lower social wellbeing, health disparities, isolation from society and, unsurprisingly, increased likelihood of alcohol and other drug use.

Research is still going on, and perhaps more is needed, as to why so many students are excluded, but a likely contributing factor is that many schools feel they have no other alternatives, even while they concede exclusion will do the student little good in the long run.

However, a number of CAYAD (Community Action on Youth and Drugs) providers around the country are developing new programmes that may be the better alternatives many schools believe they lack.

He Taumata Toa – Growing Champions is a gym programme run by Consultancy Advocacy and Research Trust (CART) in Wellington. The programme was one of four that received funds from the Drug Foundation’s FebFast held earlier this year.

The gym, which targets disadvantaged Wellingtonians to help them overcome their drug problems, has been working with Wellington High School to provide a ‘stand-down’ alternative to exclusion for students caught with alcohol or other drugs.

Instead of being suspended or expelled, students are offered the opportunity to engage in a restorative process that includes a family-school conference, counselling and the opportunity to attend the gym. Students choosing the gym go for at least 2 or 3 days. CART counsellors talk to them about why they take drugs and the lifetime consequences of drug use and help them think about setting better long-term goals.

But He Taumata Toa’s emphasis is heavily on the gym programme, because getting them active and engaged in fitness activities like kick-boxing can work a whole lot better than words.

Gym trainer Dan Barrell said in The Dominion Post in April this year that a lot of the kids they see have been told they’re nothing and that, with problems at home and drugs all around them, they don’t know any better.

“But if they can find something they’re good at, it gives them aspirations to achieve their goals.”

After their time at the gym, the students are allowed back to school, but many return to the gym daily or regularly to keep working on their fitness or their new-found chosen sport – and to continue being mentored by the trainers.

The programme, still in its pilot phase, has been running for about a year and has been attended by about 15 Wellington High School students so far. School Guidance Counsellor Kirsty Ferguson says the gym is an excellent resource and a good way of connecting with young people.

“In the end, schools have limited resources, and there’s only so much they can do, so it’s great to have an intervention that is community-based. After all, ‘it takes a village to raise a child’.”

There hasn’t yet been time for formal evaluation, and the programme is still evolving, but Kirsty says, so far, the anecdotal evidence is very good.

“The kids have all been really positive about the programme, and not one has reoffended. I think the positive role-modelling and the emphasis on physical fitness and goal-setting really fits with the school’s restorative process, which has a lot to do with building and restoring relationships.”

CART Manager Laurence O’Reilly says it’s also great for the trainers to see the kids react so well. He agrees that excluding kids from school is only going to make things worse.

“Sure, you need a deterrent, but we believe there are never any good outcomes from suspension and there has to be a better way, especially for the first offence.”

He says they’re continually working on improving the programme and that the long-term goal is to extend it to include any school in Wellington that wants to take part.

The Whole School Approach working group was established in September 2009 to help intermediate and high schools in Auckland find alternatives to expulsion and suspension for alcohol or other drug use.

The working group consists of a number of different agencies working together to promote a collaborative approach that focuses on students’ health and wellbeing.

The approach is based on building a positive school culture, with strong leadership, and requires interventions that are evidence-based, multi-faceted and influence the student’s life as well as the school environment.

Members of the working group include Auckland City Truant and Alternative Education Services, Odyssey House, the Families Commission, the Mental Health Foundation, Auckland Council, the Ministries of Education and of Youth Development and schools themselves.

Group Facilitator and Auckland CAYAD Project Co-ordinator Anna Jacob calls the project a “massive beast”, but she means that in a good way.

“Auckland is the largest CAYAD, with more than 80 schools in the area, and they all have unique needs and approaches, and while each body on the working group agrees that it’s important for students to remain in school, we all have different views on how that can best be achieved.

“The fact that we’ve continued to work so well together despite these differences and difficulties shows there’s a genuine shared commitment, and that’s a real success in itself,” she says.

“One of the hardest things in working with schools to help them change their policies and environments is getting them to understand that we’re not here to interfere; that we really do have the best interests of the school, the students and their families at heart.

“It’s a long game for us, but we’re making progress, and more schools will come on board as we have more success.”

The working group has put together a literature review about good practice and the best ideas about alternatives to exclusion, and they have surveyed schools about what they think will work. Do they still have ‘zero-tolerance’ policies or are they exploring a more holistic approach towards students with alcohol or other drug-related issues?

Anna reckons the literature review confirms the working group is on the right track in terms of the best evidence around the benefits of keeping kids at school, and the survey results show many schools are keen to explore alternatives to exclusion. She’s feeling really positive, even though it’s a long-term project and results will come further down the track.

In the meantime, schools are encouraged to contact the working group if they need support or expert advice, and the working group can also refer them to nearby services that are available to give support with alcohol or other drug-affected students.

To help schools and other organisations deal with young people who have alcohol or other drug issues, Nelson-based CAYAD provider Health Action Trust has a produced a new resource: More Than Just a Policy: Best Practice Alcohol and Other Drug Policy for Youth Organisations – Guidelines.

Author Rosey Duncan, a health promoter working on the CAYAD contract, says there was a real need for a more cohesive point of reference for the vast amount of information already available, and the resource was an attempt to pull it all together as a collection of best evidence and practice.

“One of CAYAD’s objectives is to promote the adoption of effective policies and practices to reduce alcohol or other drug-related harm. At the moment, there is a real range amongst schools’ drug policies – some are good and some aren’t so good, and some schools don’t have much in the way of policy at all. It’s not even a requirement that they do.”

She says one of the main benefits of having sound, evidence-based alcohol and other drug policies in place is to improve consistency of responses and clarify expectations. Young people clearly understand behavioural requirements and consequences, and all staff know what to do when an incident occurs.

“Good policy reminds staff there are many factors to consider when dealing with a young person on an alcohol or other drug-related matter. It also protects them. When there are no guidelines in place, they’re vulnerable and could easily make a mistake that might hurt them professionally, especially regarding searches and drug testing.”

More Than Just a Policy was released in January this year and is being distributed throughout New Zealand.

An evaluation plan is being prepared for later in the year, once the resource becomes more widely used.

Rosey says it’s a slow process, but they are already receiving positive feedback from organisations using the resource, and Health Action Trust is confident more schools and other organisations will come on board as awareness about it grows.

Health Action Trust hopes the resource will result in better policies that support more young people to remain engaged in their places of learning, experiencing a sense of belonging and support, which, in turn, means they will more likely achieve well later in life.