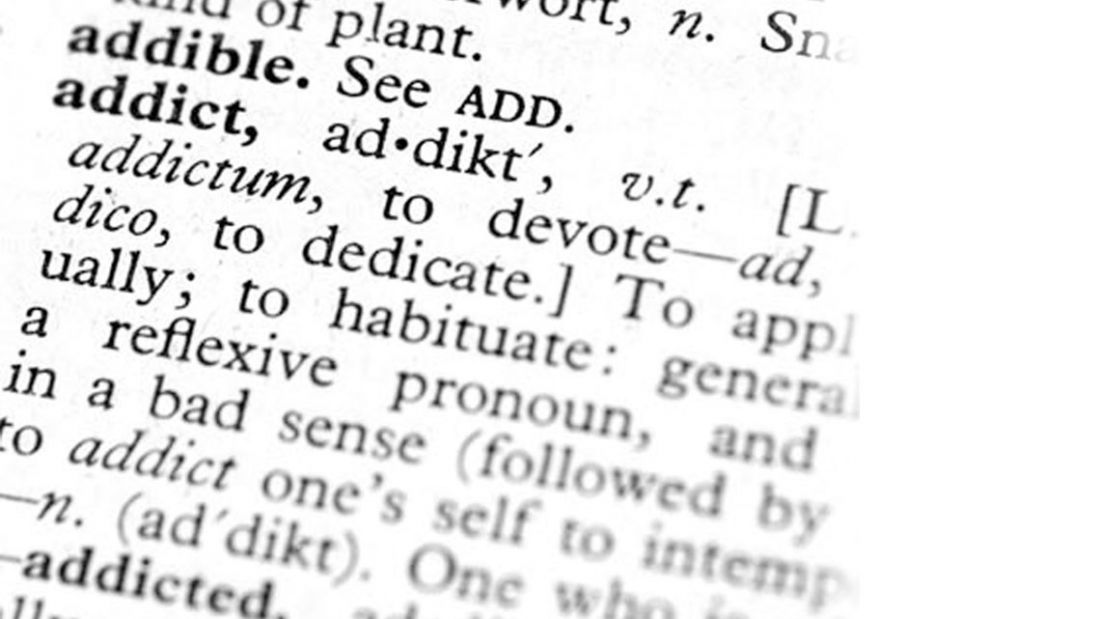 The very reasons many people object to using the word ‘addict’ in treatment are the very reasons why it should be used. It’s a hard word (as in tough and no nonsense) in both its sound and in its meaning.

It’s a legitimate medical term, but it’s also a meaty word that doesn’t beat around the bush. It provides an accurate representation of the serious disorder we know addiction to be and doesn’t confuse the client (or the practitioner) by hinting that things might not be that bad.

That hardness of meaning is also reflected in the hardness of how the word sounds. It has lots of consonants, unlike more popular words such as ‘dependence’, which sound softer, wetter and less alarming.

Those involved in 12-step programmes will tell you they like the word because it gives a precise roadmap of what you need to get well. It helps a person face reality and helps acceptance of required treatment.

These people will tell you addiction is a disease and that, in most cases, there is no life-long cure. The suffering doesn’t have to go on forever, but you’re not helped by not accepting the true nature of what you have become. A diabetic will always need insulin, a haemophiliac must always be careful about cuts and abrasions and an addict will never be able to take their substance safely again.

Some people may perceive pejorative associations with the word ‘addict’, but that’s hardly the word’s fault.

This clearly demonstrates that words often carry connotations that colour their meanings, and ‘addict’ is one of those words. That has big implications for whether we should use the word in treatment, as most of us know there is a lot more to the people we deal with than that.

We need to move away from labelling people with dependencies as ‘addicts’. The connotations of the word can seriously impair their road to recovery by causing stigma. Stigma on the part of society can banish those with dependence issues to the fringes, and inner senses of shame and helplessness can be effective roadblocks to recovery. They can make a dependent person less able to be helped and less likely to seek help.

Perhaps worst of all, stigma obscures the rest of that person’s identity. Referring to someone as an addict creates a one-dimensional caricature of that person. For example, when a factory-working father of two who happens to have a drug dependence is labelled an addict, his addiction becomes his identity, and his occupation and status as a father are obscured.

Recovery is about focusing on a person’s strengths, which gives them positivity and helps them overcome their struggles. Labelling someone an addict focuses only on their weakness and helps condemn them to failure. Why can’t we us terms such as ‘people with substance dependence’ or even ‘people with addiction’. These labels remind us our clients are people first and dependent individuals second.

‘Addict’ may be a legitimate medical term, but it needs to be consigned to the high-level medical journal articles no one actually reads. There are much more helpful terms to use when dealing with real people.