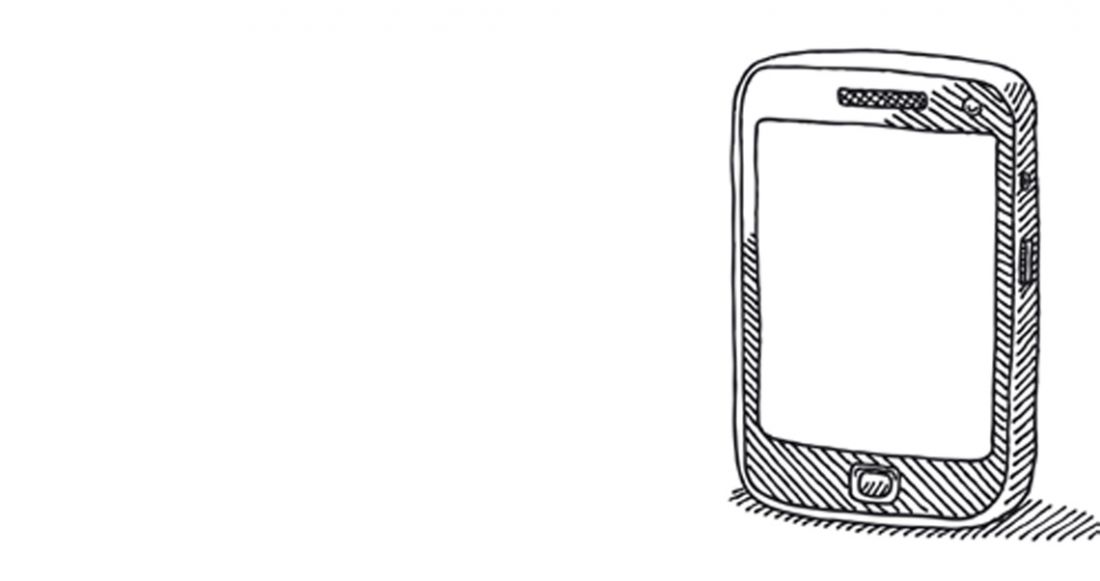 There are new apps and programs designed to help your sobriety, but can technology replace face-to-face recovery? Sarah Peters takes a look at how new apps are aiding recovery.
You might not know it yet, but your best friend and worst enemy in recovery may be the same tool you use every day – your smartphone.

Smartphones connect us to other people, resources and information faster than ever, but there are two sides to the emerging use of technology in addiction treatment. Those connections can lead to positive choices as easily as negative ones.

“For many people, there are real and virtual environments that we exist in,” said Keith Heinzerling, Medical Director at the UCLA Center for Behavioral and Addiction Medicine. “There is a typography of the online world, and it is conceivable that people might be exposed online to triggers – people, places or things – that might prompt them to use drugs in the same way it would in the real world if they, for example, walked by a bar.”

A new wave of research is working to catch up to the flood of smartphone applications on the market that target addiction, behaviour modification and a myriad of health interests. One such researcher is Nancy Barnett, an associate professor at the Brown University Center for Alcohol and Addiction Studies, who is in the developmental stages of a cellphonebased intervention study.

While not an app, the cellphone-based program operates using text messages. Participants enrolled in the study receive alerts or notifications sent to their phones at key times when the likelihood that they are planning to or are already engaging in heavy drinking is at the highest.

“This is a really rapidly growing area,” Barnett said. “There are text messaging [programs] for all kinds of health behaviours, medical illnesses and just about everything, but I would say that the research about their efficacy is much farther behind.”

The study, funded by a grant from the National Institute of Alcohol Abuse and Alcoholism, could help researchers shed some light on how information relayed through our phones can impact our behaviour.

“It’s so early in the evolution of these programs that it’s hard to tell what it could lead to,” Barnett said. “One thing that’s really attractive about these remote technologies, or technologies that don’t require a person, is that they have the potential to be really cost-effective and reach populations that are more difficult to get to or that would not be receptive to meeting with somebody in person.”

There’s an app for every addiction

Software developers have been quick to jump in on the emerging trend of healthrelated apps. There are apps to break habits, to find 12-Step meetings, to journal thoughts, to track goals. An app doesn’t have to be specifically for addiction in order for it to help recovery.

“One of the reasons smartphones are so instrumental in recovery is because we have them on us all the time,” smartphone app developer Holly Hess said. “Therefore, when we make our choices like whether or not we will look at, for example, pornography on our phone, our app is on our phone as well.”

Her experience with addiction apps comes from both a developer standpoint and as a consumer, she said.

Hess built recoveryBox, an app available for iPhones, in 2010 to help a friend overcoming addiction. The app caught on and was used by her friend, his counselling group and eventually herself.

A key feature of the app is designed around accountability. In recoveryBox, a person tracks both positive and negative choices made throughout the day and has the option to email an update report to a friend or counsellor.

Hess chose not to automate the report

feature because “you have to take ownership of your recovery and you have to choose to connect with people with whom you need to connect,” she explained.

However, the desire to keep addiction totally private can sometimes block a person from reaching out for treatment. Resources and information via apps may reach individuals who statistically shy away from in-person counselling, according to Steven Shoptaw, a physician at the UCLA Center for Behavior and Addiction Medicine.

Shoptaw is part of a research team that is developing an app to help adolescents quit smoking. The study is targeting young Korean smokers, a group that has among the highest rates of smoking in youth populations in Los Angeles.

But with all the games available for download on cellphones, Shoptaw said an app must have a balance between being fun and informative before youths will want to use it.

“There’s a tension between using a cellphone to deliver health information like smoking cessation and the many other things the cellphone is used for like texting or playing games,” Shoptaw said. “One of the things we’ve struggled with is not making the application fun and inviting at expense of the skill that needs to be learned and acquired to stop smoking.”

It doesn’t matter how helpful an app is if it doesn’t keep a user engaged, he said.

The team is working on building games and rewards into the app that reinforce positive behaviour. What the researchers learn from the app could be used to build similar tools for other segments of the population in the future.

With all this connectivity and access to resources, a recovering addict needs to be more aware of their triggers both online and offline, according to Associate Professor of Clinical Education at the USC Rossier School of Education Mary Andres.

“Immediate access is one of the things that happens with apps,” she said. “Access feeds into addiction because of impulse control. If I can get something quicker, then I am more likely to not pause and think about whether this is a good decision.”

Andres, a licensed clinical psychologist with specialisations in sexuality and sexual dysfunction, pointed to the app Grindr and social media-based Tinder as examples of where too much access can cause damage.

“People’s self-esteem is attached to it,” Andres explained. “Sometimes it’s flattering, but other times, all of a sudden, you’re handing your self-esteem over to strangers. [You question] ‘Do they like me? Am I representing myself well?’ It really is playing with people’s vulnerabilities.”

While we may feel that technology creates a safe buffer zone between us and other people, it may actually be increasing our anxiety, she said.

Another way apps, social media and other online platforms can cause ripples in recovery is the changing dynamic of anonymity and how people view each other online.

“I have a love-hate relationship with the comment section of any article posted online,” Andres said. “You see the ugliest side of human nature come out in those comments because of anonymity, but at the same time, you have people who are making incredibly courageous comments, too.

“Some people are able to find recovery through social networking sites and apps because these are more commonly conversations between friends, not strangers, and they create an online fellowship.”

Technology is a bridge

Addiction experts don’t recommend forgoing face-to-face interactions or checking in as needed with a professional when using apps to aid in the recovery process, no matter how good that app may seem.

“The real important drawback is that I don’t know of or whether any stand-alone technology could treat a really serious alcoholic, for example,” Barnett said. “It’s not the same as going into treatment or meeting with a counsellor or getting medication.”

Barnett, whose study targets college-age participants who have identified as possibly having a drinking problem, acknowledged that apps and other remote solutions may help some individuals modify their behaviour, but it will likely be a stepping stone for others to realise they need more serious help.

“I think of these types of technologies as bridges or as an adjunctive kind of help,” Barnett said. “They can help people to get to treatment, help people to stay in treatment and get them thinking about treatment.”

Another reason people should never let an online presence take the lead in their recovery is because no app or technology can duplicate what happens in a meeting, Andres said.

“You can’t replace the value of face-to-face identification and the phenomena that happens in group.”

An in-person meeting has a three-fold impact that doesn’t translate online: sitting across from someone whose story mirrors your own, meeting someone with greater sobriety who acts as a role model and bolstering your own sense of value by helping newcomers, she explained.

“You’re not going to get all that in a tweet. You’re going to get that only by having a three-dimension experience with another person.”

Sarah Peters is a regular contributor to The Fix.

Sarah Peters
A regular contributor to The Fix.