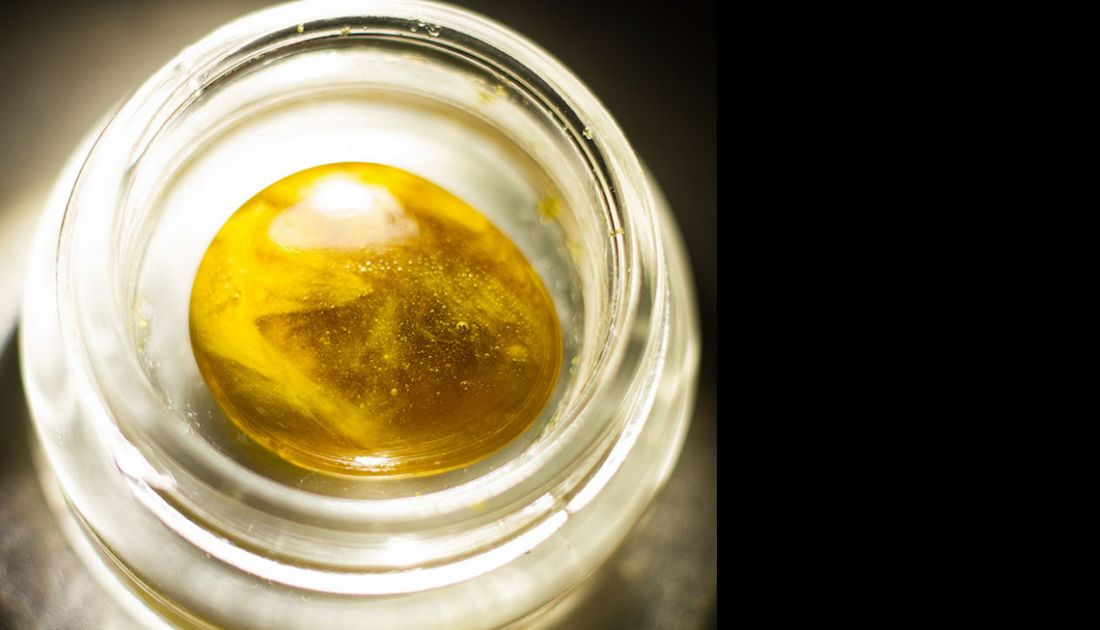 Dabbing is a relatively new way of smoking cannabis involving highly concentrated extracts known as BHO (short for either ’butane honey oil’ or ’butane hash oil’). These extracts are produced through a complex extraction of cannabinoids that creates a wax-like or honeycomb-like substance results. This is then ’dabbed’ onto a smoking device – such as a titanium bong bowl – which is usually heated with a kitchen blowtorch and the smoke or vapour inhaled.

Some have hailed dabbing as “a quantum leap forward in stoner evolution”, and its THC concentrations can reach 70–90 percent. Ordinary cannabis bud is considered pretty strong if it has a concentration of 20 percent. BHO should therefore not be confused with the cannabis and hash oils that have been around since the 1970s. These have higher THC concentrations than bud but nowhere near the levels of BHO.

Dabbing is reportedly quite popular with medicinal cannabis users due to how little smoke is inhaled to achieve maximum effect, with some saying it is the only way to get the amount needed to alleviate their pain. Recreational users says it provides a cleaner, stronger high, and some also say they like it because they need to smoke less (better for the lungs) – or because they can enjoy smoking more.

“Every time I [dab], I get high. I can use it 30–40 times a day, and I still get high,” one anonymous user told the first online episode of VICE Magazine’s Weediquette in 2013.

In pockets all over the US, particularly on the West Coast, dabbing has become widespread enough to develop its own cultural following. In Colorado, it is made by legal businesses that distribute it to local cannabis dispensaries – all under the supervision of the Colorado Medical Marijuana Enforcement Agency.

Possibly the biggest danger associated with BHO is in its method of home production. Butane is highly flammable and very volatile. You don’t want to be playing around with heating it unless you really know what you’re doing and have the right equipment – and especially not if you’re already high. Butane is also heavier than air and can therefore travel along the floor until it encounters an ignition source.

There have been several BHO lab explosions in the US, with Police describing the incidents as pretty much the same thing (and with the same results) as meth lab explosions. One incident was so violent that it blew the house partially off its foundations and caused a huge fire, according to Lieutenant Rick Ko of the Fresno Police Department in California.

A second danger is the remaining butane residue in the smoked product, and if there are contaminants (i.e. pesticides, herbicides, fungi) on the plant material, these are also going to be concentrated in the extract produced.

A study published in Addictive Behaviors in 2014 investigated whether dabbing is associated with more problems than regular cannabis smoking. They found none other than that it led to higher tolerance and withdrawal, suggesting regular dabbing may increase dependence.

They did say, however, that users saw dabbing as being significantly more dangerous than other forms of cannabis use.

There are discussions on New Zealand-based websites like TripMe that show dabbing is happening here (and therefore so is BHO production), though its use does not appear widespread. A rare few speak with authority about its production and use. Some are obviously confusing it with normal cannabis oil spotting but most show interest and curiosity – though not all of such comments on discussion boards are approving.

Interestingly and in closing, Addiction Inbox suggests dabbing is something the cannabis legalisation movement would rather you didn’t know about.

“As crack is to powdered cocaine, so a dab is to a joint,” they write. In fact BHO has been referred to as “the crack cocaine of cannabis”. This reputation added to the inflammmatory production methods (and associated disasters) make it a “potential public relations disaster”.