Special greetings to those reading this at the combined Cutting Edge/Australasian Professional Society on Alcohol and other Drugs conference; a warm welcome to our international guests.

Our regular readers will notice something different about this issue. Our cannabis cover story dominates the pages – I explain why in the cover story introduction.

It’s been described as ill thought-out, arbitrary and one of the least effective pieces of legislation ever enacted. I’m referring to the United Kingdom’s drug law, but those comments could apply equally to our 32-year-old Misuse of Drugs Act, which I’ve previously and more politely described as a patchwork of amendments, many of which were ad hoc responses to short-term public or political concerns, leading to an inconsistent piece of legislation.

It has seen twenty amendments; one of the most recent in 2005 creating the Restricted Substances category (commonly, but incorrectly, called “Class D”). Next month, there will be one further change: classifying party pills as Class C1, making the 2005 amendment redundant. Calls to review this outdated law are made more frequently than the amendments. The Minister has listened, announcing a complete review of the Misuse of Drugs Act, at the time he introduced his party pill bill to Parliament.

The review, led by the Law Commission, is aimed at providing a “better, more coherent and rational legal framework” for drugs, but alcohol and tobacco will not be included. The review is due to be completed by December 2008. Is 15 months enough time for the commission to do its work?

Probably not. There are a number of inconsistencies and other technical legal bits that need to be addressed, and the review is also considering the Act’s underlying philosophy. That’s no easy task. It will require a considerable thoroughness and the sort of wide consultation rarely seen.

The current review of the Police Act, a similarly important law, is an exemplar the Law Commission should follow. That review is a two-year project and involves four stages of very broad consultation, which will result in a bill, itself allowing further public input.

Any new drug law must support our national drug policy, which aims to minimise the harm from drugs. For that to happen, the review must be done properly and with an appropriate level of time and resource.

NB Over 10 years the Drug Foundation has published 500 articles in the Matters of Substance magazine. Half of these stories are available here as webpages, and the rest are in PDF format only (download November 2007 copy 2.4 MB). 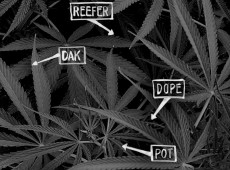