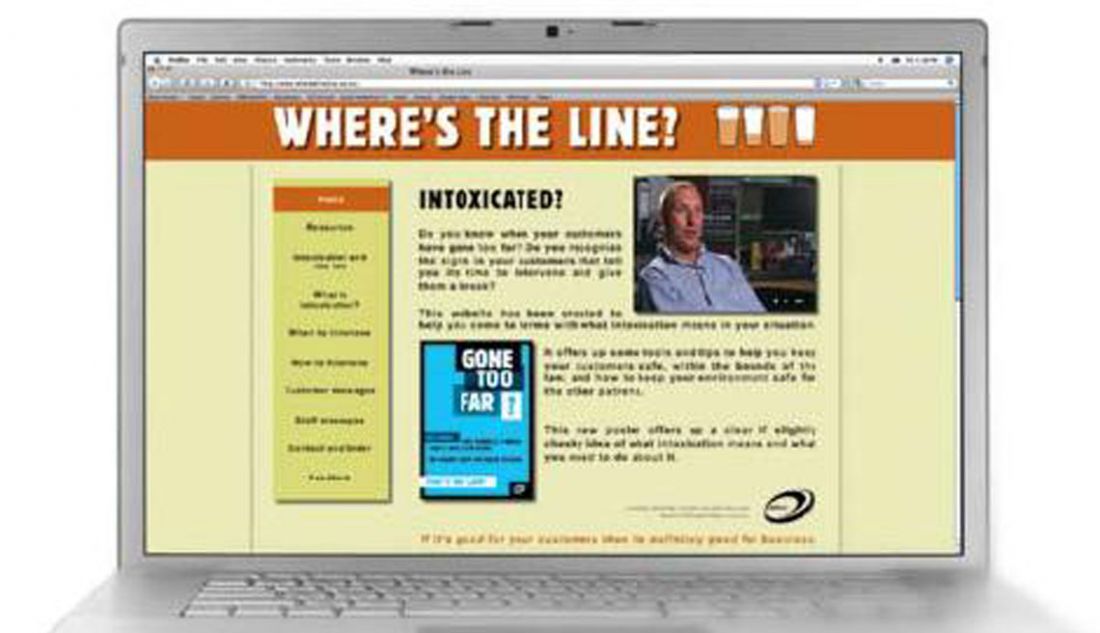 Under the Sale of Liquor Act 1989, it is clearly illegal to sell or supply liquor to an intoxicated person; to allow a person to become intoxicated; or to allow drunkenness or disorderly conduct on licensed premises. However, the law doesn’t actually define intoxication, so how does a host identify a drunk patron, and what should they do when they have? A new ALAC-developed website could provide some helpful guidance.

According to Ross Henderson, Health Protection Advisor at Waikato District Health Board, there are four levels of intoxication.

The first is ‘loss of inhibitions’, the happy phase most patrons want to reach with those first few drinks in order to relax, socialise and enjoy themselves.

The second stage is ‘loss of judgement’, the loud stage where the drinker is in danger of saying and doing things they wouldn’t do when sober and that they may regret later. The line between loss of inhibitions and loss of judgement is blurry and different for every drinker. One person’s ‘happy and convivial’ may be ‘loud and obnoxious’ to others sitting nearby. This second stage is also one of the most dangerous. It’s when people are most likely to make risky decisions such as thinking they’re OK to drive when really they’re not.

‘Loss of reactions’ is the third stage, when the physical signs of intoxication are becoming fairly obvious, and the final stage, ‘falling over drunk’, is when alcohol attacks the motor skills and the drinker begins to stumble, fall and knock into things.

When patrons start drinking, they quickly experience the euphoria associated with a loss of inhibitions. Unfortunately, many are unable to stay at that stage of intoxication and soon move to the next phase, and that’s when the trouble can start.

But knowing when and how to intervene to prevent this happening can be very problematic. Many bars don’t have clear procedures in place about how they will identify and deal with intoxicated patrons, some of whom may be argumentative or even unaware it is against the law to be intoxicated on licensed premises.

Several states in Australia have introduced clear legal guidelines about how to identify an intoxicated person. Under the guidelines, bartenders assess a person’s speech, balance, coordination or behaviour to see if they are ‘noticeably impaired’ by alcohol.

In the absence of such guidelines here, a new website has been developed by the Alcohol Advisory Council called Where’s the line? It was produced to help New Zealand bar managers and staff understand intoxication and to provide tools and tips to help them keep their customers – and their licences – safe.

According to the website, the time to intervene is well before drinkers reach the second stage of intoxication, but the real key is identifying early the people who are likely to become intoxicated.

Recognising the signs of impending intoxication starts with the way managers and staff engage with patrons when they first come through the door. Interacting with customers in a friendly and open way can help staff get an idea of who might be in danger of secondstage intoxication, who may already be at a stage where they should not be served and who should be asked to leave.

After establishing good monitoring procedures, the second and third steps in managing intoxication are being prepared to intervene and then taking action the minute it is necessary.

The website provides a number of suggestions, such as how to calmly but assertively inform intoxicated patrons they can no longer be served under the law, or when to suggest a water, some food or a taxi instead of another drink.

It also offers a number of resources that can be ordered. These include a DVD and booklet for hospitality workers entitled That’s Intoxicating, which explains intoxication and how to help customers drink within the law.

A seven-minute preview of the DVD can be viewed online. Posters and stickers designed to make things clearer for both staff and patrons may also be ordered.

The site itself is easy to read and navigate, and each page displays short video excerpts from a range of bar owners, health experts and officials covering issues around intoxication on licensed premises.

Good host responsibility means looking after your customers, and that mindset has to be embraced by the entire staff of any establishment, from the licensee down to security and bar staff, and even to the new guy collecting the glasses.

Where’s the line? is an excellent starting point for any licensee wanting to make sure staff are ready to deal with the ‘gnarly problem of intoxication’. Check it out at www.wherestheline.org.nz.