President Bill Clinton warned, “Never pick a fight with people who buy ink by the barrel”. That’s good advice; making an enemy of the media is not wise.

Nevertheless, I do think the media’s treatment of the “Zac Guildford incident” deserves a brickbat, along with a challenge to deal with addiction and problematic alcohol/drug use better.

Walking into my dairy the other week I was confronted with roaring headlines from two major daily newspapers, one asking, “What will they do with the drunken player?” Other media revelled in the sordid details of Guildford’s behaviour in Rarotonga, with some outlets dispatching journalists to the Cook Islands to gather more salacious stories, and others harassing Guildford’s family and friends for an inside scoop.

The coverage demonstrated the worst side of our media: the gossipy, voyeuristic, scandal-loving, ugly side (the side we also saw with coverage of Milly Holmes). I thought at the time, if Guildford was someone with an alcohol dependency problem, that type of coverage would do little to help him. And more broadly, that type of coverage only served to reinforce the media’s and the wider public’s poor understanding about our country’s alcohol and drug problems; addiction in particular.

I said as much at the time.

My message was clear: Your coverage isn’t helping Guildford, and it isn’t enlightening the public about the complex issues that might underpin Guildford’s and other young New Zealanders’ problems with alcohol and drugs; you have a responsibility to be more than a gossip rag.

I got a fair hearing, but most media weren’t so keen on hearing that message, and continued to hunt down dirty details.

Some media tried their best and interviewed people who were able to say helpful things. Guildford’s Crusaders coach, Todd Blackadder, especially deserves praise for his thoughtfulness and understanding of the wider issues. Colleagues from the sector also added more light than heat to the story.

Whether Guildford is just a young kiwi who drinks in very hazardous ways or someone with an alcohol dependency disorder is between him and the people providing him support. He deserves privacy on those matters.

But there are lessons for the media. You play an extremely important role in informing the public, but you need to get better informed on alcohol and drug matters. And when you cover problematic and dependent alcohol and drug use, please do so in a way that informs with compassion and without stigma. I hope you do better next time.

NB Over 10 years the Drug Foundation has published 500 articles in the Matters of Substance magazine. Half of these stories are available here as webpages, and the rest are in PDF format only (download November 2011 copy 3.6 MB). 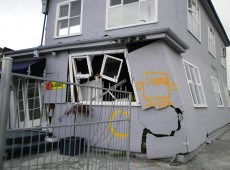 The little community clinic that could 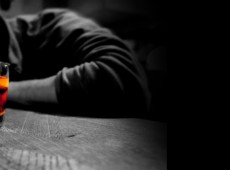