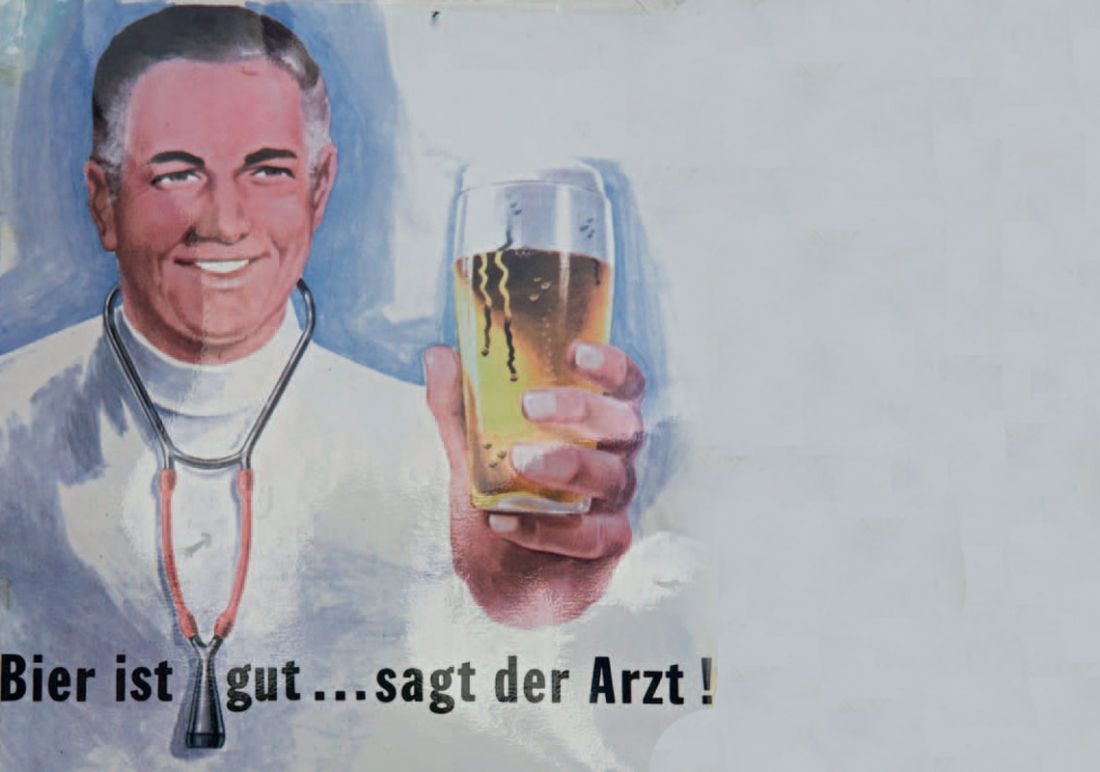 Does a drink a day keep the doctor away? Eric Crampton examines the J-curve and looks at myths around moderate drinking.

A curious thing happens when you move from America to New Zealand: the health benefits of moderate drinking disappear.

The 2010 Dietary Guidelines for Americans says the relative risk for all-source mortality among moderate drinkers is 0.80 – moderate drinkers enjoy a 20 percent reduction in their risk of mortality as compared to non-drinkers. But the New Zealand Food and Nutrition Guidelines for Healthy Older People suggest that purported benefits are overstated and note uncertainty around the evidence of benefits. It seems unlikely that a trans-Pacific flight has such large effects. So, then, why the divergence?

For decades, the health benefits of moderate drinking seemed pretty obvious. The Drug Foundation’s Mythbusters article on moderate drinking and heart disease traces the evidence back to the 1970s. But a very important empirical critique emerged in the late 1990s. If many non-drinkers are former drinkers who quit due to alcohol caused poor health, then the epidemiological J-curve tracing the risk of all-source mortality with average daily alcohol consumption (falling, then rising above baseline) could entirely be an artifact of the ‘sick quitter’ phenomenon. Fortunately, science is progressive: a raised objection of this sort sparks research. Looking specifically at heart disease, Rimm and Moats (2007) found strong cardiovascular benefits of moderate alcohol consumption within a sample of healthy men with healthy lifestyles and no sick-quitters: the relative risk of CHD among moderate drinkers was 0.38. They conclude that observed protective effects are causal. Oddly enough, the New Zealand Ministry of Health’s Food and Nutrition Guidelines for Healthy Older People cites Rimm and Moats as evidence against the health benefits of moderate drinking: even the most cursory glance at the abstract shows the opposite. And, as Holahan et al suggest the health benefits of moderate drinking are most evident in old age, even after correcting for sick quitters, it is odd that the Ministry of Health so strongly downplays that evidence.

But the benefits (or costs) of alcohol for any particular disorder should matter less than overall mortality risk and aggregate health outcomes. Di Catelnuovo, Costanzo et al separated studies where sick quitters were confounded with non-drinkers from those without such confounding; correcting for sick quitters reduced the relative risk of all-source mortality among moderate drinkers from just under 0.8 to about 0.86. Exclusion of sick quitters slightly attenuates alcohol’s protective effect but hardly eliminates it. If we choose to look at quality of life rather than just mortality risk, Sun et al find that moderate drinking in middle age correlates with a substantial increase in an index of measures of successful ageing; the study was restricted to women who were relatively healthy at the middle age baseline and who had not reported having a substantial reduction in alcohol consumption for the decade prior to baseline: again, sick quitters will not be driving the outcome. Further, correction for a host of health-related behaviours only slightly reduced the measured protective effect of moderate alcohol consumption. Unobserved health-related behaviours are unlikely to be a strong confound if correction for a reasonable set of observable health behaviours has very little effect on estimates.

Fillmore et al disagree. Their metastudy of 54 papers finds no protective effect of alcohol after correcting for inclusion of sick quitters and ‘occasional’ drinkers among non-drinkers. But they judged only seven of the 54 (for overall mortality) as sufficiently rigorous for inclusion – only two for CHD – and they do not provide a thorough list of which papers were judged high or low quality. Further, Fillmore et al deem it an error to include individuals who drink “never or less than once a month” among nondrinkers. Is this really an error sufficiently grave to exclude those studies’ results?

I am an economist rather than an epidemiologist, but I know how to read statistical papers and meta-studies. The important critiques that were raised more than a decade ago seem, to this economist, to be fairly thoroughly answered. Light to moderate alcohol consumption is slightly less beneficial than we would have believed had those concerns not been addressed. But the J-curve hardly seems debunked. A drink per day seems to keep the doctor away.

Eric Crampton
An economist at the University of Canterbury.
He has previously done funded work on social cost of alcohol.