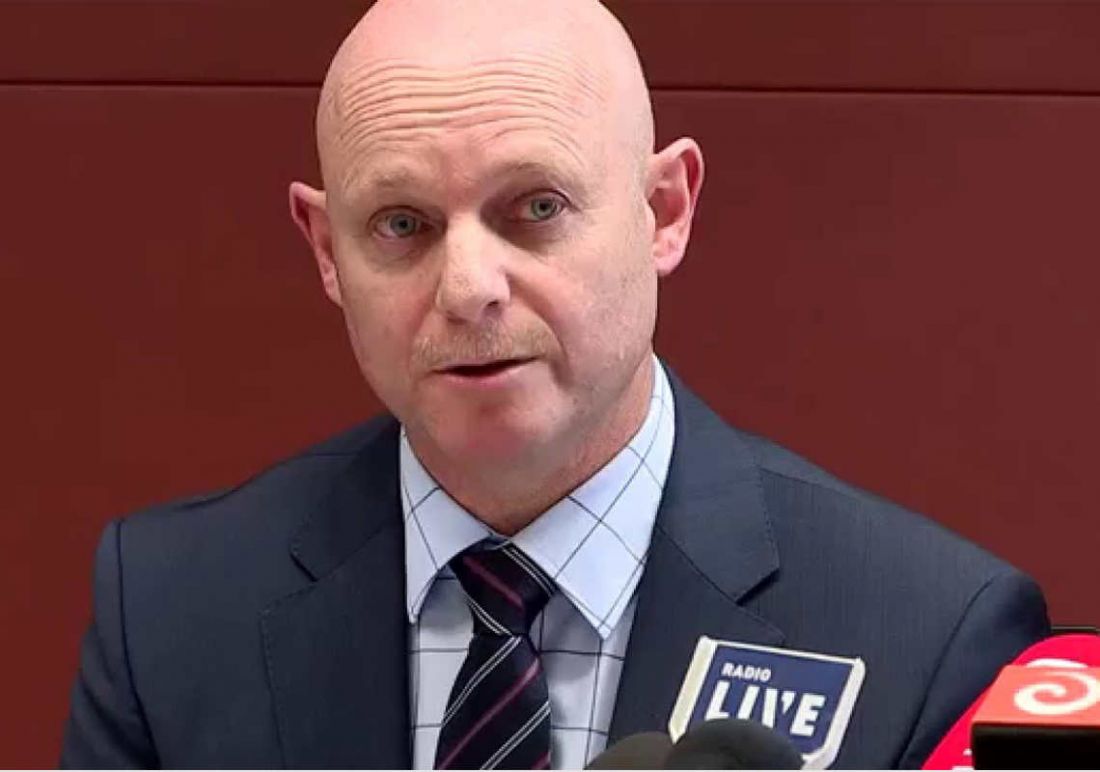 New Department of Corrections boss Ray Smith has set ambitious targets to reduce reoffending and use of drugs by prisoners. Are they achievable? Matters of Substance conducted an email interview with Mr Smith about smokefree prisons, community corrections, and prison drug testing.

Q Earlier in the year you touted a reduction in smoking due to prisons becoming smoke free, Matters of Substance has heard that a 30 gram pouch of tobacco costs an inmate about $300 indicating that tobacco is still getting into prisons and potentially creating debts and violence. Your comments?

A When the prisoner smoking ban came into place we knew that some prisoners would try and trade cigarettes or tobacco, and prisoners would put a higher dollar or trade value on these items.

We put a lot of effort into stopping contraband entering our prisons and if anyone is found to be undertaking this activity, they will face internal charges. There has been a significant and ongoing decline in smoking related contraband. There were 1,337 finds of tobacco and smoking equipment in the first six months of the ban, falling to 1,107 finds in the second six months.

Rather than causing debts and violence, our own observations have shown that smokefree prisons have provided prisoners with improved air quality and a reason to give up smoking. This has meant they have more money to spend on more productive past-times such as phoning their families and keeping in more regular contact.

Q Matters of Substance has heard that nicotine replacement therapy is no long available in certain prisons due to abuse; why, and what is being offered to inmates to help them beat their habit?

A This is not the case. Prisoners have the option to utilise NRT or quit ‘cold turkey’. Of all prisoners assessed for NRT between 1 July 2011 – 22 August 2012 approximately 73% chose to accept NRT.

Other tools to help staff and prisoners quit smoking include:

Q Are prison guards allowed to smoke on Corrections property?

A No, each prison has a designated smoking area for staff, outside the prison property.

When prisons became smokefree staff were encouraged to quit smoking and were given the same resources as prisoners. There has been no research but there is anecdotal evidence that the majority of smoking staff have quit since smokefree prisons were introduced.

Q Do you think, violence gone up since Corrections’ crackdown on drugs entering prisons?

A No. There is no evidence to suggest violence in prison has increased as a result of contraband detecting measures being increased.

The fact is prisons have dangerous people in them, but there has been a 72% reduction in fire-related incidents in the year before the ban and fewer instances of items being melted down into dangerous weapons.

Q You set an ambitious target to reduce reoffending, does alcohol and drug treatment play a role in this?

A Yes – by 2014 I want to see anyone who needs access to drug or alcohol treatment receiving it, and this is a key part of our planning.

We have a plan to provide a wider range of alcohol and drug interventions across the prison system and with those serving community-based sentences. The interventions include:

Q If you reach the reoffending target it will bring about savings for the Department of Corrections, how will you use these savings?

A The savings we make will help fund the future costs of the Department and be reinvested into ensuring all offenders get the help they need to stop committing crimes.

Our Expenditure Review has already brought about significant savings within the Department that we have been able to pass on. For example, we have provided $87 million to the Justice Sector Fund, which will ensure Corrections, together with NZ Police, the Ministry of Justice, Crown Law and other agencies can work together to focus even more on reducing re-offending.

Corrections will also be returning some of the savings to Government so this money can be used in other critical areas such as health and education.

Q How often are inmates drug tested, and what are the penalties for a positive test? Will a positive test exclude an inmate from accessing drug treatment while in prison?

A Prisoners can be tested on a random basis. The names of the prisoners are randomly selected from the prison population on a weekly basis by a computer programme that uses a pre-determined algorithm.

A number of penalties can be imposed when a prisoner receives a positive drug test. These are considered on a case by case basis and vary depending on the prisoner’s history of drug use.

A prisoner with an Identified Drug User (IDU) status can still access drug treatment while in prison. If someone tests positive for drugs while participating in a drug treatment programme their personal circumstances are considered before a decision is made on continuing their treatment.

Q What kind of investment can we expect to see in community corrections services during your time as Chief Executive of Corrections?

A We are significantly increasing the spend on community-based rehabilitation with a particularly strong focus on alcohol and drug rehabilitation. This includes:

I expect to see significant reductions in the number of people who re-offend as a result of these new interventions.

Q How are you resolving the obvious turf war between Ministry of Health and Department of Corrections when it comes to treatment?

A There is no turf war. The prison health service is a primary health provider. District Health Boards are responsible for all secondary and tertiary care delivery.

I’m keen to strengthening these partnerships further, making use of each other’s expertise and sharing resources to address offenders’ drug and alcohol problems.

Q What innovations, if any, will private prisons bring to drug and alcohol treatment for inmates?

A The contract requires SecureFuture, who will build and run the prison in Wiri, to ensure we identify prisoners with drug and alcohol problems on arrival. Their needs and their treatment plan will be recorded on their individual Prisoner Management Plan. A range of interventions will be provided from brief interventions through to intensive interventions utilising different modes of delivery, including group and one-to-one support.

The exact nature of the interventions will be determined prior to the prison becoming operational and SecureFuture will be in discussions with service providers to put in place suitable arrangements. In addition to providing support inside the wire, an offsite community centre will be available to prisoners post release offering access to a range of support services including alcohol and drug relapse prevention.

Q What is in the pipeline for prisoners with drug problems and short sentences?

A I expect that in a couple of years all prisoners, including Remand prisoners, will be screened for alcohol and drug problems. Depending on the results they can be guided towards the relevant follow-up intervention. The short-duration programmes are specifically aimed at the remand and short-serving prison population with the purpose of increasing awareness of alcohol and drug problems, enhancing motivation to change and encouraging engagement in further support (if required) either in prison or the community.

Q Are there any plans to introduce needle exchange or other harm reduction programmes to New Zealand’s prisons?

A We have to be realistic here and think of the health of all prisoners. Corrections is developing harm minimisation initiatives as part of a broader programme aimed at preventing the spread of communicable diseases among prisoners.