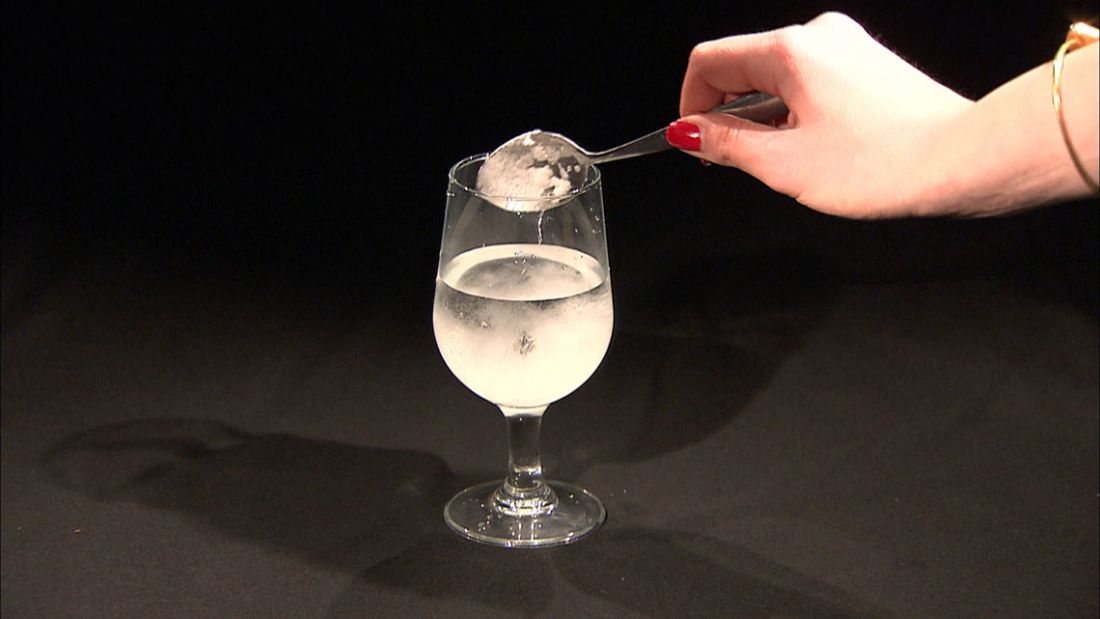 We may not have heard much about it before, but powdered alcohol (just add water) is nothing new. It was first produced as a food additive by Sato Food Industries in Japan in the late 60s. There have been several efforts to introduce its sale in the US as an instant beverage, and all have failed to date, though it can currently be purchased in both Germany and Holland.

Powdered alcohol is easy to make, and there are lots of how-to videos on the internet. Simply stir alcohol and maltodextrin in a large mixing bowl until you have a powder that can be reconstituted later and imbibed. Reports vary, but generally the mixing ratio is 1:1 – and the strength at which you reconstitute is entirely up to you.

In its unremixed form, the powder is white (the colour of maltodextrin), though marketed products will have food colouring and added flavours. The powder feels slightly moist due to the liquid content of the alcohol.

Online videos also abound of people testing homemade versions. The consensus is that it certainly works in terms of intoxication but is less pleasing on the palate. Wired’s Brent Rose said it tasted “bready” and was a bit like drinking adhesive and “chunks that refused to dissolve would get stuck in my teeth”.

Last year, Arizona company Lipsmark hit the news when its approval to sell Palcohol (sachets of powdered alcohol in a variety of flavours) was revoked. It seems the Alcohol and Tobacco Tax and Trade Bureau had missed that the company’s website said the product was great for smuggling into venues where you weren’t allowed to drink.

Lipsmark has since cleaned up its website and labelling, and four flavours of Palcohol were approved for sale in March 2015. Lipsmark intends to market Palcohol in America and internationally, but it is yet to hit the shelves anywhere – by the end of the year, the website promises. Lipsmark’s website says they’ve been working with scientists around the world, so presumably the taste and texture issues hampering the success of previous products have been overcome.

However, much of the potential market is already disappearing. Sales of powdered alcohol had already been banned in 25 US states by August, and more are likely to follow. It has also been banned in the Australian state of Victoria (in reaction to Palcohol and despite its unavailability).

Lipsmark founder Mark Phillips says he came up with the idea to make it easier for those wanting to drink alcohol after energetic activities like tramping. Those opposed to the product say it will worsen existing harms by making alcohol more available. People will use it to spike others’ drinks or snort it like cocaine. Kids will be able to smuggle it into Sunday school and even “sprinkle it on their Wheaties”.

Most of these arguments have little merit, mainly due to the product’s bulk. Snorting 28 grams (around the equivalent of one standard drink) would probably take quite some time (60 minutes according to Mark Phillips) and would cause considerable pain.

There are also faster and less risky ways of spiking someone’s drink than surreptitiously stirring untold quantities of powder into their rum and coke while they visit the restroom. People who want to spike drinks will probably stick to Rohypnol or the more common alcohol.

We’re also not so convinced by the portability argument. It’s certainly easier to smuggle, but then you still have the problem of reconstituting it at the other end. Kids could sneakily add it to the food they’re eating at camp, but again, they’d need a large and obvious amount each time. Sure, they’d try it, but we can’t see it catching on.

We also think Phillips’ assertion that Palcohol is designed for trampers doesn’t hold water (excuse the pun). You’ve still got to carry the water up the mountain with you before you can toast the sunset with a powdered mojito, and we’re told fitness freaks (people who like to tramp) don’t see mixing alcohol with their recreation as all that important anyway.

Clearly, with names like Lemon Drop and Cosmopolitan, products like Palcohol are actually aimed at the youthful alcopop market, and we have enough trouble there already. No doubt, the labels will be colourful and reflect the alcohol industry’s considerable skill at marketing to adolescents.

When and if powdered alcohol makes it to market in New Zealand, it would be covered under the Sale and Supply of Alcohol Act 2012 and subject to no more or fewer restrictions than are placed on liquid alcohol. To ban it, we would need to enact special legislation, as states in the US have done, and as we did to specifically ban novel psychoactive substances.

In the meantime, if you are an enthusiastic drinker and tramper and you somehow get your hands on the stuff, be careful around the fire. Apparently,  it can be quite flammable.