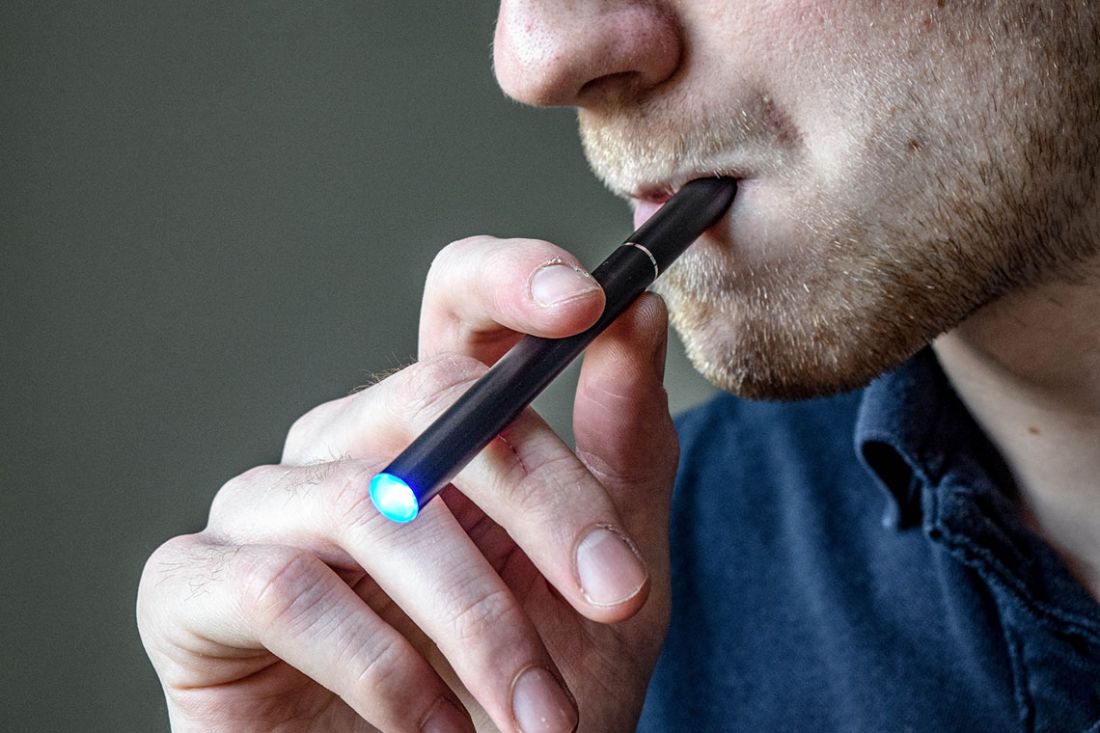 Short of a pill that will magically take addiction away, are e-cigarettes the best smoking cessation device since the humble patch? Or are they just another dangerous addiction, a gateway device for children or, worse, a sneaky attempt by Big Tobacco to renormalise smoking?

NB This article was published in November 2015 and does not the reflect current science. For current information see the Ministry of Health vaping website.

In the May 2012 Viewpoints, Matters of Substance compared the arguments and decided the jury was still probably out on e-cigarettes. A recent report by Public Health England, however, has become the first authoritative declaration that e-cigarettes are safer than cigarettes and by a significant margin.

In this edition, we take a look at the English report and at one of its detractors. Is the jury still out, and should we bother waiting?

The report’s conclusions were almost startling. It said the evidence suggests using e-cigarettes is 95 percent safer than smoking and that e-cigarettes have the potential to make a significant contribution to the endgame for tobacco. Its policy recommendations included making e-cigarettes much more prominent in smoking cessation initiatives and streamlining convoluted processes for them to be licensed as quit-smoking aids.

Among the report’s findings was that e-cigarette use by people who had never smoked was extremely low, at around 0.2 percent. Regular use (at least once weekly) by young people is also very rare at just 2 percent, and while there is some youthful experimentation, only 0.3 percent of young people who used e-cigarettes had never smoked tobacco before. It said the most important reason people use e-cigarettes is to reduce smoking- related harms and that, while curiosity plays a role in why some people experiment with them, most of these experiments did not lead to regular use.

It concluded from this that e-cigarettes are “not undermining, and may even be contributing to, the long-term decline in cigarette smoking”.

The report made much of a September 2014 Cochrane Review, Electronic cigarettes for smoking cessation and reduction, featuring New Zealanders Hayden McRobbie and Chris Bullen amongst its authors. The review’s meta-analysis of 600 records found that e-cigarettes can “help smokers unable to stop smoking ... to reduce their cigarette consumption when compared with placebo e-cigarettes and nicotine patches”.

The PHE report also found e-cigarettes do not replicate the problems of second- hand smoke. They release “negligible levels of nicotine into ambient air with no identified health risks to bystanders”. No concerns were found around the labelling of nicotine cartridges or ‘e-liquids’, and when they were poorly labelled, they mostly contained less nicotine than declared. While acknowledging nicotine is a poison, the report found no evidence of nicotine poisoning to users. The risks of poisoning to others (such as children) or of evices causing fires were found to be on a par with other household electrical goods or substances.

...no firm conclusions can be drawn about the safety of e-cigarettes but ... they can hardly be considered harmless.

The report’s authors discount recent news headlines reporting high levels of formaldehyde found in e-cigarettes as misinterpretations of research findings. They found no indication electronic cigarette users are exposed to dangerous levels of aldehydes and said this could only happen when e-liquid was heated to “levels unpalatable to users”. Instead, they assert that most of the chemicals causing smoking-related diseases are absent in e-cigarettes and that those that are present pose limited danger.

PHE’s findings have been supported by a number of high-profile medical experts, including UK’s Chief Medical Officer Dame Sally Davies. A September 2015 British Journal of General Practice editorial concluded that, for every million smokers who switched from tobacco to e-cigarettes, more than 6,000 premature deaths would be prevented in the UK every year. If all 9 million smokers took up e-cigarettes instead, 54,000 lives could be saved.

The PHE research will probably be music to the ears of the millions of smokers around the world who have turned to e-cigarettes but who may still have niggling doubts that their new drug delivery device is really all that better for their health.

But in one of the greatest parade-raining articles so far this century, Martin McKee and Simon Capewell, writing in the British Medical Journal, are scornful of the research and suggest its foundation is built on sand.

First, they say a recent cohort study shows most smokers who switch to e-cigarettes (80 percent) are still also smoking cigarettes at 12 months (dual use) and that reduced smoking may not reduce overall risk of death.

Next, they attack the Cochrane report, on which the PHE report relies heavily, by pointing out that it included only two randomised controlled trials and that, by its own admission, its evidence had limitations and was of “low or very low” quality.

The claim that e-cigarettes are 95 percent safer gets a particular hiding. McKee and Capewell cite a recent systematic review in Preventative Medicine that found serious methodological problems in many of the studies it reviewed and so many conflicts of interest “that no firm conclusions can be drawn about the safety of e-cigarettes” but that “they can hardly be considered harmless”. They also point out the 95 percent figure does not come from a review of the evidence but from a single meeting of 12 people convened to synthesise their opinions on the harms associated with different products containing nicotine. They point out two of those present had received tobacco industry funding in the past and that some other attendees were known e-cigarette champions

McKee and Capewell also dispute the report’s finding that e-cigarettes are not helping to renormalise smoking. They say a July 2015 survey by the Health and Social Care Information Centre showed more than 20 percent of 11–15-year-olds had used e-cigarettes, and 73 percent of these were non-smokers. An American study, published after the PHE report, they say, concluded that “those who had ever used e-cigarettes at baseline compared with non-users were more likely to report initiation of combustible tobacco use over the next year”.

The McKee and Capewell rebuttal, which points out a number of further perceived problems and inconsistencies, does not claim to prove e-cigarettes are as harmful as smoking tobacco. Rather, its contention is that the PHE report isn’t sufficiently evidence based to underpin changes in public health policy. And therein lies the rub.

The precautionary principle: for

Many of those opposing e-cigarettes rely pretty heavily on the precautionary principle. It’s a bit like insisting that policy must be evidence based but goes a small step further.

The precautionary principle states that, if an action or policy has a suspected risk of causing harm and there is no scientific consensus that the action or policy is not harmful, the burden of proof that it is not harmful falls on those taking an action. In other words, it doesn’t matter that common sense suggests breathing in vapour containing a handful of chemicals is better than breathing in smoke containing hundreds. Until there is enough evidence to provide scientific consensus that e-cigarettes are safe, we cannot endorse them. This is the view taken by the World Health Organization and by our own Ministry of Health, which currently refuses to recommend any use of e-cigarettes.

That sort of scientific consensus is probably a long way off. There is little available research on the long-term effects of e-cigarettes because they just haven’t been around long enough.

The precautionary principle: against

“Disease and illness are well established areas, and we have well established practices determining risks to health so we don’t need to rely so heavily on such a ‘guilty until proven innocent’ approach,” she says.

In a randomised controlled trial, where the particular new drug being investigated is clearly working and alleviating harm for the intervention group receiving it, a point is reached where it becomes unethical to continue withholding that drug from the control group. Glover thinks the situation is very similar with e-cigarettes.

“E-cigarettes are clearly working in terms of helping people stop smoking – far more than anything we’ve seen so far. We may not have had many randomised controlled trials yet, but the evidence is definitely mounting, so why make it difficult for people who want to use them?”

She also points out there’s an “uncanny exchange” between falls in smoking rates and rising e-cigarette use in the US and the UK that strongly suggests e-cigarettes help people quit.

“And then there’s the anecdotal stories from millions of people who say their health has improved or that e-cigarettes have saved their lives. The precautionary principle is being used by people who fear another industry-driven epidemic. But an epidemic of what? What’s the disease?”

Is the jury still out in terms of the safety of e-cigarettes? Not at all, Glover says.

“But the jury is absolutely in on how dangerous smoking is, and there’s ample evidence of its harm. With e-cigarettes, there is no evidence of acute or longitudinal harm whatsoever, even though researchers are looking for it.”

You can buy e-cigarette devices in New Zealand, but nicotine must be ordered in from overseas because it is not licensed here for non-medicinal sale. The case is similar in most jurisdictions, and it’s a major impediment, especially if you’re not well off.

Nevertheless, e-cigarette use is growing just about everywhere, suggesting a lot of smokers aren’t bothering to wait for the jury. The day is probably coming when stances soften and e-cigarettes become more officially sanctioned – perhaps not because there’s been a rush of irrefutable evidence but because our government and Ministry of Health suddenly find themselves woefully behind the times. There’s little doubt e-cigarettes are here to stay.