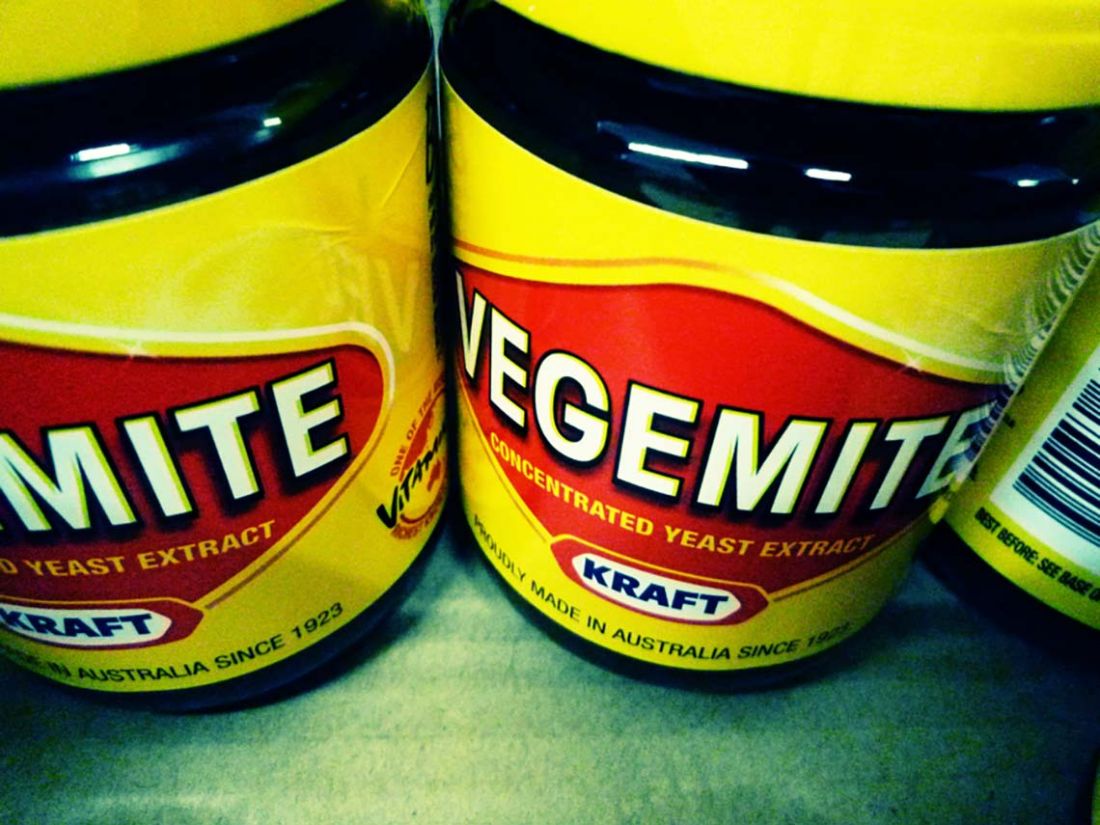 A true blue Aussie toast spread is being used to make homebrew alcohol in remote Aboriginal communities? Turns out the Vegemite story that made headlines across the Tasman and around the world wasn’t quite what it seemed.

It started in August when Australia’s Indigenous Affairs Minister Nigel Scullion described the popular yeast extract spread Vegemite as a scourge, or as he put it,

a “precursor to misery”, because of its illegal use by home brewers in some of Queensland’s alcohol-free indigenous communities. He called on businesses in these areas to report cases where customers were buying suspiciously large quantities of the iconic brand, saying its use in homemade alcohol (sometimes distilled in bathtubs in backyards) was linked to domestic violence, underage drinking and truancy.

The Minister’s comments were first reported in Brisbane’s Courier Mail, then almost overnight stories appeared in the UK press. As hype intensified, Tony Abbott, who was still Prime Minister, was approached for comment.

“Vegemite, quite properly, is for most people a reasonably nutritious spread on your morning toast or on your sandwiches,” he explained primly.

Meanwhile, a Queensland Police representative sagely described the story as “a bit of a beat up”. He seemed to be right. Many representatives of indigenous communities said they hadn’t heard of Vegemite being used to make illicit booze, and if it was happening, it wasn’t commonplace. Alcohol restrictions have been imposed by the state government in 19 communities across Queensland with the aim of improving residents’ health. Concerns have been raised about these alcohol management plans driving problem drinking underground, but hard evidence of Vegemite abuse in dry communities has been patchy at best.

The gloves soon then came off. Opposition spokesman Shayne Neumann accused Mr Scullion of side-tracking a federal inquiry into alcohol abuse with his claims and peddling negative stereotypes of Aboriginal people. Defending his statements, Mr Scullion said he and other senators were told by Police and staff at a local health centre when they visited Mornington Island in Queensland that alcohol was being produced in the area using fruit juice, sugar and Vegemite. Parliament was told regardless of how Vegemite home brewing remained a serious problem.

Vegemite manufacturer Mondelez International emphatically ruled out the idea of its product being used to make booze.

“The autolysis process and subsequent yeast processing in the manufacture of Vegemite kills the yeast,” Mondelez spokesperson Sandra Dal Maso said in a statement. “As sugar and active yeast are two elements required in the brewing process, Vegemite cannot be fermented into alcohol.”

Australian science journalist Signe Cane chastised media outlets for lazy reporting on the issue in her blog, saying, “Why no media outlet has bothered to check whether Vegemite alcohol is physically possible, I don’t know.”

But University of Queensland molecular bioscience experts Dr Ben Schulz and Dr Maggie Hardy said, despite its lack of yeast, like many foodstuffs, Vegemite could play a subsidiary role in fermenting alcohol.

“Even though there is no active yeast in Vegemite, it can still be used as a substrate for other micro-organisms that could ferment the sugars and, ultimately, produce alcohol,” they wrote on academic website The Conversation.

“That’s true of any sugar-containing food, including fruit and fruit juices.”

Matthew Cooke, Queensland Aboriginal and Islander Health Council Chief Executive, labelled the whole story a distraction from the very real challenges to indigenous communities caused by alcohol, cannabis and the rapid growth of crystal methamphetamine (ice) use. In an opinion piece published in The Koori Mail, he said the real tragedy was not the availability of a yeast spread but the lack of investment in targeted drug and alcohol programmes focused on education and harm minimisation. He emphasised the importance of good quality research and robust data on which to base policies and said local communities should be supported to develop effective local solutions.

The story is a lesson in how quickly a largely baseless story can gain momentum nationally and internationally, particularly when it runs under a catchy headline linking a familiar brand name with alcohol abuse. In reality, Vegemite probably has an insignificant role in a much bigger and more complex situation in remote Aboriginal communities. Poverty, disempowerment, health problems and addiction have been simplified into one sensationalised, brand-focused sound bite.

As Matthew Cooke pointed out, well informed policies and investment in sound local solutions targeting drug and alcohol abuse would be more practical and worthwhile, but unfortunately, they are far less likely to gain the kind of global publicity received by Vegemite-gate.