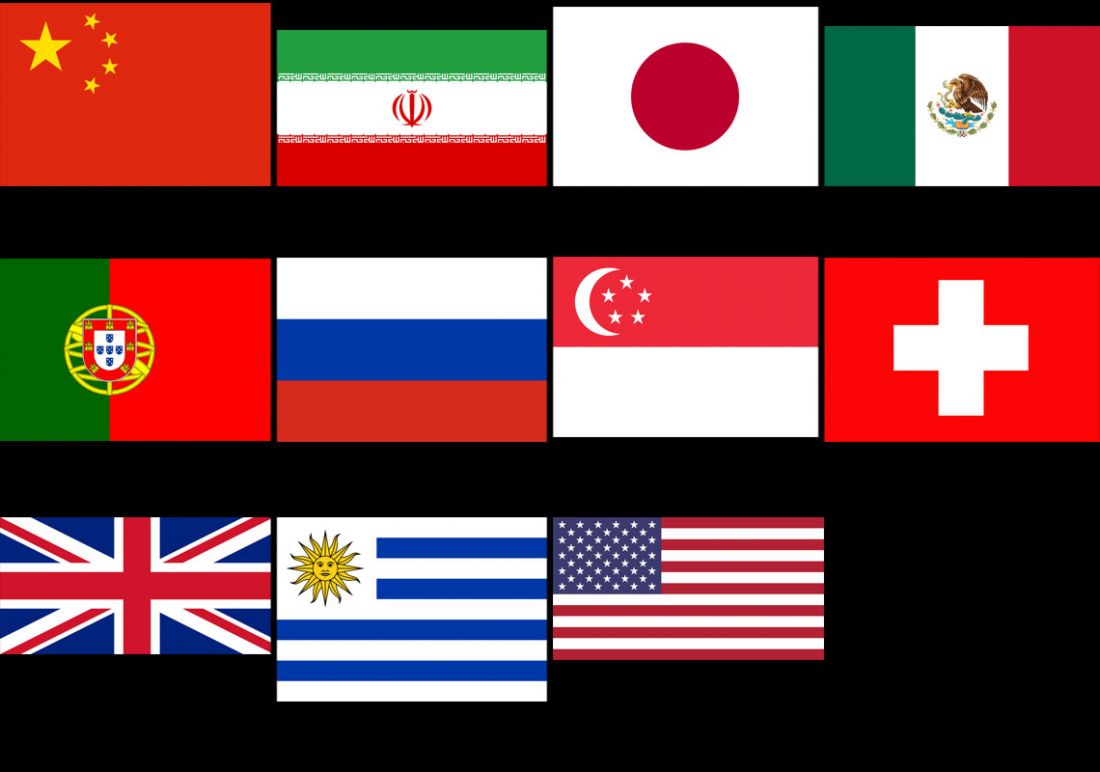 Preparations are well under way for next April’s UN General Assembly Special Session on the World Drug Problem, the outcome of which will be a “short, substantive, concise and action-oriented outcome document comprising a set of operational recommendations”.

The discussion is currently focused on what the outcome document should say. Various nations, regional bodies and members of civil society have submitted their proposals for what they would like to see in the “zero draft”.

Here, you can read excerpts from some of the submissions for the outcomes document. It is clear that drug policy is still highly controversial, and achieving consensus at UNGASS will be a difficult task.

Responses based on a survey filled in by civil society organisations between April and July 2015. The preliminary report summarises data (where available) only from the English, Chinese, Vietnamese, Portuguese, Italian, Persian, Turkish and some Spanish surveys, as translations from Arabic, French, Russian and some Spanish were not yet available.

Harm reduction services should be widely available and freely accessible to all people who use drugs.

It is crucial that substance dependence treatment is grounded in evidence and is culturally appropriate. Such treatment should be accessible, affordable or free for those who seek it. Governments and UN agencies should continue efforts to ensure that the right of all people to health care is recognised and that all efforts are directed at ensuring that discrimination against people who use drugs does not prevent the fulfilment of this fundamental human right.

Members of civil society have expressed concern for the disparities in arrest and sentencing for drug charges, as well as the proportionality of punishment for drug offences.

Civil society organisations around the world feel that the death penalty is an extreme punishment that is disproportionate to the harms of drug possession or drug trafficking and is a violation of the right to life.

Reaffirm that drug use should be treated as a public health issue, not one related to criminal justice. Drug use should be treated as an issue of access to information, harm reduction and public health, meaning using drugs should not make people subject to punishments such as criminal sanctions, Police extortion, arbitrary arrests, harassment and imprisonment or other forms of repression.

Ensure that policies and health programmes on drugs are not limited to prevention and treatment and ensure public policies prioritise harm reduction perspective in all health programmes. Recognise harm reduction strategies as a set of evidence-based and respectful of human rights interventions and rely on the examples of good practices set by other countries such as Portugal.

The preamble of the outcome document should firmly oppose legalisation of drugs in any form.

Calls upon member states to promote the prevention of drug use through educational programmes targeted and involving children and youth.

Encourage the consideration of alternatives to incarceration and other criminal justice reform for minor non-violent drug-related offences with a view to deterring crime, achieving the rehabilitation and reintegration into society of drug users, advancing the wellbeing of individuals and communities and reducing overcrowding in prisons.

The outcome document of the special session should be based on regional perspectives on and approaches to addressing the world drug problem with respect for the cultural, religious and regional sensitivities of each region.

Acknowledges with deep concern the links that in some cases exist between illicit financial flows linked to drug trafficking and the financing of terrorism.

The request for States to consider appropriate alternatives to incarceration and coercive sanctions for drug-related offences of a minor, non-violent nature.

The main goal as we see it is to considerably reduce the production and consumption of illicit opiates, cocaine, cannabis, as well as synthetic drugs and NPS with a view of a longstanding perspective of a society free of drugs.

Reaffirm our commitment to promote and build a drug-free society. A drug-free society strongly rejects the scourge of drugs and does not condone its abuse in the community. Failure to deal effectively with the drug problem undermines society, in terms of stability and development, and also presents a threat to national security and the rule of law. Drug abuse affects not just the abuser but also his family and the community.

Call upon Member States to consider alternatives to criminalisation and incarceration of people who use drugs and to focus criminal justice efforts on drug traffickers, particularly on the most disruptive and violent.

Measures such as opioid substitution treatment, clean needle exchange, distributing foil to injecting drug users (which facilities the smoking of drugs to reduce injecting), and distributing naloxone to counter opioid overdoses protect individuals from many risks associated with drug use. These tools should be used as part of structured efforts to get individuals into treatment and towards recovery.

Declare that people who use drugs should receive support, treatment and protection, rather than be punished. Recognise substance use disorders as a medical condition that can be prevented, treated and from which one can recover.

Encourage the consideration of alternatives to incarceration and other criminal justice reform for drug-related offences with a view to deterring crime, achieving the rehabilitation and reintegration into society of drug users, advancing the wellbeing of individuals and communities and reducing overcrowding in prisons.

Uruguay declares that, in reference to cannabis and based on the available evidence, the most appropriate measure to protect public health and prevent cannabis in its various presentations from being smuggled is the regulation and control of the market.