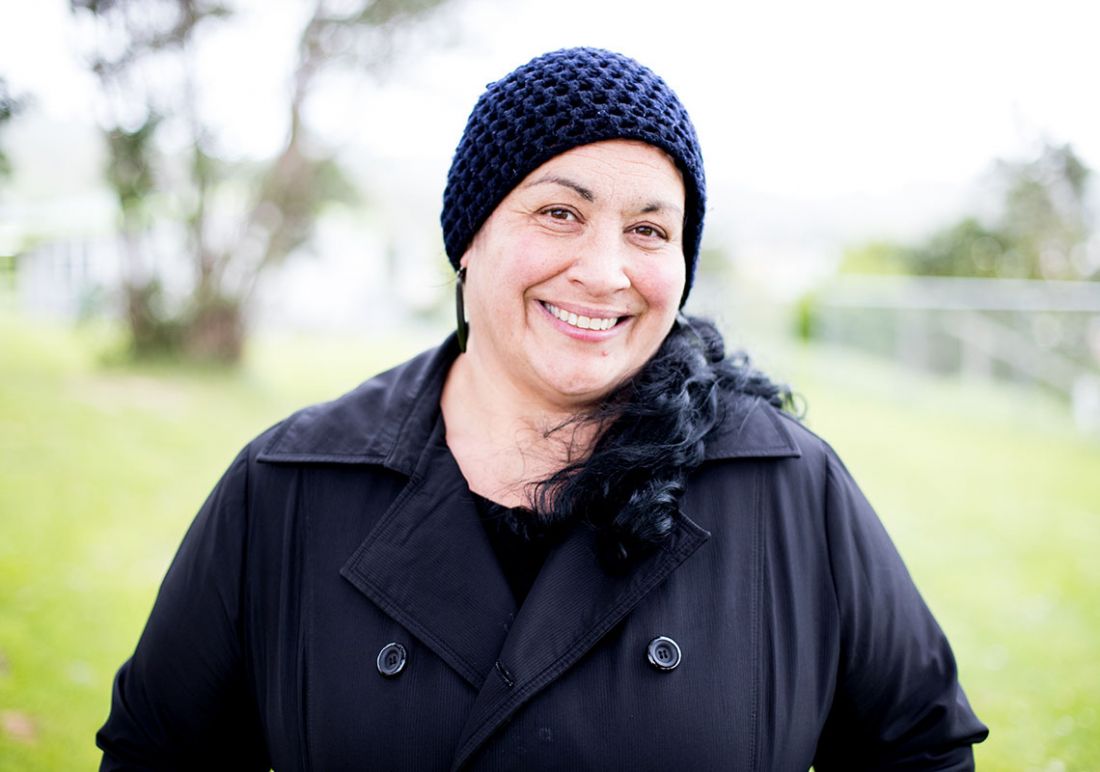 Trained social worker Lizzie McMillan-Makalio is manager of the site known as Wesley Community Action-Waitangirua, where six community services are run. Venturing into new territory and speaking up for her local community are all become part of the job.

Q What has been your journey into community work?

I first began working with Wesley Community Action’s residential youth home about 18 years ago where I spent 10 years In 2009 an opportunity for me to work in my hometown came up, a place to start a whole new service based on our community needs. It’s a great thing to be able to work in your own community, you know the gaps, the issues, the needs & the people trust you. People have been really engaged, and we’ll always invite the locals to shape, design and run the events, which have been pretty successful. Meth has been here in our community since the late 1990’s and more families are affected by it now than anything else. There is a huge gap in access to detoxing from meth or getting into rehab, and there’s a lot of frustration around the lack of services and support for those who use or are impacted by meth.

Q Have you found change can happen in communities where drugs and alcohol are a problem?

Absolutely. Our current centre in the Waitangirua Mall is a great example. It was a real dump, and we needed help to get it up to scratch. The amount of people who contributed brought a lovely feeling back to the mall. There had been a lot of drinking there, which meant there was a lot of broken glass, rubbish, used condoms and urine around. Children shouldn’t be walking through that to get to school every morning. But people could see the potential for something positive. The graffiti was removed, and murals were painted that people stop now to look at. At the same time, a Tranzformus gym, owned by well known locals, started up next door, and all summer training occurs outside. It was very visible. All this had an impact and encouraged people to engage and come together. Since then, we’ve held a lot of community events, family days and broom days to clean up, and maintain these certain areas.

Q Why do you think people become dependent on alcohol and drugs in the first place?

There is no easy answer to that, and not everyone’s story is the same. Many different cultures make up our community. Some people can’t find employment and may feel they have no skills or potential and lack self-worth. A lot of things contribute towards someone using drugs or becoming dependent, like the cost of food, clothing, housing and education. Drugs and alcohol can be a way for them to forget the reality of their daily struggles. Some are born into it, and it’s the only lifestyle they’ve known. And then there are those who are unmotivated or unwilling and lack the support to move out of this. Any kind of hangover can be demotivating, so when you drink or take drugs daily, you get your highs but you always go back to the lows. Some locals have said, “It’s just easier to buy a box of piss than it is to worry about the bills,’’ and that’s their reality.

Alcohol used to be the main problem, then pot, but now it’s meth that’s taking a real toll on the community. People are suffering more than ever from that habit, and families on it don’t realise the longterm effects. So many kiddies are going without because their parents are putting their addictions first.

Q What are you doing at the moment around meth?

We are not AOD workers or counsellors, and though not being able to help people is frustrating, doing nothing just isn’t an option any more. I had a woman in her 30s who’d been taking meth for five days, and I wasn’t sure what to do. I called the hospital, people who work with meth users, various 0800 numbers, but all I got was advice. There were so many barriers to getting real assistance, and I realised I was on my own with her. Narrow rehab admission criteria and waitlist numbers mean so many people who use P are left to detox without professional assistance. So we created ‘Walk-in Mondays’ where people can just come in and talk to someone face to face and get information about managing withdrawal and detoxing at home. We’ve created a booklet that has been endorsed by a wide cross-section, including people who use or have used, and a doctor who works across the rehab centres nationally. For parents coming in the door, it’s having someone to listen, understand and acknowledge the feeling of helplessness. That alone brings some kind of peace.

It’s been amazing to see people from all walks of life supporting one another, like someone from the gang community giving advice to someone from an upper class community on how to support their child through detox. We have a Facebook page called New Zealand ‘P’ Pull with more than 1,000 members across the country helping each other.