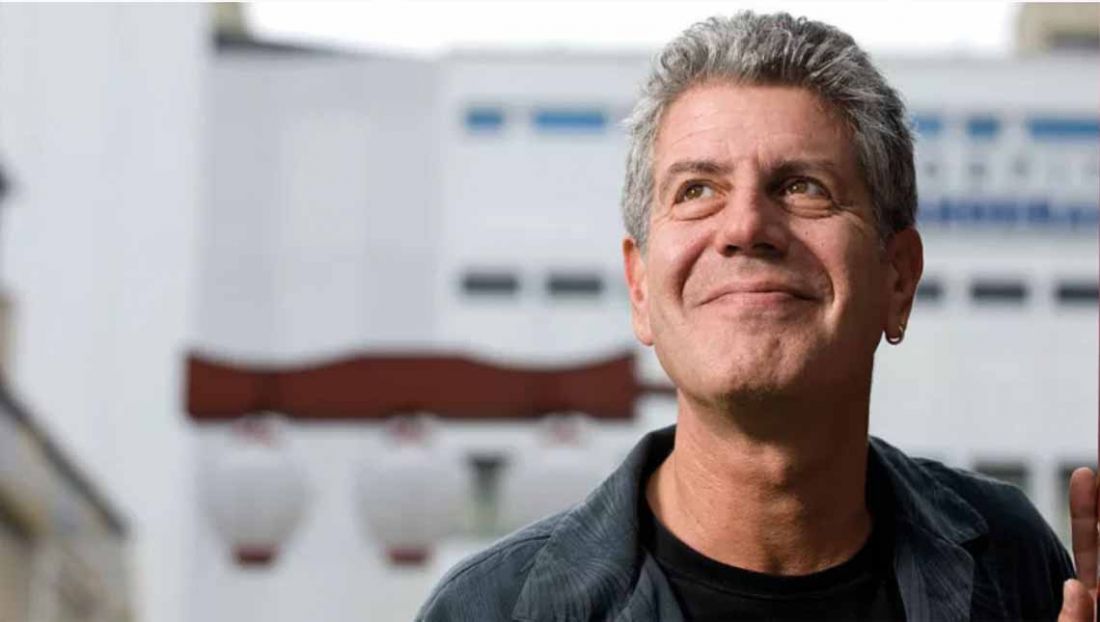 If you struggle with one substance, you’d struggle with any substance – and for the rest of your life, right? In this first of what will be a regular column, Chloe King uses her own addiction and recovery experience to issue a forthright challenge to some of the common ‘armchair diagnosing’ beliefs and terminology we may have inherited from AA.

Author and harm reduction advocate Jenny Valentish wrote a salient article on the death of celebrity chef Anthony Bourdain for Australia’s ABC – Anthony Bourdain’s toxicology report showed little alcohol, but rumours persist. In it, she responds to media speculation (based on absolutely no proof) that his death must be connected to his decision to continue drinking after kicking a heroin habit in the 1980s.

Valentish writes, “Anthony Bourdain, who died on June 8, said he hadn’t used heroin for decades and was always frank about his decision to still drink.

“Yet several publications have diagnosed him as an ‘alcoholic’, a label he never used, and speculated a connection between his drinking and suicide.”

Never underestimate the righteous judgement calls the media and everyday people will make against anyone who dares try a different model of recovery than committing to AA (Alcoholics Anonymous) and The Big Book.

One of the most poorly framed but widely syndicated op-eds in response to his death was written by Jo Ann Towle and asked, “Can we talk about alcoholism and Anthony Bourdain?”

Seriously, can we not?

Towle writes in cringe-worthy and totalising language: “When you’re an addict, it’s highly risky to keep one drug on board.”

He had respect and fear of the “hard drugs”, but according to her, his respect ended with the sauce.

Firstly, there is mounting evidence that cross-addiction is bullshit.

As the lead therapist at Alltyr Clinic in Minnesota Ian McLoone said, cross-addiction is a myth.

“What we know from the evidence is that this simply doesn’t hold up under scientific scrutiny,” he told the Tonic website.

And secondly, Towle is labouring under the fallacious belief that once an addict, always an addict. This is also a widely held, shared and entrenched myth within AOD (alcohol and other drugs) communities, both here in Aotearoa and in countries like America.

I’ve been very open about my own addiction issues with alcohol, and I can’t tell you how many times people have carelessly tossed this line at me as if they have a clue or have done any solid research into addiction and recovery. It wasn’t just Towle who took to the internet to unmercifully and cruelly condemn Bourdain’s drinking. The well known American essayist and poet Mary Karr criticised Bourdain’s drinking in a series of tweets that attributed his suicide to his continued consumption of alcohol: “... [his suicide] was avoidable if people didn’t give him a pass for being a drunk just because he was ‘healed’ from using heroin.”

His toxicology report showed there were only trace amounts of alcohol in his system when he died. Alcohol and drugs can, and do, compound mental health issues, but they aren’t the cause. They are the correlation that is often connected with trauma such as sexual assault or gendered abuse and violence. Reducing someone’s suicide to their past or present addiction issues, I believe, dangerously oversimplifies the deep and very complex reasons people become suicidal in the first place.

When I first reached out for support, more often than not, I was told that I must surrender to the unregulated AA model of abstinence, commit to the 12-step programme and follow each step with military precision or I could look forward to an early death or – at the very least – no real hope of ever getting sober. When I admitted myself into respite for social detox last year, I had a very positive experience, but there was also some problematic thinking floating around that I couldn’t ignore. One clinician told me that, in her experience, if an addict “doesn’t find God and stick to the AA model” then “relapse is inevitable”.

I walked away from this conversation quietly muttering to myself, “But what about the science?” This same clinician echoed Karr’s tweets saying that addiction is progressive and nearly always fatal. (I want to add that this clinician also gave great advice and support. However, we all hold our own biased and sometimes unhelpful views.)

The thing is neither this clinician’s, Towle’s nor Karr’s assertions are based on any hard evidence, just their theories. The Recovery Research Institute at Massachusetts General Hospital undertook a  massive study into addiction and recovery in 2016. It sampled more than 25,000 people who identified as having a moderate to serious substance abuse issue, and half of those who responded said they recovered from addiction without formal treatment or external support. Only 46 percent of those who had overcome serious addictions to alcohol and/or drugs identified as being in recovery. That means 54 percent rejected the idea that addiction is a lifelong disease.

The conclusion drawn from this survey was that “tens of millions of Americans have successfully resolved an AOD problem using a variety of traditional and non-traditional means”.

If some people want to flagellate themselves for having addiction issues and find solace in viewing addiction as an essential part of their identity, that is their cross to bear and path to walk. But that isn’t the path I want or should be forced to walk down. I choose to pull away from models that keep me in a state of sickness and place me in purgatory if I relapse.

I choose holistic models that include harm reduction – models that are regulated, unlike AA.

In her article, Valentish points out that the disease model might be more harmful than helpful for some of us.

“While this disease model might be a comforting confirmation to people who identify with it – and who are sober – for those who are not sober, it suggests they have failed. In the case of these headlines, it also suggests death is inevitable,” she wrote.

Moreover, the NAAA (National Institute on Alcohol Abuse and Alcoholism) has released new evidence that challenges the myth that abstinence is the only recovery model that truly works.

This evidence flies in the face of Towle’s, Karr’s and the clinician’s theories.

People want feel-good recovery stories. They want stories where the person who has battled addiction gets clean and sober from every legal or illicit substance, finds God, never relapses, only drinks herbal tea and purified water, practises mindfulness and does hot yoga every morning. Namaste day. Amen. Case closed.

People generally want me to say that, since going into detox and getting support, I am clean and sober and that I never touch a drink or a drug. Sorry to disappoint but I’ve decided to undertake a form of harm reduction that puts boundaries in and around my drinking. I hope to move towards abstinence from alcohol in the coming months, but I will not abstain from all substances. Much like Bourdain, my battle has been with one substance and one substance only.