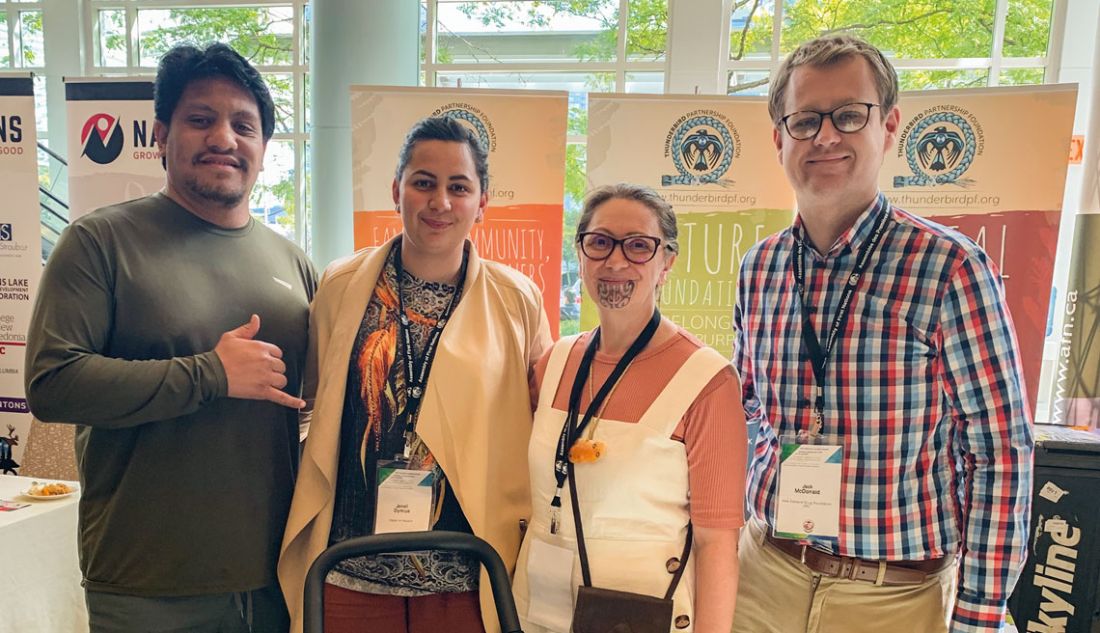 Indigenous Canadians have been dissatisfied with the way cannabis legalisation has failed to work for them. In September, I had the honour of travelling to Vancouver for the Assembly of First Nations (AFN) National Cannabis Summit. Canada legalised and regulated cannabis in December 2018, the second country in the world to do so.

As we approach the cannabis referendum in Aotearoa, it’s incredibly important for us as tangata whenua to learn the lessons about how First Nations have engaged with legalisation.

It was great to attend the summit with Tracey Potiki from Te Rau Ora and Janell Dymus-Kurei from Hāpai Te Hauora. We’ve been working closely on supporting Māori responses to the proposed regulatory framework and on building a kaupapa Māori campaign for the referendum.

We had heard reports that the Canadian Government’s engagement with indigenous communities on the design of the legal regulations had been poor and not nearly proactive enough. We wanted to ensure that we apply the lessons from Canada’s experience to our own here in Aotearoa and to ensure that regulation is a step towards achieving better outcomes for Māori.

He felt the government did little to try to involve the AFN or make specific provision for indigenous communities. However, there were also challenges to the AFN leadership from a few chiefs who were disappointed that they hadn’t been more proactive during the design of the regulations to get a better outcome.

Regardless of exactly why it happened, the result is that there are no specific mechanisms in the Cannabis Act 2018 for indigenous involvement in the legal market, except for the possibility of further negotiation with provincial governments. The priority now is to try to reform the Act so that it recognises First Nations jurisdiction.

Indigenous communities have responded to the lack of clear pathways in various ways.

Some First Nations are trying to engage with the legal process but, as they are competing against large corporates, have had limited success.

There have been some positive developments in British Columbia, where a First Nations cannabis working group has been negotiating with the provincial government to get preferential access to the legal market.

There are many differences between First Nations experience and our own. However, there are also key similarities. Canada’s constitution recognises existing “aboriginal and treaty rights” of indigenous communities, while we can leverage Tiriti o Waitangi obligations.

The debate is about us. Therefore, we must be front and centre.

In Aotearoa, that means regulations being designed with and by Māori under a Tiriti o Waitangi framework and work to promote the mana motuhake of whānau, hapū and iwi.

We have an opportunity to get it right now rather than the more difficult job of seeking to change the legislation after the fact. Our government’s proposed framework acknowledges that Māori are disproportionately harmed by prohibition and emphasises the need to protect Māori rights and interests should cannabis become legal. So far though, the Crown has not provided detail on how it intends to meet these obligations.

The most important thing that needs to happen is for whānau, hapū and iwi to be meaningfully engaged at each point in the development of the draft Bill and regulations through negotiation and in a process of co-design.

The Māori leaders with expertise and experience on drug issues need to be mandated to do that through a kaupapa Māori agency with broad mandate to lead on behalf of Māori. This agency needs to be set up immediately and then made permanent if cannabis is legalised at the referendum. This could give Māori a legitimate and powerful mechanism for being involved in licensing and other ongoing regulatory decisions.

The other thing to come through very clearly in our engagement with both Māori and First Nations leaders was that the regulatory model should be designed to right the wrongs of the past and to empower the people who have suffered disproportionate harms under prohibition. This could include an apology and acknowledgement of wrongs, but even more importantly, concrete pathways for redress, such as wiping previous cannabis-related convictions.

Illicit cannabis production is a significant part of the economy for many Māori communities, particularly in Northland and East Coast.

There is a very real risk that, unless the model is designed in a way that supports shifting illicit operations into legal operations, there could be economic harm to these communities. This risk can be mitigated by choosing a production and distribution model that would favour communities who want to participate in the market.

It’s also imperative for Māori, who are more than twice as likely to suffer harm from cannabis use, that the model is not hijacked by profit motives. This means keeping at least part of the supply chain non-profit. Regulations should be completely watertight at putting kaupapa Māori interests above industry interests, while equitable funding for drug-related treatment, education and harm reduction should be earmarked for kaupapa Māori services.

Legalisation is a no-brainer for Māori. Ending criminal convictions for cannabis offences alone is reason enough to vote yes in the referendum. But the experience of First Nations in Canada shows us that, if we are going to significantly improve outcomes for Māori through regulating cannabis, our people need to engage now. The government needs to listen and implement what they hear.

We have a once in a generation opportunity to reduce the shocking level of drug harm in Māori communities once and for all. Let’s get it right.