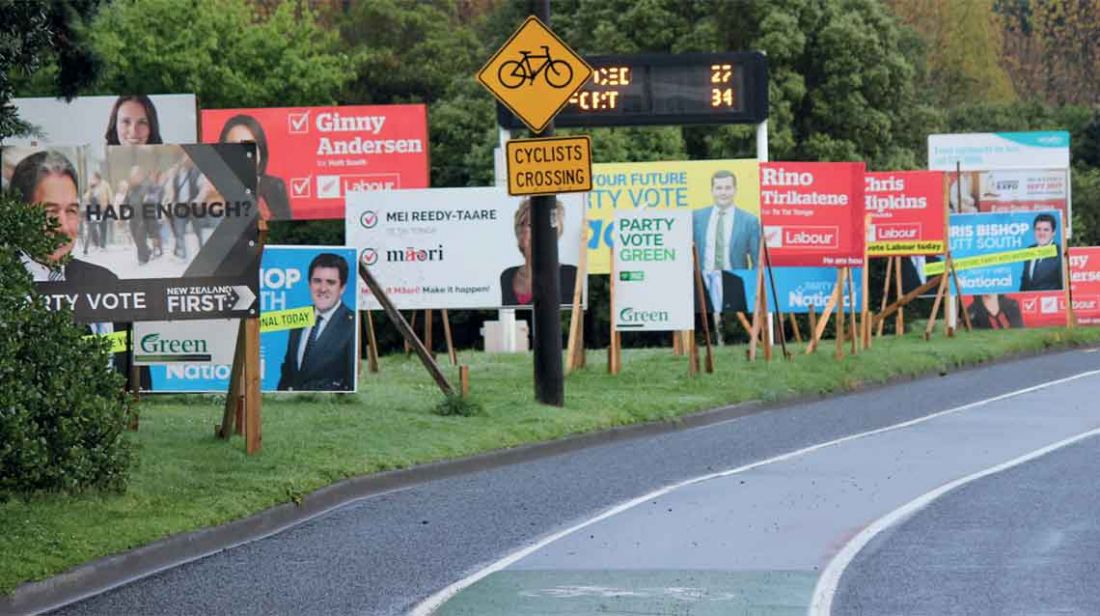 Whakawātea te Huarahi roughly translates to a fresh start or a new pathway to drug reform. It’s the New Zealand Drug Foundation’s ideal model, but what hope is there that this is the direction law makers will take in our new Parliament? Emma Espiner examines the prospects.

The Cabinet table is where the power is, right? We often hear that cry from politicians eager to grasp government, and we hear them lament that they can achieve nothing while sitting in Opposition. That is largely true on economic matters – indeed, under MMP, a Finance Minister can veto an Opposition measure if it’s deemed too pricey (which really means whenever they want).

But social change is different. It’s a stark but seldom recognised fact that significant social change in New Zealand has often been driven by backbench MPs, often from minor parties. Former Labour MP Tim Barnett never made Cabinet, but he did drive and pass profound change on prostitution law reform. He also drove the civil union changes, which were extended into marriage equality by his Labour colleague Louisa Wall. In the minor parties, the force for social change has been just as great. Green MP Sue Bradford’s Bill effectively banned the smacking of children. David Seymour from ACT has championed the assisted dying Bill, which, while not yet successful, has put the issue back on the agenda.

The dramatic advances in tobacco control – from plain packaging to major increases in excise tax – may have needed the imprimatur of Cabinet Ministers, but they had their genesis in the minds of backbench Māori Party MPs Hone Harawira and Tariana Turia.

Now, I write at a time when our new government hasn’t yet been formed, which will probably have changed by the time this is published – but that really confirms my point. We need not necessarily look to Cabinet for creative and lasting solutions on drug reform.

That may be a good thing given the conservative influence likely to be wielded on the new government, and we’ll address that more closely later. But first the bad news. The diversity of parties and voices that has helped generate social change under MMP has taken a body blow at the 2017 election.

United Future is gone. Few tears will perhaps be shed over that. But gone with it is Peter Dunne, one of the more thoughtful and knowledgeable Ministers in the drug reform space in many years. Yes, it took him a while to get there, but he was starting to show genuine progressive leadership towards more compassionate and evidence-based drug law.

It’s a stark but seldom recognised fact that significant social change in New Zealand has often been driven by backbench MPs, often from minor parties.

The Māori Party is gone too and with it the only independent Māori voice in Parliament – surely a loss in the debate on drug issues, which disproportionately impact iwi Mäori. The Māori Party had shown itself willing to engage with a harm-reduction lens, especially in challenging punitive and racist laws. Their primary concern was the disproportionate numbers of whänau Māori with their potential limited by drug use, abuse and incarceration.

Then consider those who weren’t booted out of Parliament but never made it in. The Opportunities Party did genuinely present opportunities. TOP received 48,000 votes, but because of our curious MMP rules, those people don’t have representation (it’s five times the number of votes ACT got, which retains a presence through the Epsom bolthole).

While Gareth Morgan and Sean Plunket provided lots not to like by trolling social media users, when it came to drug use, their ideas had plenty of merit. TOP’s drug policy was one of the most detailed, considered and aligned to Whakawātea te Huarahi out of any of the parties vying for our votes.

Politics, like nature, abhors a vacuum. With these seats empty, the power is concentrated. The two major parties hold more than 80 percent of the vote. And then there’s the guy who holds very few cards – but they’re all aces. New Zealand First leader Winston Peters is the power broker yet again. As I write this, memories turn back to the interminable coalition haggling of 1996. But as for New Zealand First’s vision on social policy, perhaps that goes back even further, to a time the nostalgia politician is so fond of: the 1960s and 1970s.

The influence of New Zealand First

No matter which way the coin lands, New Zealand First will have significant influence over the agenda of any new government. Predicting what New Zealand First will do is something of a fool’s errand. On the campaign trail, policies from the party’s website, faithfully trotted out by its MPs, were then violently disputed by the leader, so specifics are hard to come by.

But we get the tone. Shane Jones, who may hold a Ministerial warrant again, has talked tough on the meth trade and told us during the election campaign that he would have liked to “drop a nuke” on a Whangarei anti-violence gang event.

Ron Mark, who has a strong interest in Police and Corrections so could be expected to influence policy in this area, is an old-school hardliner on drug issues. He’s talked about outlawing gangs (“scumbag low-life gangsters”) and lowering the age of criminal responsibility to 12. He’s been quoted as offering this solution to those who sell drugs: “Take these drug dealers off the streets, put them in jail and eliminate them.”

Now admittedly, this is the rhetoric and we are yet to see the policy. The tone is not encouraging – although it is not all bleak. New Zealand First has something of a penchant for referenda – remember the unsuccessful 1998 poll on compulsory super? – and now there’s the current policy to vote on the abolition of the Māori seats and reducing the number of MPs to 99.

It would be a rich irony if Mr Peters could be persuaded to hold a referendum on legalisation or decriminalisation of cannabis. If that were to happen, the polls commissioned by the Drug Foundation through Curia Market Research since 2016 suggest Mr Peters would then become the unlikely face of cannabis legalisation in New Zealand.

They are long odds clearly. So who else can we bet on to drive change?

During the 2017 Parliamentary Drug Law Symposium, Kiritapu Allan and Chlöe Swarbrick spoke persuasively about the need for reform. Both will be in Parliament. Kiri could have influence – and even a Ministerial position in a Labour-led administration – and shows promise as a law maker with her legal background.

Chlöe has a supportive caucus on drug law reform. The Green Party policy makes recreational use and cultivation of cannabis legal – and Julie Anne Genter’s medicinal cannabis bill is left to fight another day in the new Parliament.

As for the Labour leader, Jacinda Ardern wants to increase the use of drug courts and also funding for mental health but has been reluctant to say what position she would take on legalising cannabis even in a conscience vote.

Bill English similarly is aggressively cautious on these issues, as befits a self-confessed social conservative.

Leadership from the top then isn’t going to happen in the new Parliament. We look again to the backbenchers for change – their voices are fewer this time, but they are voices that urgently need to be heard.