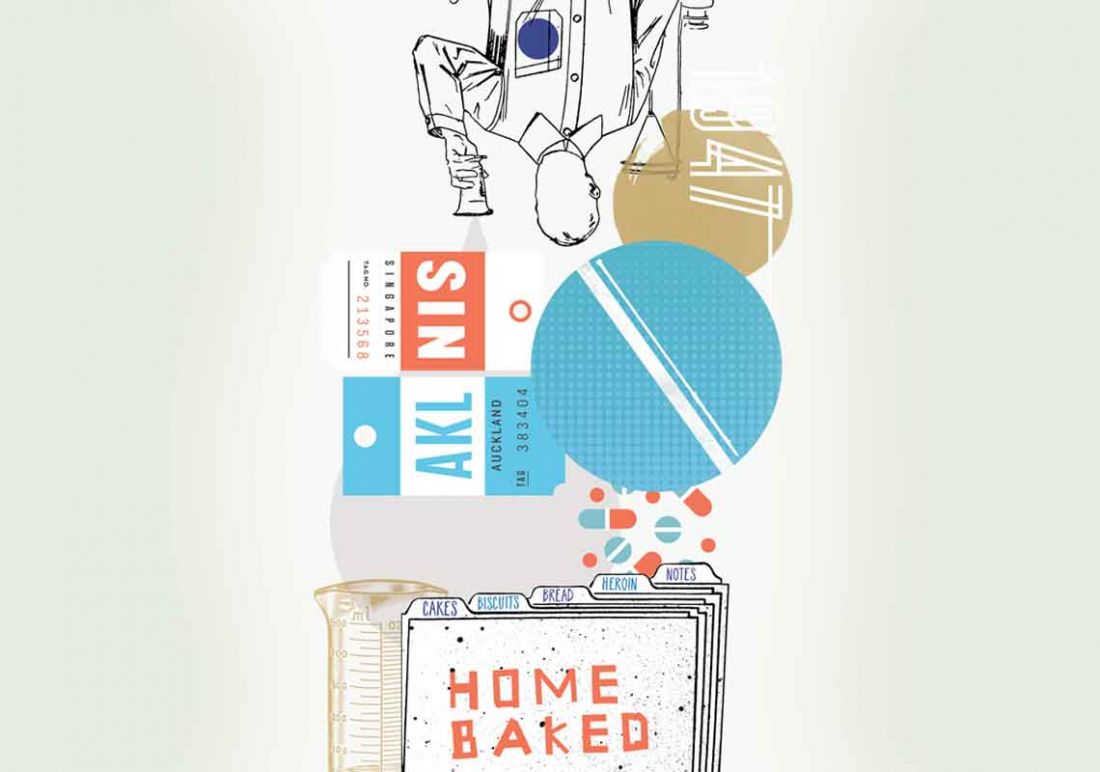 Who knew? In 2014, the do-it-yourself heroin brewed up in local kitchens was honoured in a glossy volume promoting Kiwi inventions “that changed the world”.

The long, mostly hidden and quietly swoony story of the Kiwi relationship with heroin (diamorphine), whether pharmaceutically pure or freshly baked by local chefs, has rarely, if ever, enjoyed this kind of positive attention. Early last century, local newspapers like Truth dubbed heroin “the sleep of death”, telling of “dope derelicts”, the hapless victims of the “lure of the poppy”.

Take this, from 1925: “A drug addict, Thomas Bilcliff, took his last dose of heroin in Auckland the other day when he exceeded his capacity for the drug and never awoke from his last dreamlike sleep … he was visited in his room in the Waitemata Hotel by … a young man of 21 summers. It is stated that the first greeting Bilcliff gave his friend was, ‘Have you any dope?’… Bilcliff thereupon helping himself to another dose, and falling fast asleep, passed into the Great Unknown.”

The word was out. The 1927 Dangerous Drugs Act soon placed stringent curbs on doctors prescribing heroin to people like Bilcliff, though writer Iris Wilkinson, herself addicted to heroin, noted in 1932 that doctors were often conned. It was the vigilant chemists of New Zealand who were holding “the narcotic habit in check”.

Our cheery, white-coated pharmacists, however, then turned heroin into a runaway suburban sensation. What made it acceptable was the fact that it was readily prescribed in the form of sweet cough mixture, a sure-fire cure for the pesky common cold.

And boy, did the Baby Boomer parents’ generation take to it. By 1947, so much ‘linctus heroin’ was flying out the pharmacy door that a United Nations committee publicly demanded that our government explain. We were said to be among the world’s “highest” users of heroin per head of population.

Chastened officials got out their clipboards: “Detailed investigation in a number of centres and follow up work with the prescribers … led to an assessment that not less than 50 persons in New Zealand were dependent on heroin from the cough linctuses which had been prescribed to them.”

By 1947, so much ‘linctus heroin’ was flying out the pharmacy door that a United Nations committee publicly demanded that our government explain. We were said to be among the world’s “highest” users of heroin per head of population.

So out of control were prescribing rules and systems that the Director of the Public Health Division told his minister: “Unless sufficient and competent staff are appointed I cannot take responsibility for the control of dangerous drugs.”

Officials meanwhile learned to their alarm that a group of intravenous opioid users had emerged in the heartland. A shopkeeper, a Chinese market gardener and two nurses in Hawke’s Bay were later identified as the founding cohort. Health officials imaginatively described them as the “Hastings Incubus” (an incubus is an old medieval term for an evil spirit).

A 1970 Health Department report into illicit drug use noted its manifestation in the late 1940s: “There is good reason to believe that this group initiated in this country the intravenous use of opium and is the hard core of infection of other narcotics abusers.”

Officials grappled with what they saw as the dark handiwork of the ‘incubus’. In 1968, a 17-year-old died after injecting himself in a grotty Grafton flat. More deaths followed. The tragedies drew only muted headlines – but behind the scenes, health and law enforcement authorities were tearing their hair out.

The fatalities occurred just as a high-powered Drug Dependency and Drug Abuse Committee sat in Wellington to examine the local pick-up of global drug culture, especially LSD and cannabis, linked to the 1960s counterculture.

Midway through 1968, a telex marked “urgent and confidential” flew between Auckland’s CIB boss and the shocked committee. It talked of an outbreak of injecting activity involving “literally hundreds of people in Auckland”.

The fatalities didn’t end there.

Between May 1972 and 1973, the authorities recorded 15 deaths, all of the people in their 20s and mainly in Auckland. Without exception, these deaths were caused by overdoses of pharmaceutical opioids, either legally obtained from doctors or sourced from pharmacy break-ins.

The ‘demand’ side of the equation was now taking shape, and apprentice users queued in droves to buy the high-quality Southeast Asia heroin supplied by the ‘Mr Asia’ syndicate after the mid-1970s. Until the perpetrators were eventually caught, that is. And it is at this point that the homebake story began.

As No. 8 Rewired recalls: “By 1979 heroin was much more available in New Zealand … then the police strangled the flow … as the 1980s dawned the heroin addicts were starved of what they needed, and their necessity gave birth to a weird antipodean bastard – homebake.”

Two Aucklanders with heroin addictions and a rough knowledge of chemistry dug out old university texts. They concocted a basic recipe for transforming over-the-counter codeine tablets into sticky morphine that could then be converted into heroin.

It stayed secret: the phenomenon of crazed people (with long unkempt hair?) leaping out of cars and clearing pharmacy shelves of codeine seemed to go unnoticed.

For a while. In January 1983 came the first ‘homebake lab’ bust. Over the next three years, as 90 more labs were unearthed, our invention was even said to have crossed the Tasman. It is now certified as a Kiwi classic. Really?

No. 8 Rewired deserves the last word. “Nowadays it’s not so popular. Codeine is a lot harder to come by since a crackdown in availability of the standard ingredients in 2010 – well, a very Kiwi-style of crackdown where you can still buy them, but you have to answer some very probing questions first.

“And the NZ drug scene has another and arguably worse scourge to deal with – ‘P’ (otherwise known as methamphetamine). At least we didn’t invent that one.”