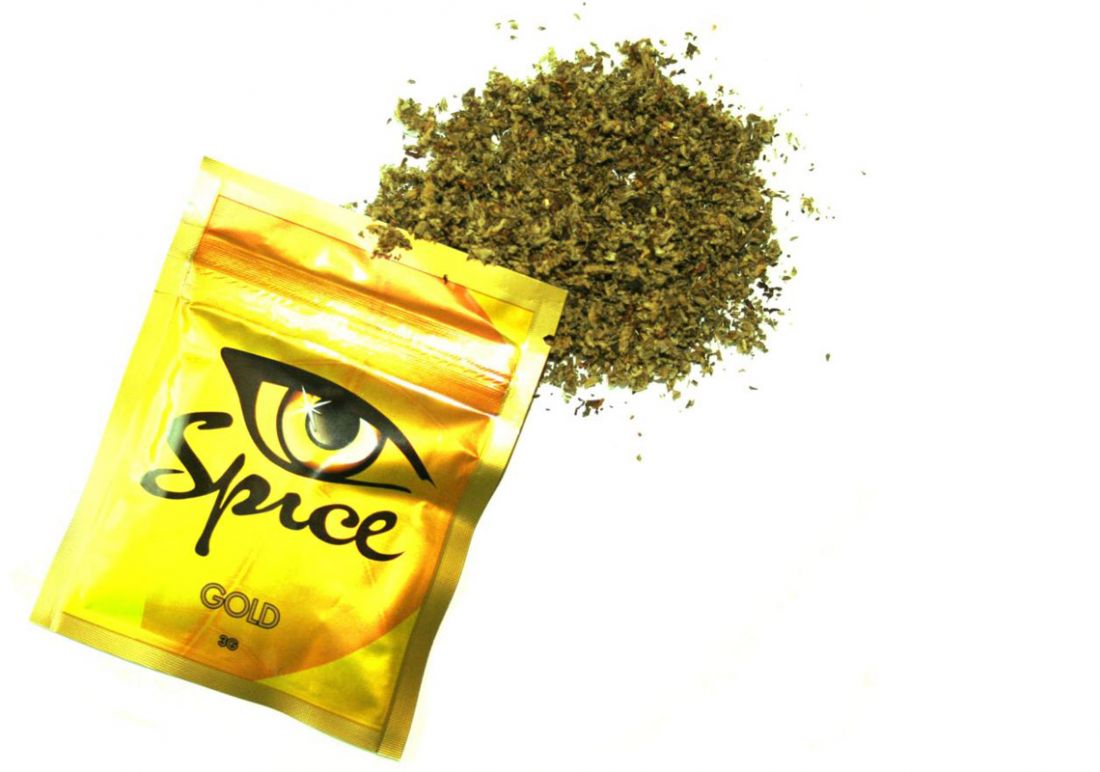 Hamish McKenzie talks with Dr John Huffman, the inventor of the chemical compounds that underpin controversial ‘herbal highs’ such as Kronic. He finds him a genial man with an easy manner but one also unafraid to dish out withering critiques of those who would profit from peddling chemicals he considers dangerous.

Now 79 years old and retired, John W Huffman enjoys a quiet lifestyle in the mountains of North Carolina, with his wife, a university professor. He’s quick to laughter, self-deprecating at every turn, and he retains the sharp, analytical mind that helped him excel in a long and distinguished career as a research scientist.

Huffman invented or co-invented more than 450 chemical compounds that mimic the effects of tetrahydrocannabinol (THC), the psychoactive substance in marijuana. The compounds – which bear his initials – are the key ingredients in marijuana alternatives such as Kronic, K2 and Spice. Huffman, however, calls these compounds flat out dangerous.

“It’s like playing Russian roulette,” he says of people smoking Kronic, “because you just don’t know what’s going to happen.”

He also doesn’t hide his contempt for the people who seek to make a profit from the likes of Kronic.

“There are people on this earth who will do anything to make money, no matter what harm it does to other people,” he says. “These people are morally off base, completely.”

He likens the sellers – which include Auckland company Lightyears Ahead, distributors of Kronic in New Zealand – to common dealers.

“These people, they know it is known that these things are harmful. These people are just like drug pushers who push cocaine and crystal meth and all the other nasty compounds.”

Huffman, who, in July, retired from his job as a professor of organic chemistry at South Carolina’s Clemson University and holds a PhD from Harvard, has been one of the few informed voices speaking out against the dangers of what are still largely unknown quantities. Only a small number of cannabinoid experts have stepped forward to educate the public on the ramifications of using the drugs.

That’s partly because there are few people qualified to speak about synthetic cannabinoids and little money to fund their work. In the US, Huffman is one of only “four or five” chemists who have made the compounds – three of whom are over 70 years old.

Huffman, who trained under Nobel Prize-winning chemist Professor Robert Burns Woodward, got involved in cannabinoid research in 1984, when he was funded by the National Institute on Drug Abuse (NIDA) to synthesise THC carboxylic acid, which was used as a standard for checking marijuana use. At the time, the institute was paying US$50,000 a gram.

Later, at a meeting of the American Chemical Society, Huffman learned that NIDA wouldn’t fund synthetic organic chemistry – it would only fund drug development and receptor interactions (i.e. how compounds react with particular receptors in the brain). He had no experience in either field, but thought receptor interactions sounded more fun than drug development, and so, after three attempts, he managed to renew his grant. He became so interested in cannabinoid receptors that he worked in the field continuously until July this year.

Huffman’s research ultimately led to the development of more than 450 chemical compounds that “mimic THC and then some”. One of the most potent and easiest to make is JWH-018, which is 10 times as potent as THC and is the key ingredient in Kronic.

“If you just look at the affinity for the receptor, this stuff is about 10 times as potent for the CB1 receptor as THC,” says Huffman. The brain’s CB1 receptor is linked to the central nervous system. In other words, JWH-018 is likely to be much more effective at getting you ‘high’ than plain old THC.

You’ve heard all the horror stories. An 18-year-old Christchurch man collapsed after smoking Kronic, vomiting and drifting in and out of consciousness as he convulsed and screamed for water. Emergency departments report kids as young as 15 suffering from severe Kronic-related side effects, including anxiety, increased heart rate and seizures. In the US, there have been reports of suicidal feelings, chest pains and hallucinations after smoking Kronic-like drugs. In July, a 14-year-old Hutt Valley High School student was suspended after being caught dealing Kronic at school.

“These aren’t just horror stories that have been plucked out of the air to alarm the innocent public,” says Dr Leo Schep, a toxicologist at Otago University’s National Poisons Centre and one of New Zealand’s leading cannabinoid experts. “They do occur.”

Schep says the most common effect is increased heart rate and agitation, coupled with anxiety.

“The psychoses are a not unfamiliar clinical presentation, as is paranoia,” he adds. “It’s not everyone, but any emergency department will see them. It’s not one that comes up every 2 years – one will come up every week.”

Just like the US, New Zealand is short on hard data proving the harm that can be caused by synthetic cannabinoids. Crown research institute Environment Science & Research (ESR), however, has been doing its best to educate the public. In July, it issued a press release that effectively served as a catch-all “this is what we know” information package about the compounds.

ESR pointed out that synthetic cannabinoids were developed in the last 15 years, there is very little scientific and medical knowledge about their wider effects (for example, for chronic use or in vulnerable populations, such as pregnant users) and that there’s virtually no knowledge about the effects of the compounds when mixed with other chemicals.

“We know the acute clinical effects, we don’t know the chronic effects,” says Schep. “There’s just nothing out there because it’s so new. It’s gone straight from a lab to the streets.”

Synthetic cannabinoids have been banned in many countries and in numerous states in the US. In early August this year, New Zealand’s Parliament passed legislation banning their sale for 12 months while, according to Associate Health Minister Peter Dunne, the government “works on a complete overhaul of the Misuse of Drugs Act”.

The ban extends to 43 known synthetic cannabinoid products, and Dunne says if manufacturers try to substitute these with other products, “they will be banned as well”.

Huffman agrees the compounds should be illegal to sell. He also says, however, that New Zealand should consider legalising marijuana as a way to counter the problems with synthetic cannabis. “The synthetics are harmful, they’re dangerous,” he says, “and marijuana is not really dangerous.” He has a doctor friend in California who was unaware of the synthetic compounds because in his state it’s so easy to get marijuana (medical marijuana is legal in California). “That’s what made me come to the conclusion that legalising marijuana is probably the best thing we could do – and tax it, so the government could make more money.”

A confession. I’ve smoked Kronic. I’ve lived away from New Zealand for 6 years, but when I returned to visit last summer, a friend brought some Kronic along to a party. It was New Year’s Eve, and we were camping by a fire. I’d never heard of the stuff, but my friend said it was legal and very effective. He had bought it from his local video store in Dunedin and was smoking it frequently as a legal alternative to marijuana. He’s a law student.

We got a couple of other friends together and hot-boxed a car. I was shocked at how quickly the stuff acted and needed no more than a couple of drags to last me for the whole night. Because I knew nothing about this drug, and it was available for sale at the dairy. I didn’t even stop to consider that it might be more harmful than weed. My past experiences with synthetics – party pills, for instance – were pretty disappointing. Kronic, it seemed, was just as strong as the real thing. My friend was happy that it was available legally and for about the same price as pot. It had become his new habit.

I didn’t suffer any negative consequences that night or the next morning, but knowing what I do now, I won’t be touching the stuff again. I wonder how many others are in the same position.

For his part, Huffman knows enough about the drugs to say bluntly: “These are dangerous compounds and should not be used.”

As a kind of unwilling figurehead for these synthetic compounds, he has had more than his fair share of feedback. He’s had a few people blame him for the development of the drugs – including in an unpleasant interview on Russian TV – but he’s actually had more people thank him for it. Wannabe manufacturers often email him expressing their admiration and asking for advice. He doesn’t answer them. The emails that make him most sad, however, are from parents whose teenage sons or daughters have used the drugs and suffered severe psychological problems.

“I never had a really good response to any of those,” he says. “There was one email I got from a woman whose nephew had smoked K2 or Spice and committed suicide. They are really, really nasty compounds.”

Huffman is a little bit put out that his name and reputation are associated with the development of these compounds, but he doesn’t lie awake at night worrying about it.

“The people I know and respect in the field know what I’ve done.”

His real success, he reckons, is in the graduate and postdoctoral students he has trained.

Meanwhile, having his very initials on the compounds that give these new, harmful drugs their kick has gone on for too long to get to him any more. He’s moved on and is enjoying his retirement.

“It’s mildly irritating,” he says of the ‘JWH’ association, “but at least I have a chance to be infamous for something.”

Hamish McKenzie
Writer based in the US 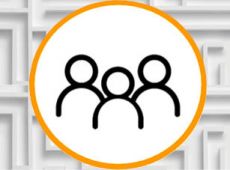 The Drug Foundation is teaming up with over a dozen organisations to support the Ministry of Health in developing a coordinated response to ... 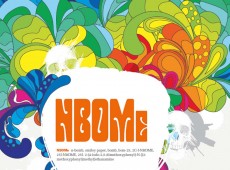 While LSD is often painted as the psychedelic equivalent of a tie-die t-shirt, the new, nefarious n-bomb is portrayed as a potent potion of ... 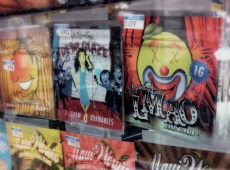