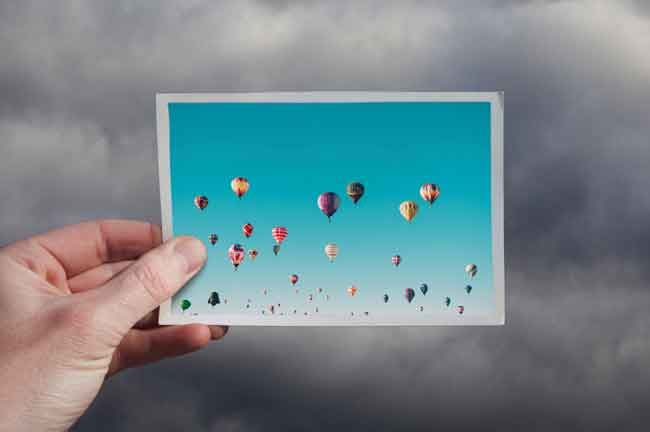 Canadian cannabis legalisation 18 months on: Attitudes about cannabis use are changing as legalisation brings more education opportunities and fears about drug harm fade.

As a general rule, people like what they know. The status quo, however imperfect, is at least observable, and we tend to prefer sticking with it over change. The cannabis legalisation debate in New Zealand involves many hypotheticals. What if children accidentally consume edibles? What if heavy machinery operators come to work stoned? What if there’s a dope shop on every street corner?

While it’s entirely reasonable to pose questions like these when discussing the pros and cons of legalisation, what is possible can sometimes be given more weight than what is likely, simply because it’s difficult to imagine how all the variables might apply in real life.

We’re lucky in New Zealand therefore to have Canada and parts of the United States (although Canadian law hews closest to our current draft legislation) as a guide to see what legalisation actually looks like in practice so far.

And while there have definitely been road bumps and lost opportunities in Canada, none of the worst predictions or fears about legalisation, particularly in relation to drugged driving and youth use, have come to pass.

Eighteen months since recreational use of cannabis was made legal in Canada, the general consensus is that the sky hasn’t fallen.

The phrase, aimed indirectly at the Chicken Littles who were either genuinely worried or ideologically opposed to legalisation, is repeated by almost every person spoken to in the course of interviewing for this story, including international drug policy experts and a Canadian Police chief.

So if the sky didn’t fall, what did happen? Simultaneously, a lot and very little. An entire industry was established via growing operations and retail stores, which were established swiftly but not without teething problems – more on that later.

Hundreds of millions of dollars of tax revenue was collected across federal and provincial governments, and a not inconsiderable number of people tried cannabis for the first time. But for most people, most of the time, life is unchanged.

Data from Statistics Canada has shown that, while there were initial increases in cannabis use in the first quarter since legalisation, in the year since, there has been no sharp rise in levels of consumption.

Figures have even suggested that consumption rates among those aged 15–17 have fallen by nearly half since cannabis was legally regulated, from 19.8% to 10.4%. Like New Zealand, Canada had high rates of cannabis consumption prior to legalisation.

Although we will need to see the data over a longer period to get a fuller picture of how legalisation has affected use rates in all age groups, UK researcher Harvey Slade posits the initial drop may at least in part be because, once a drug is legal, it loses some of its allure.

There has not appeared to be a significant increase in drug-impaired driving or accidents.”

“People may find it interesting for a couple of months, but there’s a normalising change. It’s not this fun new illegal drug, it’s just something you can buy from a shop like alcohol or tobacco.”

Slade recently wrote a report for Transform Drug Policy Foundation about the effects of legalisation so far using a range of data including that released by Statistics Canada.

Concern among Canadians that people would be stoned at work has “dropped considerably in the year and a half since legalisation” after there was no noticeable increase in such incidents occurring, he says.

Where relevant, workplaces put in place policies laying out expectations around cannabis use as they have in the past with alcohol. The fact this concern has dropped markedly since legalisation shows people are scared of deviating from the status quo.

Serr, who has held his position in the town of Abbotsford, British Columbia, for the last five years, says fears about increases in drugged-driving offences was a particular concern for Police chiefs prior to legalisation, but the feared spike never came.

Stephanie Lake of Canadian Students for Sensible Drug Policy (CSSDP) says she would expect in the long term to see reduced rates of drug driving overall so long as there is sustained public outreach and education about drug harm.

Canada has been using a portion of new cannabis taxes to invest in education and evidence-based harm-reduction campaigns, with drugged driving being a significant area of focus.

The CSSDP also received a government grant to roll out their “sensible cannabis education toolkit” into more Canadian schools and campuses (although that roll-out is currently partially hampered by Covid-19).

The education toolkit contains a set of guiding principles for implementing a well-rounded cannabis education. Harm reduction is a big focus, with additional focuses on fostering trust between young people and their parents, teachers or other trusted adults and non-judgemental, inclusive messaging tailored to a range of ages, ideally delivered by a trained facilitator.

In particular, the toolkit aims to provide relevant information for young people who have tried or are using cannabis. This includes being realistic about why people might want to use the drug and discussing perceived benefits.

While educators don’t want to encourage young people to use cannabis, black and white messaging that doesn’t line up with people’s experiences can make young people, especially teenagers, less trustful.

If  someone is told cannabis is dangerous only to try it with no issue, they may disregard advice about using more harmful drugs, Lake says.

The kinds of nuanced conversations that build trust and properly inform young people are more possible under legalisation now that conversations about previously illegal behaviour are out in the open.

“Before it was legal, it was actually quite difficult to talk about cannabis or even research cannabis in ways that might suggest it’s anything other than harmful,” Lake says. “It’s helped us come up with a better and more nuanced way of designing education around cannabis.”

There was a “fear-based” approach to cannabis education, and when so many young people are trying it anyway, that approach isn’t effective.

It’s not just young people in need of education. Serr says anecdotally he’s heard of many people in their 40s and 50s trying cannabis either for the first time or for the first time in several decades – sometimes recreationally, sometimes therapeutically or for pain relief. In fact, the biggest growth in use has been in this older demographic.

Lake has noticed an increase in harm- reduction messaging since legalisation and believes the change has meant Canada can’t avoid the conversation any longer or pretend cannabis use isn’t happening.

The good news story is, none of the worst-case scenarios have been realised."

Canadian researcher and leading cannabis expert Rebecca Jesseman, Policy Director at the Canadian Centre on Substance Use and Addiction, hammers home the point that it’s crucial to recognise there hasn’t been much of an increase in cannabis use since legalisation.

“The good news story is, none of the worst-case scenarios have been realised,” Jesseman says, referring to fears about spikes in youth use and drug-impaired accidents on the road or at work.

Where Canada did slip up was rushing through the legalisation process too quickly, resulting in a roll-out of retail stores that was “not as strategic” as it could have been.

Legislation was passed in July 2018, and by October 2018, stores were allowed to open. What followed next in many places was months of patchy supply, irritated customers and questions around the quality of the legal product being sold.

What was perhaps not considered is the fact cannabis has a growing time – you can’t manufacture it overnight. That lead time is compounded if you consider the need to ensure steady supply as well as time for testing and tweaking strains to make sure what’s on the market is as safe as possible.

A lot happened in a fairly short period of time."

The first six months or so of legalisation in Canada was characterised by stock shortages and insecure supply. Jesseman says ideally the finer points of legalisation and regulation would have been hashed out over the course of a year or so.

Jesseman happens to live around the corner from a cannabis retailer in Ottawa and recalls the rush of interest when stores first opened. Cars clogged her street, and people could be seen queueing up outside, but for the first few months, they were often left disappointed.

“A lot happened in a fairly short period of time, and certainly when we saw a lot of challenges early on, it was around the production and distribution networks and that’s what contributed to a lot of the stock shortages, which unfortunately did result in a lot of stores that opened but didn’t have anything on the shelves.”

They had to cut back on hours – not ideal for any business – and some customers felt pretty dissatisfied.

Retailers need time too to train staff and security and to secure access to distribution networks. Part of staff training is about teaching people how to spot someone impaired by cannabis, which can have less obvious ‘tells’ than drunkenness.

This training has also been rolled out amongst Police, who are trained to spot signs of impairment, usually to try and figure out if drivers are under the influence.

Our best tool is to direct the consumer away from the illegal markets and give them more choices and more reason to be in the legal market.

So far, there hasn’t been a complete switch to the legal market, with some people still buying their cannabis from dealers they have existing relationships with.

People who use heavily in particular seem to be slow to change their habits, Serr says. This may be because they favour certain strains or THC levels. “The newer consumers, that doesn’t bother them, but the connoisseurs, they like the illegal brands."

“It’s like if you drank Budweiser beer all your life and then someone says you have to drink this beer.”

While not everyone has switched to the legal market yet, the number of people who choose to buy cannabis legally will likely rise as supply issues are sorted out once and for all and the choice of what’s on offer legally broadens.

“Our best tool is to direct the consumer away from the illegal markets and give them more choices and more reason to be in the legal market,” Serr says. He sees the legalisation of edibles as a win in this regard.

“It’s like if you drank Budweiser beer all your life and then someone says you have to drink this beer.”

New Zealand’s current draft law will eventually allow the sale of edibles, though these will need to be approved by the regulatory authority on a case by case basis which is perhaps an indication that the legalisation process requires flexibility and the ability to adapt after the initial law is passed.

What legalisation has done is free up Police time to pursue more socially harmful drug crimes such as fentanyl production and distribution.

Despite the bumpy start and further criticisms about lack of equity in licences and market share domination, Slade still says we should consider the process on the whole a success – although with lessons to learn from.

“It’s less than two years since cannabis has been legalised, but already we’re seeing the development of a new market that’s extremely public health oriented and has captured a decent chunk of supply already.”