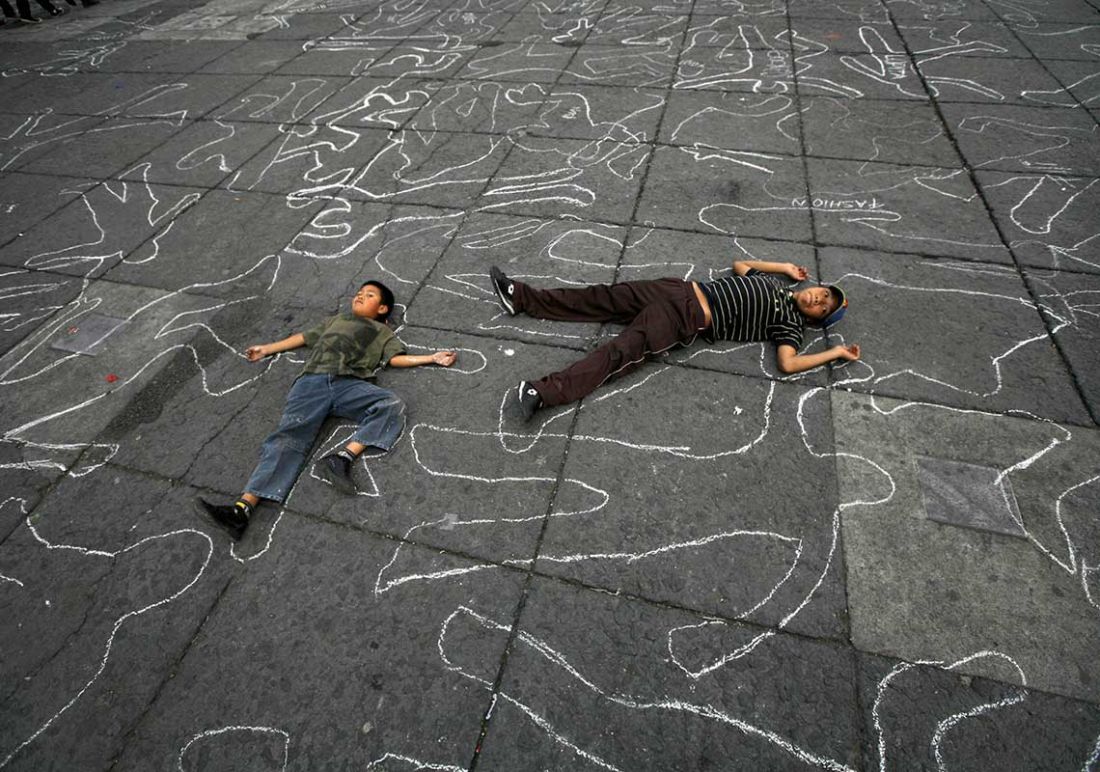 With the next UNGASS looming, Damon Barrett details the widespread human rights violations that stem from the War on Drugs and argues they are systemic and the shared responsibility of all governments. He suggests that only by acknowledging and discussing these violations at an international level can there ever be any hope of addressing them.

Over the years, there has been a real evolution in my thinking about human rights and the War on Drugs. In the beginning, it was about the sheer scale of the abuse in the context of drug control. Later, it was the systemic nature of that abuse and how the international regime fuelled it. But now, while these two ways of looking at the human rights dimensions of the War on Drugs remain entirely valid, I see something wider, affecting human rights itself. Others have no doubt reached these conclusions before me, but with UNGASS approaching, it seemed a good time to set them out.

It’s now trite to say this, but the human rights abuses committed in the War on Drugs are shockingly common, widespread and serious. For example (and I mean for example) this year, two or three people on average will be executed daily for drug offences. Billions of people, four-fifths of the world population, lack access to opiates for the relief of pain. These are people with cancer, late-stage AIDS, injuries from accidents and so on.

A lot of factors contribute to this, but everybody is clear that drug laws and a pathological concern with opiate addiction play a major role. Global HIV targets will be missed by decades at current rates because of ideological resistance to harm-reduction interventions and because much-needed resources are squandered on drug enforcement.

Hundreds of thousands of people are arbitrarily detained in drug detention centres, facing unbelievable abuses once inside. Hundreds of thousands more, if not millions, are displaced due to drug-related violence and crop eradication campaigns. It is truly frightening to think how many people, how many families, are now saddled with unnecessary criminal records for minor infractions of drug laws, with all the limitations this places on life chances.

We’ve all seen these kinds of facts laid out before. Unfortunately, we have to keep rehearsing them. Despite all of these abuses, with the notable exception of groups like Human Rights Watch, the War on Drugs has been mostly overlooked by the mainstream human rights movement. More importantly, and related, too many people today still don’t understand the scale of the damage and why it continues to happen.

I disagree. To my mind, human rights abuses in the War on Drugs are properly described as systemic. By this, I mean systemic at the international level – inevitable within the legal and political architecture that has been created and supported by all governments and made much worse by it.

I’ve made this argument before, and it rests on four main grounds.

First, the Drug War is premised on a narrative of existential threat within which rights abuses are exceptionally easy to justify.

Second, what states are legally required to do under the UN drug control treaties is exceptionally risky from a human rights perspective. They have to arrest people, prosecute them, apply criminal sanctions, eradicate crops, prohibit cultural and religious practices, prohibit private behaviours and more.

Third, and following on from this, how states are rewarded by their peers and by voters for their successes in drug control are some of the very same things we raise as human rights problems. Surely, if the strategy envisaged by the drugs treaties is taken seriously, then millions in prison and with criminal records for drug offences – punished for their crimes as intended by that system – is a success. Surely, if there is a requirement to eradicate crops, then millions of hectares of crops eradicated is a success. Surely, granting states a permissive right to adopt ‘severe measures’ in each treaty was intended to allow for and to condone such ‘severe measures’. In fact, the application of the death penalty for drugs got worse after the 1988 drug trafficking convention was adopted.

Finally, the institutions of drug control at the UN fail to address human rights abuses sufficiently, often masking them behind the veil of consensus and the relatively closed institutions in Vienna. More seriously, they also represent the institutionalisation of the very strategy that has caused the damage. While seeking to hold all violators to account, it is simply not good enough to point at specific governments for their abuses, or even at organised criminal groups for their violence, when the infrastructure within which that abuse takes place is a creation of all governments. This is the real ‘shared responsibility’ that needs to be taken.

What states are legally required to do under the UN drug control treaties is exceptionally risky from a human rights perspective. They have to arrest people, prosecute them, apply criminal sanctions, eradicate crops, prohibit cultural and religious practices, prohibit private behaviours and more.

This brings me to my current thinking. I now think the War on Drugs may represent one of the greatest pushbacks we’ve seen against the entire human rights project.

Human rights are intended in a large part to offer some protection against the overbroad, arbitrary or capricious exercise of state power, to protect us against state abuses, to allow us to seek redress for any abuses committed and to hold violators to account. They are also intended to ensure that states work to improve socioeconomic conditions and to build ‘a social floor beneath which nobody should be allowed to fall’ (to borrow from the Irish President Michael D Higgins).

The War on Drugs is the opposite of all of this. It represents, to my mind, the legitimisation of state repression in the name of achieving social goals. It represents the normalisation, through international law, of the use of criminal punishment as a strategy for meeting those goals. It marks the institutionalisation of a racist and colonial lack of tolerance for difference, culture and expression that is anathema to human rights.

This is conducted through a decades old, legally binding international consensus, and in the name of the rule of law, behind which states may hide. It is done within the institutions of the UN in which guardianship of human rights was entrusted but within which states have instead found legal and political cover for their rights violations. Meanwhile, the Drug War diverts effort, attention and resources away from building that ‘social floor’ and channels them instead into state institutions of repression – while blurring the lines between health, social welfare and development on the one hand and law enforcement on the other.

I am sure that, for many states, this was not intentional, driven along as they were by a fervent pursuit of their ‘humanitarian endeavour’ of drug control. But I do not think, sadly, that I am exaggerating. The success of the drug control regime, in terms of adherence, is because it in no way threatens state power as human rights law does. On the contrary, it reinforces it, and the exercise of that power with impunity is evidenced in the scale of the abuse we recount again and again and the lack of any accountability for it on the international stage.

We cannot expect this kind of discussion at UNGASS, but we should see the discussion as a beginning of a process anyway. Perhaps with the global spotlight on the UN drug control system and more victims, NGOs and governments speaking up about the human rights consequences of the Drug War, the litany of abuse will become more widely known. This, to my mind, is a great start, and it will ultimately benefit human rights beyond drug policy reform.

Damon Barrett is Director of the International Centre on Human Rights and Drug Policy and a PhD candidate at Stockholm University. 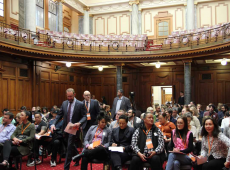 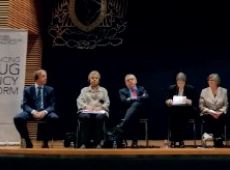 Kali Mercier gives a brief rundown of a recent Global Commission on Drug Policy report and its implications for the War on Drugs abroad and ...