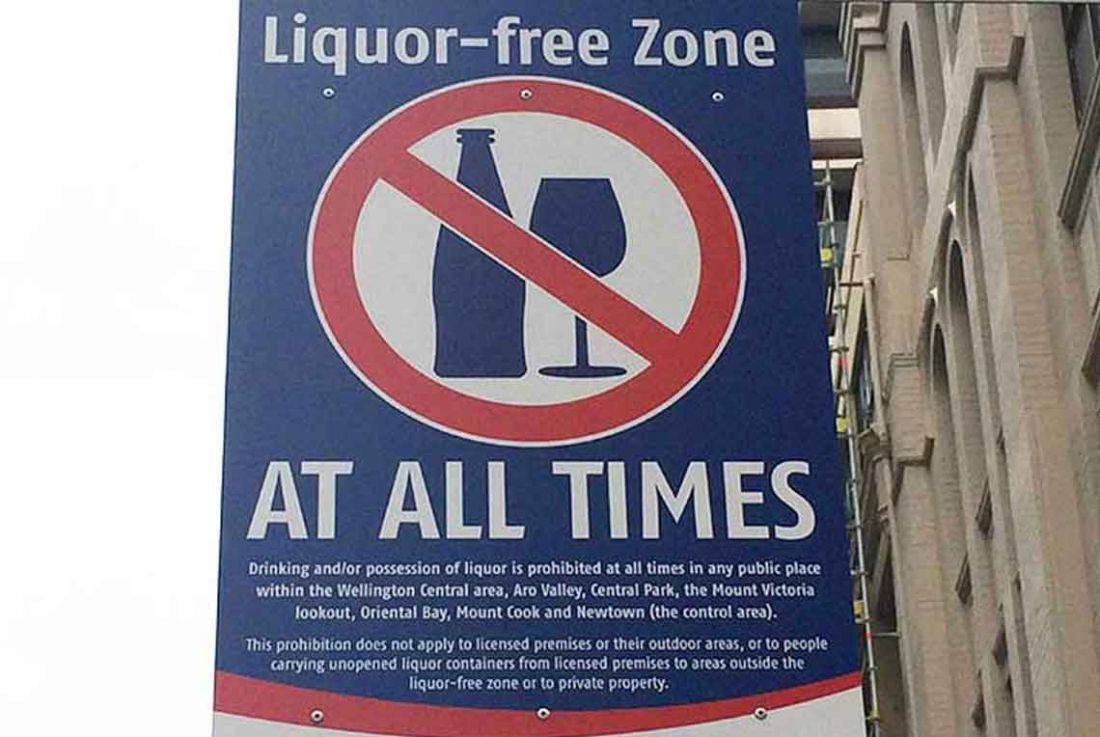 The Sale and Supply of Alcohol Act 2012 promised communities increased input into local policies around the availability of alcohol. It allows each council to develop its own Local Alcohol Policy (LAP), which means issues like trading hours and outlet density can be determined by communities. Until the Act, communities had little control over what happened in their neighbourhoods. But as we approach five years of the new legislation, Matters of Substance asks, “Are communities getting that input and significantly contributing to their LAPS?”

One of the great things about the 2012 Act is that its wording represents a much more advanced appreciation of alcohol and its effects upon society. Unlike its predecessor, it acknowledges that alcohol-related harm can be indirect as well as direct, and it speaks of the consequences of inappropriate (not just excessive) drinking (section 4) – reflecting an understanding that issues around alcohol harms are complex and affect communities.

Looking at alcohol harm in this broad way, it acknowledges the voices of communities by enshrining their right to have a say at every stage of their council’s alcohol policy development, empowering them and opening up channels of communication. This has helped many licensees understand how their businesses affect neighbourhoods. So while there’s no actual case yet of a LAP being used to stop a licence, a lot of applications are being withdrawn once the licensee understands the depth of community feeling and that local residents have a right to speak up.

Granted, it isn’t always easy for communities to get what they want, and perhaps it shouldn’t be. It’s not wrong to derive your income from running an alcohol outlet, and if a fit and proper person is to be denied that right, there should be good and demonstrable reasons.

Though it has been nearly five years, the Act is still in its relative infancy. There are examples where LAPs have included measures to curtail local alcohol harm, and it may well be that this will increase as community members and other parties gain a better understanding of what the Act can do.

The Sale and Supply of Alcohol Act 2012 is clearly not working in terms of community say, and the reason is very simple. Just about every time a council drafts a LAP that reflects the wishes of its communities, the industry rolls in its lawyers to tie proceedings up with expensive appeals until resistance becomes futile.

LAPs go through three main stages. First, a draft LAP is produced, which is open for submissions. Generally at this stage, communities will ask for tighter regulations, while industry submissions ask for looser ones to safeguard businesses, livelihoods, and profits. A Provisional LAP (PLAP) is then produced on the basis of this feedback.

PLAPs are then open to appeals adjudicated by the Alcohol Regulatory Licensing Authority (ARLA).

This is where alcohol and supermarket lawyers earn their big bucks, slowing LAP progress, frustrating councils and watering down any policy provisions that would have made any meaningful difference. Fighting appeals is a lengthy and expensive process for councils, which are often significantly out-gunned in terms of resources.

Meanwhile, community members find they have to enter an intimidating and adversarial legal environment to argue their concerns about the very real harms being done on their doorsteps.

But often they don’t even get this chance.

Many councils choose instead to avoid expensive hearings and negotiate directly with industry appellants under what is known as a consent order. These negotiations are only between the council and the appellant, so community members often don’t have any direct input. The negotiations are also conducted behind closed doors, so matters that are very much of community interest don’t see the light of day until deals have been done.

It is beyond doubt that industry appeals are rife and effective. ARLA’s 2016 annual report says there has been a significant decrease in its workload except for in one area – “appeals against provisional alcohol policies”. These rose 69 percent from 39 appeals in 2015 to 66 in 2016.

A December 2016 Alcohol Healthwatch report by researcher Dr Nicki Jackson (who now heads Alcohol Healthwatch) measured the progress of LAP development across New Zealand’s territorial authorities. It looked particularly at whether policy elements became more or less restrictive as a result of the public consultation and appeal processes.

Thirty of these were appealed, and more than half of these appeals came from Progressive Enterprises, Foodstuffs and Super Liquor Holdings. No surprises there.

Over the course of developing the LAPs, 165 substantive policy changes were made, with 71 percent of these resulting in less restrictive provisions – all from appeals. At the time of the report, 12 LAPS had been fully adopted (as have six more since the report – all under consent orders), but not one has made it through with provisions intact, which sought, for example, to reduce the overall density of premises through restricting further licences.

The report found that the average daily duration of trading hours for off-licences (now 14.9) increased for both bottle stores and supermarkets from the PLAP to LAP stage and that many discretionary conditions (such as those allowing for one-way door policies) had been removed.

The report goes on to highlight just how complex the politics around alcohol policy formulation can be and how progressively less restrictive policy measures signal “an increasing gap between community expectations … and the reality of the legislated LAP process”.

The adventures of the Victoria Neighbourhood Association (VNA) demonstrate just how difficult things can be for community members.

VNA represents concerned residents in central Christchurch who live on the edge of the city’s newly designated entertainment precinct.

Christchurch, by the way, would be a contender for the most long and drawn-out LAP development process so far. Submissions were first called on the draft LAP in May 2013. Nearly four years later, its status remains provisional with no clear end in sight.

VNA spokesperson Marjorie Manthei says many new bars opened in the area when it became one of the few entertainment centres operating after the quakes. With the bars came regular late-night disturbances of the peace lasting into the wee small hours. She says the streets were soon full of people either preloaded or drinking in the bars until 3 or 4am. There were clear signs of intoxication and anti-social behaviour.

The group made successful submissions to the Draft and Provisional LAPs, advocating for maximum trading of 1am in the Victoria Street area. Of course, these provisions were appealed.

It’s not possible to go into too much detail because legal proceedings are still under way, but Manthei says the appeals process has been anything but user-friendly. The group participated in mediation proceedings, even though they could not see how this fitted under the Act, and were prepared to talk and negotiate.

Because appellants came with lawyers, however, the process felt very one-sided.

Eventually, the council agreed to a compromise that would force bars to close at 1am at the northern end of the precinct (with a three-year transition period) and 3am at the southern end.

VNA, the Police and the Medical Officer of Health all agreed to support or accept the amendments in the spirit of compromise, even though it was not the outcome they had wanted.

That has not been the end of the matter, unfortunately, as several bar owners have refused to accept the 1am closing, and an appeal hearing is pending.

Manthei thinks communities are quite disadvantaged by how the Act is being interpreted or implemented, even though she agrees the spirit of the Act is enabling for communities. She also said some of the hospitality people she has met with appreciate this. The assumption still seems to be, though, that a licence will be granted unless the community proves it shouldn’t be or that there should be conditions imposed – and this requires detailed evidence that can be difficult to collect.

She says the process is time consuming and often ineffective – and that it just goes on and on to the point where she feels like she’s trapped in Groundhog Day.

“One thing we had to face was that, once we got involved, we had to see it to the end. That meant engaging in all the related processes as well, from objecting to individual licences to involvement in the PLAP and even at resource consent level.

All the processes are so interrelated that you can’t cherry pick. It feels like a life sentence.

“And we were the only ones at hearings who weren’t being paid or able to write off expenses. We have to fit things around our actual employment or other commitments and cover our own expenses. This is a big ask for local residents.”

Councils are also pretty open about their frustration. Local Government New Zealand President Lawrence Yule told us he didn’t believe the legislation has made things easier for communities and that the appeals process resulted in councils almost always losing their position.

“If you’re a small local authority facing a decision that reflects a community preference and a large corporate with a significant legal budget challenges you, you have to ask whether the $100,000 needed to mount a fight could be spent on a lot of other good things.”

So he says what’s tending to happen is that councils are just falling back on the default provisions around opening hours and other issues that are found in the Act.

“Doing anything else is way more difficult than anybody imagined it would be.”

He thinks the legislation doesn’t really give ARLA the teeth it needs and that the Act needs to be tweaked to give community wishes more weight.

Many of the experts we spoke to would agree. If the National Government won’t resource councils to mount a fair fight, tighter defaults would be a good start. The evidence is so strong that a lot of these decisions could have been made nationally – things like a freeze on the total number of off-licences, banning off-licences within 500 metres of a school and shorter trading hours.

In the meantime, the LAP provisions of the Act are manifestly failing and simply wasting the time and resources of councils and communities with legitimate concerns.

A four-year Health Research Council project, led by University of Otago researcher Dr Brett MacLennan, is now entering its final year. Its aim is to evaluate the effectiveness of the Sale and Supply of Alcohol Act 2012 in:

■ reducing the availability of alcohol

The uptake and development of Local Alcohol Policies will be a prominent feature of this comprehensive study, as will be how communities are being consulted by local government and what communities themselves are saying about this.

A series of results papers is due for publication in early to mid-2018.

A review of Territorial Authority progress towards Local Alcohol Policy development is available on the Alcohol Healthwatch website.