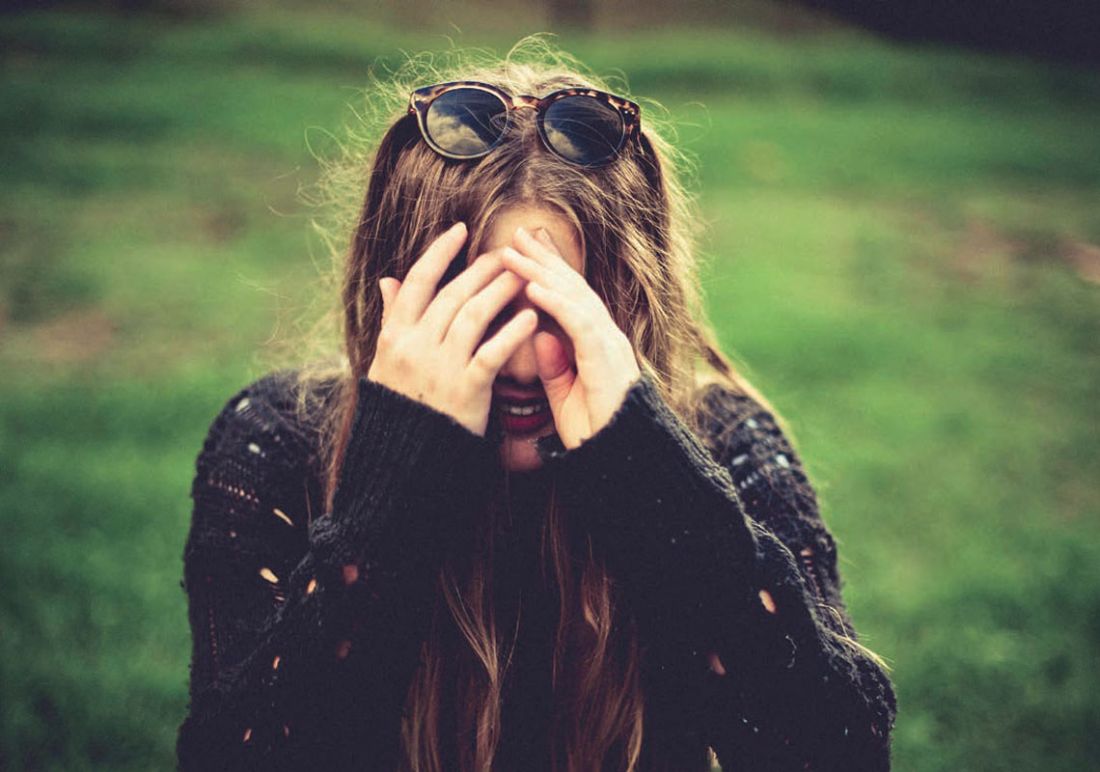 The statistics say it, the kids say it, health workers say it – “So why won’t society believe that meth dependence among Kiwi kids is rare?” asks Keri Welham.

Young people love to exaggerate – their achievements, their woes, the success or otherwise of their fledgling love lives. And drug use is no different. But when it comes to methamphetamine, many young people don’t even bother talking it up. Meth has done its own PR – it’s an ugly drug with an ugly reputation – and many can’t be bothered.

“Meth has a bad reputation. They all know it’s a very intense drug to do, while they barely consider cannabis a drug,” says Auckland-based alcohol and other drug (AOD) specialist Farah Elnashi.

Meth is expensive, and that necessitates major lifestyle changes for users such as associating with those taking the drug regularly and/or the introduction or ramping up of criminal offending to have the money to buy it. Those working in youth AOD treatment say there are very few school-age young people dependent on the drug.

The Youth2000 survey results from 2012 showed less than 1 percent of students had ever used meth – and most of those had only used it once.

In more recent times, the Prime Minister’s Meth Action Plan revealed that, at the end of the 2015 financial year, a mere 1.3 percent of young people aged 18 to 24 surveyed had used meth.

And yet, there is almost an urban myth of its use among young people in New Zealand.

Youth AOD programme manager Caleb Putt tells an insightful story about attending a small town meeting to address the ‘meth scourge’ among children in the town. The media had been reporting the problem, the community had called for action and Police and health workers investigated – but found a total lack of evidence. A town meeting was arranged. A handful of people turned up, and no-one could pinpoint the source of their information. Caleb was grateful for the opportunity to connect with the community but says the lack of evidence on offer at the meeting seemed to back up his agency’s data – childhood meth use in this town was little more than a rumour.

Putt works for Sorted, a facility that co-exists within the Bay of Plenty’s Child and Adolescent Mental Health Service. It deals with alcohol and drug intervention for those aged 18 and under. Sorted sees 230 to 250 young people a year.

Client experiences can span from being caught smoking cannabis to suffering drug-induced psychosis. Most Sorted clients are referred because their drug use has brought them to the attention of their school or Police. The most common drug use pattern is cannabis use daily and alcohol once a week.

Only two or three young people a year present to Sorted with meth problems. A few others will have used it, but it won’t be the drug at the centre of their dependency.

Police and health workers investigated – but found a total lack of evidence. A town meeting was arranged. A handful of people turned up, and no-one could pinpoint the source of their information.

Putt says people do not generally gain the networks or resources necessary to access meth until they’ve hit their late teens or early 20s.

“Obviously, we are [a service for people] under 18, and that has a huge bearing.”

Anecdotally, young people do not talk about meth use among their peers. They don’t mention using it or being approached by sellers of the drug. Putt says most teenagers aren’t actually interested anyway. Some may try it once but, like synthetic cannabis, it’s just not enough fun to be the drug of choice for most.

Farah Elnashi is clinical manager for Odyssey Auckland youth community team. A staff of 28 follows young people from assessment through to transition back into the community. The focus is on young people aged 13 to 18. At any one time, there are 13 young people in Odyssey’s residential facility. Odyssey holds the national meth contract for treatment of those up to age 24. Through this contract, priority for four of Odyssey’s residential beds is given to young people who have used meth. However, very few young people come to the programme because of a core dependency on it.

In the last year, Elnashi says there have been fewer than four young people – aged under 18 and hailing from across the country – who have been referred to Odyssey for help under the national contract because meth was the presenting issue.

“From what I can see, we have a lot of kids come through that have tried it once or twice.”

It’s not a total beat-up

Experts say there are definitely some issues of concern when it comes to young people and meth in New Zealand.

About 50 people arrived at Waitangi on 5 February as part of an anti-meth hïkoi from the Far North. Kaitaia anti-drug campaigner Reti Boynton told Radio New Zealand, “We’re sick of it. Our kids are suffering.”

He spoke not of children using meth but of their troubling proximity to the drug. “I’ve got reports of teachers finding it inside school lunchboxes. When the kids are asked what they’re doing with it, they say mum or dad asked them to drop it off at uncle’s place on the way home. Little kids like this are drug trafficking.

In recent months, Dunedin mums Rebecca Marechal and Jaz Hunter toured Otago towns to gauge the size of the meth issue in the region. Stuff reported that Marechal met many people who spoke of dealers targeting youth as potential customers. An Oamaru community worker claimed young people were offered “$5 tester bags” to help develop a habit.

Dunedin’s Aroha Ki Te Tamariki Trust/Mirror Services supports young people aged 12 to 22. Director Deb Fraser says meth use seems to be a more significant problem in the Otago region than some other parts of New Zealand, although she is not convinced by reports that the region is “saturated” with the drug.

“It’s here, and it’s accessible,” she says. Fraser knows of established networks that have offered ‘first go free’ to tertiary students in Dunedin and that The Octagon remains well known as a marketplace for the drug.

She says one-off opportunities such as ‘tester packs’ and ‘first go free’ deals play into the myth that meth is a drug that hooks people the very first time it’s used. While she does not believe this, she is concerned that these attempts to attract new people make it very easy for those who enjoyed the taster to get deeper into the drug and potentially develop problematic or dependent meth use.

In some places, numbers are on the rise

Fraser says around 12 percent of all referrals to Aroha Ki Te Tamariki Trust/Mirror Services are for problematic or dependent meth use. She could not immediately measure this rate against previous years but said she knew this illustrated a significant increase in the profile of meth as the drug of concern for clients.

She is unequivocal about the reason behind the difference between her figures and those at Elnashi’s Odyssey or Putt’s Sorted. It’s the age of the clients accessing their services.

“So we’re seeing the group that’s more likely to have exposure to meth use.”

Only two or three young people a year present to Sorted with meth problems. A few others will have used it, but it won’t be the drug at the centre of their dependency.

There is mounting evidence that meth – known there as ice or speed – is readily available to young Australians and is increasingly part of their drug-taking experience.

Research published by the Medical Journal of Australia found the percentage of young people in AOD treatment programmes who had used meth doubled in the five years to 2014.

Researchers surveyed 865 adolescents (aged 14–18 years) who were in residential AOD drug treatment programmes between 2009 and 2014.

The Guardian reported that, in 2009, almost 11 percent of those surveyed believed meth was their drug of greatest concern. By 2014, that had jumped to more than 48 percent.

While those surveyed also recorded high levels of cannabis use (85 percent), tobacco use (73 percent) and alcohol use (64 percent), meth was the only drug to have shown a significant upward trend over the five-year study.

The research team, led by Dr Sally Nathan from the University of New South Wales School of Public Health and Community Medicine, found links between meth use and the number of places a young person had lived and their enrolment in a special class at school. This suggested those with learning difficulties or unstable accommodation might be at a higher risk of methamphetamine use – or that use may result in learning issues and unstable accommodation.

Mark Ferry, AOD treatment programme director at Australia’s Ted Noffs Foundation, told The Guardian the increase in use was due to meth becoming more available as the price went down and its manufacture increased.

So what does it matter if society is overhyping meth use by Kiwi kids?

The numbers in New Zealand may be small, but the impact for those battling dependency, and those around them, is mammoth.

She says meth changes the chemistry of the brain so a user no longer gets pleasure out of normal experiences. They will smoke to feel normal, then crash. It’s extremely hard to come off, and the come down mirrors depression.

So it’s a menacing drug – what’s wrong with society reacting in a strong way to use of it?

Elnashi says one of the worst consequences of society believing there is a major problem with children and meth in New Zealand is that reactions to any use become hysterical and consequences can escalate very quickly.

“People see a kid using meth at school, they’re out.”

Or parents send their child – who may have only used it once – straight to rehab, which disconnects them from the protective factor of their schooling, their family and those friends who are not using.

Elnashi feels young people could, in fact, be pushed further in the direction of the drug if they lose the foundations of their former lives, such as school. She says none of the young people presenting to Odyssey with a dependency on meth have school as a protective factor.

The problem Putt sees with the overblown hype around meth and young people is that society will take its eye off the true problem among those with dependencies: alcohol.

He is keen to remind that alcohol is still a significant factor in Police callouts involving young people and says cannabis and alcohol are much more accessible to teens than meth. Cannabis is very cheap, if they pay at all, and is widely available through teen networks. Alcohol is harder to procure, but older siblings will often buy it for those under 18.

Elnashi agrees she’d be scared to see the focus drift off alcohol.

“[Meth’s] not the major problem. Let’s talk about alcohol.”

She says young people may try meth, but they rarely stick with it. They have easier access to cannabis and alcohol, and it’s not as expensive. If anything, she believes meth use might be slightly on the wane. Young people have made assessments of the drug’s pros and cons and decided it’s not worth it.

“It’s not an amazingly cool thing to do, unlike cannabis, which they think is so cool,” she says.