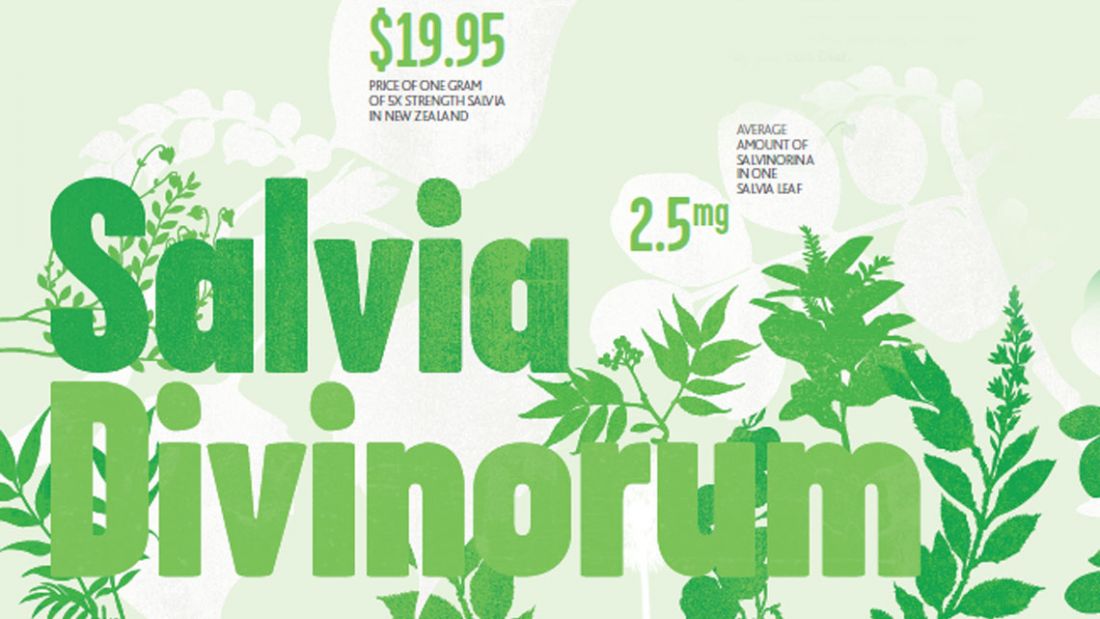 It’s not exactly the average herb you’ll find in your grandmother’s garden, but this mystical mint has become increasingly popular with the rise of the internet. From the humid highlands of southern Mexico, salvia has moved from a shamanic tool to a popular herbal high that throws up many questions and contradictions in our connected age.

The Mazatec people of Oaxaca in southern Mexico knew of a plant that could put them in touch with the spirits. Before the Spanish arrived carrying disease and religion, it was known as pipiltzintzintli and used by shaman to commune with the gods, as a medicine for those with bowel problems and to ease the elderly into the next world.

Salvia wouldn’t look too out of place in most herb gardens; its large leaves, hollow stems and occasional white flowers mean it looks a lot like its cousin mint.

Alongside psilocybin mushrooms and seeds from Convolvulaceae, drinking salvia tea and chewing the leaves ritualistically made up part of the Mazatec spiritual tool belt. The common name changed to reflect the religion forced on the people: Mother Mary came to them and they venerated her with salvia. Maybe it was because of this the Spanish did not stomp out ska María, like they tried to with psilocybin, but salvia use remained under the radar until more Europeans ventured to Oaxaca.

In 1939, Jean Basset Johnston, who was studying psilocybin mushrooms, came across a tea-drinking ceremony using hoja de adivinación, the leaf of prophecy. A few other expeditions also observed use of salvia by the Mazatec, but in 1962, the godfather of hallucinogens, Albert Hofman, travelled to Mexico with Robert G Wasson and took cuttings of the plant. He described it, published a paper about it and, of course, sampled some. Mrs Hofman, who had accompanied the pair on the trip, said she “saw striking, brightly bordered images”. How about that for a family holiday?

The predominant strain of salvia is often misattributed to Wasson and Hofman. While they were were among the first westerners to describe the plant, the misnamed Wasson-Hofman strain of salvia was actually collected by a chap called Sterling Bunnell.

For the next 25 years, salvia remained fairly obscure. That all changed when internet-based entrepreneurs started selling ‘legal highs’ online. Daniel Siebert is generally regarded as the godfather of online salvia sales and, by 1997, was selling salvia leaves that had extra salvinorin A sprayed on them to increase the effects.

While the distribution method was changing, the method of consumption was changing too. Where the Mazatec mainly drank salvia tea or chewed the leaves a couple at a time, Siebert’s new products were predominantly designed to be smoked.

Taking salvia isn’t generally described as a ‘high’ like it is with most other drugs. A ‘psycho-spiritual experience’ seems to be the best description from users on forums like Erowid or TripMe. While it does cause hallucinations, laughter and all sorts of mind-bending experiences, the effects are only felt for 15 minutes and are generally consciousness changing, not party starting.

The internet has played a role in not only distribution but in promotion of salvia. There are hundreds of videos on YouTube of people – including actress and pop star Miley Cyrus – smoking up some salvia and documenting their experience from an outside perspective.

The active compound in salvia, salvinorin A, was first isolated in 1982, but it wasn’t until 2002 that the pharmacological pathway of its action was figured out. Unlike other drugs, salvinorin only affects one part of the brain: the kappa opioid receptor. Because of this, it seems that users of salvia are incredibly unlikely to become addicted or dependent.

Salvia is legal to use and possess in New Zealand, but the Psychoactive Substances Bill currently before Parliament may change this status. It is, however, illegal in Australia, Canada, Japan, Russia and 14 American states.

Speaking of the USA, most of the YouTube videos and debate about whether salvia should or should not be legal comes from there. The videos, blog posts and media scaremongering – not evidence and research – have played a strong role in some states banning the herb, especially in the case of Brett Chidester in Delaware.

18-year-old Brett had been smoking salvia in the lead-up to his suicide. Although there is little evidence to show salvia was a contributing factor in the death, Chidester’s mother successfully campaigned to have saliva scheduled in Delaware with the equivalent severity to heroin within three months of her son’s death. This has led to a weird loophole in the law in Delaware where salvia the plant itself is a schedule I drug but salvinorin A, the active ingredient, is still legal.

Just as the Mazatec used salvia to treat diarrhoea, headaches and rheumatism and as a palliative to ease the dying’s pain, modern researchers have cottoned on that there may be medical and pharmaceutical applications for the herb.

One promising avenue of research is the treatment of cocaine addiction. In 2007, researchers at the University of Iowa gave cocaine-addicted rats salvinorin A, and they lost interest in cocaine. Because it only affects a single receptor, many researchers are looking at it with a mind to targeting other brain diseases like depression, schizophrenia and Alzheimer’s. However, because of its legal classification in some US states, it is becoming harder and harder to do research with the herb.

Price of one gram of 5x strength salvia in New Zealand.

Average amount of salvinorin A in one Salvia leaf.

Percentage of Canadians aged over 15 who have tried salvia (no data for New Zealand).

“At times, one who takes the María becomes half-drunk, but with the result that what they are taking will be engraved on their mind.” — Doña J (a Mazetec shaman), interviewed by José Luis Díaz. 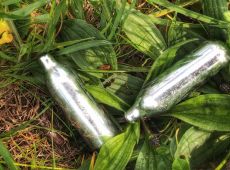