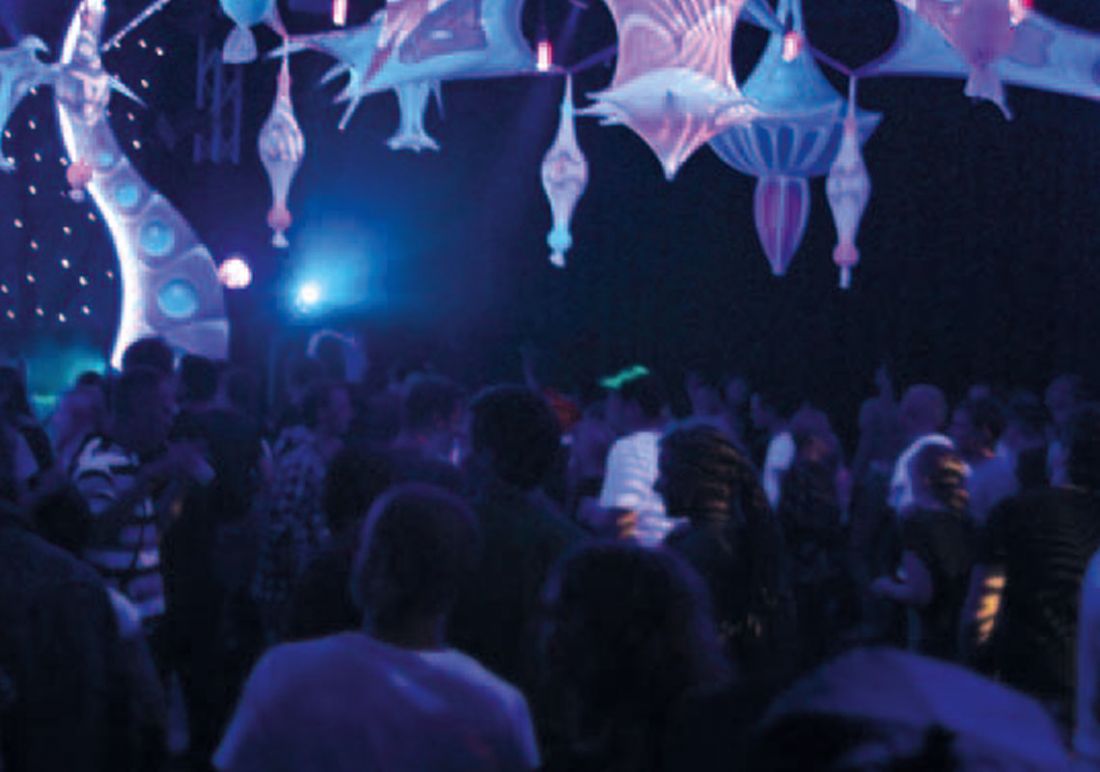 The dance party scene is renowned for being up with the latest and best dance-enhancing substances. But sometimes things can go wrong. ChEckiT is an integrated drug checking service in Vienna that helps party goers make good decisions. Jackson Wood went along to a rave to check it out.

It’s only 11pm. The party hasn’t started yet, and the ChEckiT team are busy setting up their stall in the chillout room at WUK. It’s a small table, but it’s a small table that has changed the face of dance parties in Vienna.

Fifteen years ago, there was an atmosphere of uncertainty among politicians and the general public about the scene.

The scene, explains ChEckiT’s Steve Mueller, is the electronic music scene. It came late to Vienna. But when it came, the parties grew to a size where they became visible to the public and to politicians.

“They didn’t know what was happening there, they were just becoming aware that there is something happening around this new music and around big old factories where a lot of people go and just celebrate something,” Mueller says.

“They were aware there was no alcohol there. They had a lot of questions, and they had fears.”

Out of this fear, ChEckiT was born. ChEckiT is an integrated drug-checking service. It’s not drug testing. It’s a trusted source of advice and counselling for drugs. It’s clever harm reduction that goes straight to the source.

Mueller says three things came together: social workers in or around the scene; politicians ready to listen to the social workers; and a wave of other European cities starting up drug-checking services.

“There were social workers who had an insight into the scene – they had friends in the scene or had been in the scene, and they had a professional background. They were credible people for the politicians to talk with.

“Then there was a politician ready to listen to them. The idea was to find out what was actually happening. They started a research project, not just researching the scene in Vienna and throughout Austria but in Europe and looking for how other states or cities were dealing with it.”

What they found was that Switzerland was running a safer parties programme, as was the Netherlands. So there was precedent. Mueller credits the social workers for pulling everything together.

“They were part of the scene and had a professional background. I think that was a credit, the crucial bit. The politicians would have never talked to just people from the scene, it wouldn’t have been credible enough for them.”

Credibility is no longer a problem. In its 16th year, ChEckiT rolls out once a month to dance parties around Vienna. They also have an office in a nice part of town and are an accepted part of the scene and with the Police.

So how does it work?

The stall is more than just a repository for condoms, apples and drug information. It’s a gateway to getting good info about drugs so people can make good choices. It’s not patronising. It’s honest. It provides help.

From the stall at the back of the chillout room, people are directed to the sampling station. Here, people talk with a counsellor in private. A small scraping of their pill or their powder is taken. The person tells the counsellor what they think it is. They have a chat about their drug use. The person gets given a number. From here, the scraping heads to the lab.

We walked over to the lab at Vienna Hospital. After getting lost in the labyrinth of late 70s orange linoleum, we find a small room with a large machine in it.

The technician says they’re seeing a lot of MDMA in very high concentrations at the moment as we wait for the first tests to be run.

Back in the chillout room, the party is kicking off. People wander up to the ChEckiT stall. Eyes dart down to their hands and then scan the wall for their colour-coded result paper.

People start talking to the ChEckiT crew. Asking them questions not just about the testing but about their use and drugs in general.

This is integrated drug checking. It’s not just a test, Mueller stresses.

“Our approach makes the service more useful for people. Most people think drug checking is just the handling, the chemical analysis of drugs and handing out results.

“People get information about drug use in general, general drugs knowledge or about different substances – how they can affect their bodies and how the person can actually deal with them.

“Then they get advice, which gives people the knowledge they need to handle their specific substance. They get information related to the drug they have in their hands.

“It’s personalised harm reduction information, and that makes it so, so, so credible for our service users. They know that the information I’m getting here is related to my drug and it’s related to me.”

Mueller says people specifically come to parties where they know ChEckiT is going to be, and it has had an impact on the scene.

“They get more, they reflect more about their drug use. It’s not only that they get the chance to reflect about the drug use when they are at the results wall, but they actually get information.

“They now know there can be five or eight different substances in a sample of cocaine, which they did not know before. Then they tend to change the way they think about their own drug use and about the people they get the drugs from. Most people don’t realise that the people they buy from actually don’t know what they have because they don’t have an analysis.”

On an average night, they would run 100 tests and talk to that many people again. Through ChEckiT’s homebase, they reach even more people and not just in the scene. They also work with the city of Vienna and the hospital to monitor drug trends and work with the Police on training around drugs.

The party won’t finish until midday the next day. People come and people go. Steve tells me that ChEckiT has been a success. Overdoses are down. People are accessing help and treatment. They are trusted in the scene. ChEckiT is truly a success of community-driven harm reduction.